Marlon Vera made a statement at UFC San Diego. After struggling with Dominick Cruz's technique for the first couple of...
Read more
Home ENTERTAINMENT Cardi B uses microphone to keep fan at bay during wireless set
ENTERTAINMENT
July 10, 2022 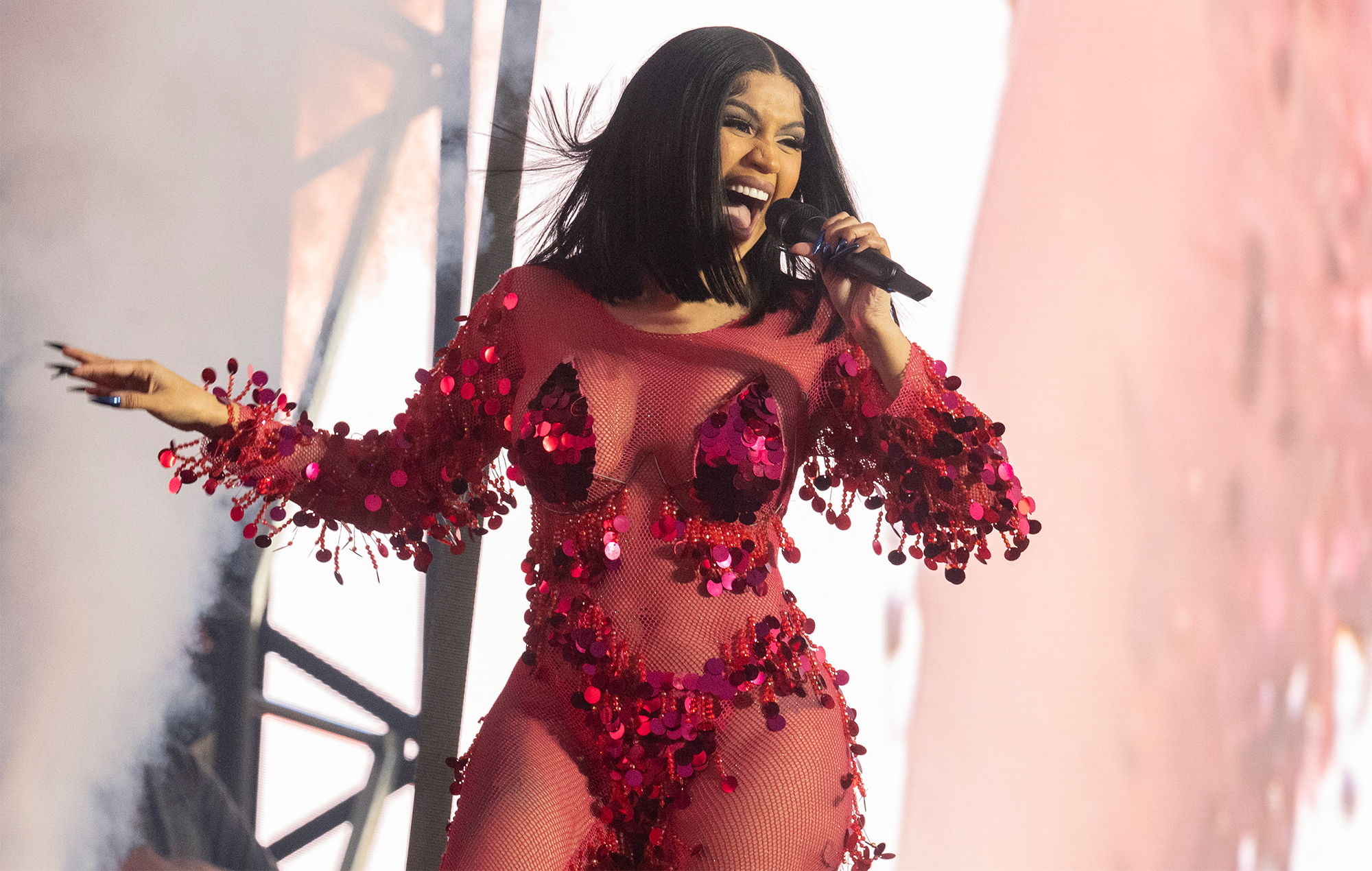 
Cardi B appeared to struggle with a crowd member during her first set at this year’s Wireless Festival, using her microphone to push them away when she hopped down into the crowd.

The moment happened at the very end of her set, when she hopped into the crowd to perform her 2017 hit ‘Bodak Yellow’. In a video posted to social media, Cardi can be seen forcibly pulling back from a punter that appears to try snatching her microphone away.

After singing her final lyric, she leans back into the crowd and appears to hit the offending crowd member with the mic – a “thunk” from the mic can be heard when it makes contact with the crowd. Rumors surged online that Cardi and the concertgoer were embroiled in a “fight”, however the rapper herself denies that was the case.

Have a look at the moment below, then see Cardi’s response to the rumors:

While the rooms, neighborhoods, and playgrounds pretend a whole fight happened pic.twitter.com/BdttatYJfH

It wasn’t NO FIGHT! itsKenBarbie got the whole thing on their page 2 https://t.co/2PclxZWaIT

Elsewhere during her first Wireless set – which took place at the Finsbury Park edition on Friday (July 8) – Cardi invited Megan Thee Stallion to join her in performing their smash-hit joint single ‘WAP’. It marked the first time that Cardi and Megan performed the song together in the UK, almost two years after it originally landed.

This year’s Wireless Festival kicked off in Crystal Palace Park last weekendrunning over July 1-3 with A $ AP Rocky, J. Cole and Tyler, The Creator headlining. Both the Finsbury Park and Birmingham NEC editions are currently underway, with the last sets going down tonight (July 10).

Cardi headlined the first night of the Finsbury Park stint, and did the same last night (July 9) in Birmingham. J. Cole will head up the latter bill tonight, while Nicki Minaj leads the fray at Finsbury Park. Burna Boy was also billed to appear at both editions, but pulled out inexplicably on Thursday (July 7).

‘WAP’ will appear on Cardi’s forthcoming second studio album, which is yet to be formally announced, but expected to arrive sometime in 2022. Last month, she responded to the criticism she received after confirming that ‘WAP’ – as well as last year ‘Up’ – would appear on the album. “Imagine me not putting my OWN records on my album,” she tweeted, responding to users that alleged she would only include the two songs to take advantage of chart certifications.

Also due to be featured on Cardi’s new album is the Kanye West and Lil Durk-assisted ‘Hot Shit’, which she dropped at the start of July. While an official release date for the album has yet to be revealed, Cardi confirmed in May that it’ll arrive this year, citing “technical difficulties” for the lengthy gap between it and her 2018 debut, ‘Invasion Of Privacy’.