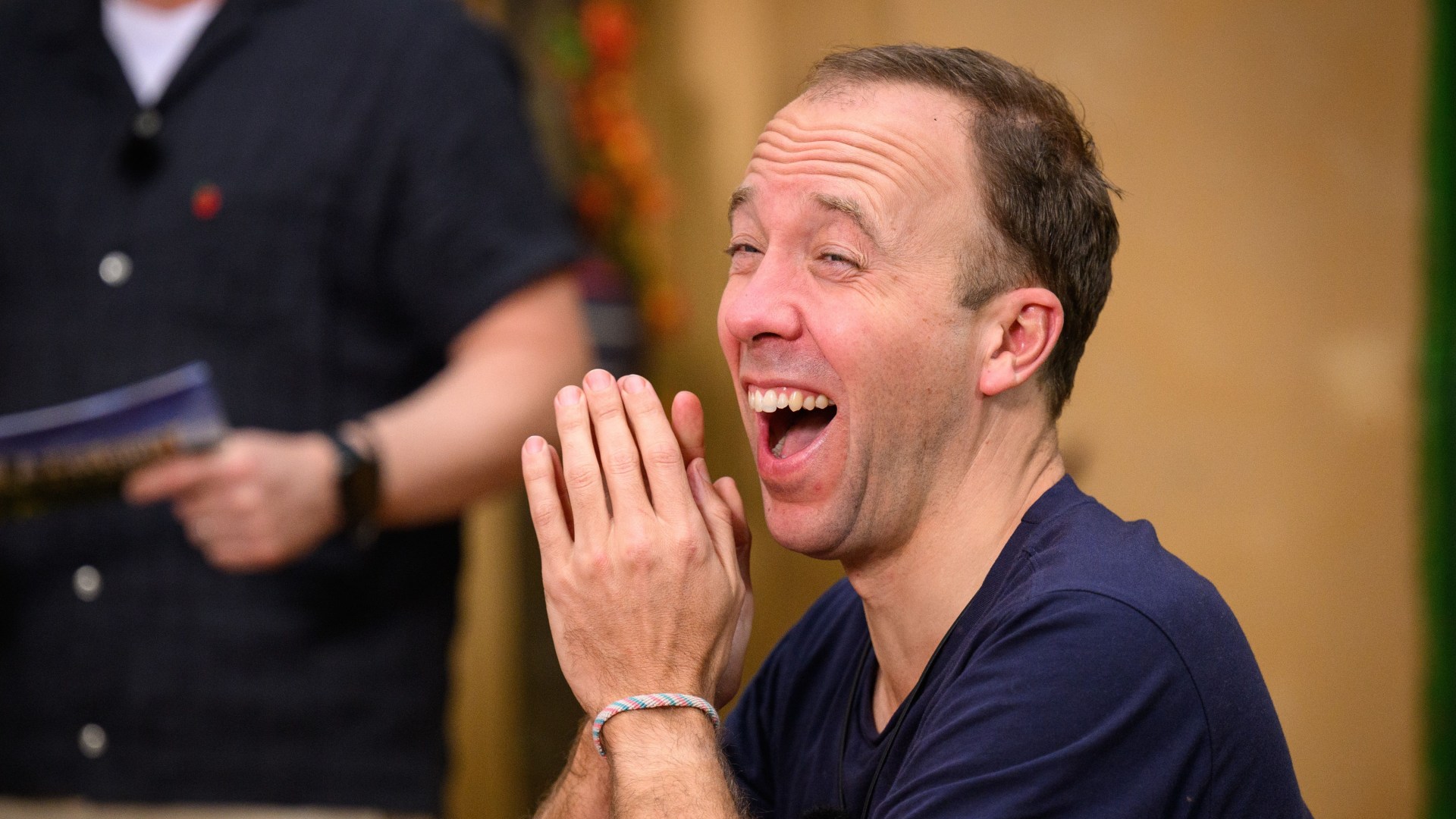 
WHEN Matt Hancock first strolled into the I’m A Celebrity jungle, what’s the betting that half of Westminster tuned in to watch what they assumed would be his televised humiliation?

From Cabinet minister at the forefront of pandemic strategy to disgraced breaker of his own Covid rules (and marital vows), there was no way this was going to go well. Right?

Wrong. At the time of writing (a few hours is a long time in politics) the former Health Secretary appears to have gone from zero to, not quite a hero but, at the very least, someone who cheerfully gives everything a go, is admirably competent and doesn’t take himself too seriously.

He is proving himself to be that something the British adore: A good sport.

At the start, he said he wanted to show people what he was really like and was there for “a little forgiveness”.

A bold aim, but it might just be working, for many of the online messages of denigration at the start have now largely morphed into “Team Matt”.

In fact, his appearance on the show so far has been such a resounding success that one suspects plenty of other MPs are now on speed dial to their aides, demanding “I’m A Politician, Get Me In There” for the next series.

For the record, I don’t think reality television is the place for an MP who should rightly be back in the UK serving his constituents during these tough times.

But perhaps I’m old-fashioned and an appearance on reality TV is the future when it comes to politicians engaging directly with the electorate?

After all, it didn’t do Nadine Dorries any harm, did it? When she appeared on I’m A Celebrity ten years ago, people (one of them probably me) said it would mark the end of her political career.

Yet she bounced back and was a Cabinet minister from 2021 until September this year.

Penny Mordaunt was recently in the running for party leader despite her appearance on reality diving show Splash! in 2014.

And if Ed Balls ever decides to return to politics, his self-deprecating “Gangnam Style” dance on Strictly will have done his profile no harm at all.

As proved by the MP for Have I Got News For You (aka Boris Johnson) an entertaining TV appearance can reach the parts of voters that no amount of podium-clutching speeches can.

Back in November 1956, a rookie producer called David Attenborough worked on the first televised address to the nation by a politician.

It was Prime Minister Anthony Eden, and Attenborough recalls turning up at Downing Street to find the PM in bed, “looking dreadful, in his pyjamas”, with pill bottles lined up next to him and his wife applying mascara to his moustache.

More accustomed to speaking on the radio and not having to worry about what he looked like, Eden was nervous and it showed.

Compared to younger politicians who started embracing TV as a way to get their message across to the masses, he never mastered the art before he resigned with ill health the following year.

So the power of being relaxed on camera cannot be underestimated, and perhaps Matt Hancock’s foray into reality TV is the next logical step for all government wannabes.

Hell, let’s just go the whole hog and make the next general election a televised experiment where all contenders are put through a set of Bushtucker Trials to see what they’re made of.

After all, if they can’t handle Crevice Of Cruelty, Critter Canteen or Hellevator, then we’ll know they won’t last five minutes in the House of Commons.

Leonardo DiCaprio was trying not to be spotted as he left New York restaurant Cipriani after an alleged date with model Gigi Hadid, who left separately while half-covering her face in a scarf.

They’re both single so what’s the big deal whether they’re photographed together or not?

Also, if they really want to avoid the glare of the paparazzi, perhaps dinner at an obscure local eatery might be advised rather than one of the hottest restaurants in town?

ARGENTINIAN TV reporter Dominique Metzger says her wallet was stolen from her handbag as she danced with fans at the World Cup in Qatar.

When she told the police, she was surprised by their response.

“They told me, ‘What do you want justice to do about this? We will find the wallet. . . We have cameras everywhere, high-tech cameras and we will find the thief with face detection technology.

“Do you want us to sentence him to five years in prison, (or) to be deported?”

Dominique told them that decision wasn’t up to her, but what a contrast to certain areas of the UK, where personal property theft often prompts a lame police response of: “We’re too busy to investigate this but here’s an incident number for your insurers.”

SIMON DANCZUK is engaged to a beauty therapist 28 years his junior after meeting her in person just a handful of times.

Lest we forget, 56-year-old Mr Danczuk is the former Labor MP for Rochdale who was suspended from the party in 2015 for sending sex texts to a 17-year-old girl. Two years later he stood as an independent but lost.

“There is no fool like an old fool,” he said at the time, and added that it was a low point in his life because he’d recently split from his wife Karen, famous for selfies of her cleavage.

Their marriage broke down after it was reported he’d had sex with a 22-year-old woman on his constituency office desk after meeting her days earlier on Twitter. As you do.

He later became engaged to Charlene Meade, who was 19 years younger than him, but after she ended it he met Claudine Uwamahoro this March while on business in her home city of Kigali, Rwanda.

He visited again in May and proposed on his third visit just two weeks ago.

It’s easy to see what Mr Danczuk sees in Karen, Charlene and Claudine – but what on earth, pray tell, do they see in him?

Of his latest, much younger lover, he says: “I’m not big on age. It’s just a number as far as I’m concerned, so it’s not a factor.”

How convenient given his “nursing years” will arrive long before hers.

“Yes, Sarah was topless, but this was the south of France, for heaven’s sake. And we were in private – or so we thought,” he says.

He adds that Sarah’s daughters Beatrice, then four, and Eugenie, two, were with them and “we were playing Cinderella and I said, ‘Let’s kiss Mummy’s toes’. It was part of the game”.

Er, right. The toe-sucking scene in Cinderella must have passed me by.

Either that or he’s muddling it up with Cinderella.

WASTE OF OUR MONEY

That would buy us around 260 new secondary schools, or 66 hospitals, or stop numerous charities from going under, or help the cash-strapped arts sector. . . you name it.

Meanwhile, more than 1,700 unsuccessful compensation claims by prisoners were kicked out of court in 2021 alone – but not before they had cost the taxpayer around £60million.

One example was a prisoner who tried to sue for a breach in his human rights after finding a spider in his cell.

Given that we’re currently seeing celebrities being tormented by creepy crawlies in the name of TV entertainment, it beggars belief that this spurious claim was even made in the first place, let alone reached court.

Whatever happened to common sense?