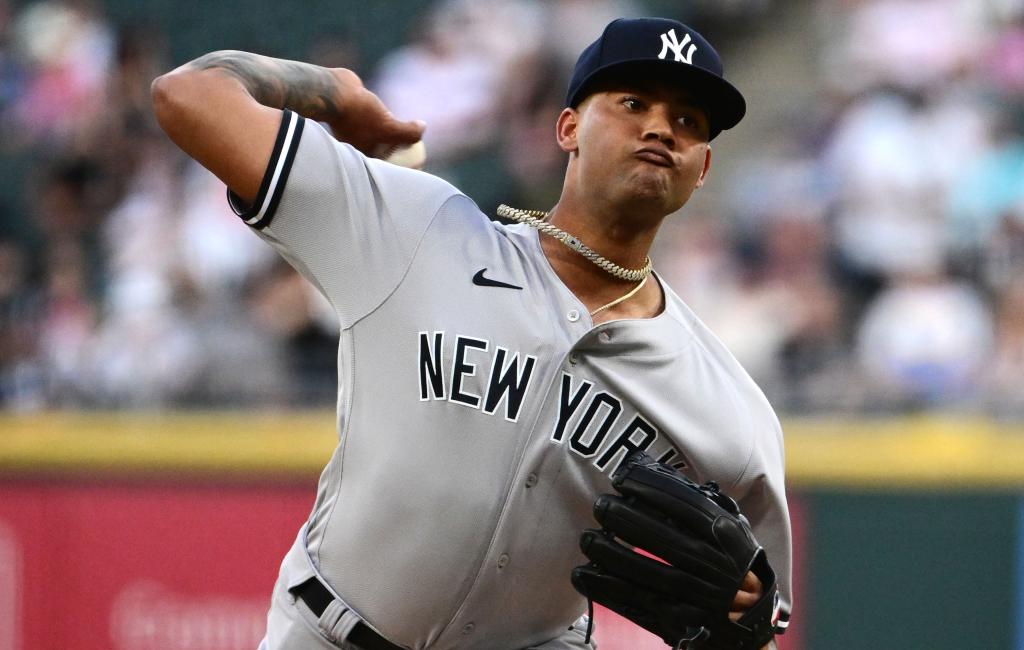 
BALTIMORE – The Yankees’ pitching depth may have taken a hit on Wednesday, as right-hander Luis Gil left his start for Triple-A Scranton / Wilkes-Barre with an apparent elbow injury.

According to The Times Tribune of Scranton, Gil pointed to his elbow before being removed in the fifth inning.

Gil was making his first start after being optioned back to Triple-A following his start with the Yankees on May 12, when he allowed four runs in four innings in a win over the White Sox.

With Clarke Schmidt proving valuable in the bullpen and Deivi Garcia having another miserable season, Gil figured to be part of the Yankees’ pitching plans at some point again, especially after he showed promise in six starts with the Yankees in 2021.

That’s on hold for now.

The Yankees have had excellent health among their rotation so far. If that changes or they alter their plans to add a sixth starter again, they could still look to JP Sears, who has pitched well at Triple-A, as well as Hayden Wesneski, although he is not on the 40-man roster.

Joey Gallo and Aaron Hicks are both in deep funks at the plate.

Gallo had shown signs of coming around offensively for the Yankees, but he has followed a seven-game, 6-for-20 stretch in which he hit a pair of homers by going hitless in three straight games (0-for-13 with eight strikeouts). Desperate Yankees fans at Camden Yards chanted his name after Gallo walked in the ninth inning of their 3-2 win over the Orioles on Wednesday night, with right-hander Jorge Lopez pitching around him.

One of the problems Gallo has had this season is an almost complete lack of production with runners in scoring position.

Over the course of his career, Gallo has an OPS of .786 with runners in scoring position and a .798 mark with runners on base.

This year, those numbers have plummeted, with a .389 OPS with RISP and .456 with runners on base.

It’s among the reasons why Gallo, despite having five homers, has just seven RBIs in 118 plate appearances.

Many of Gallo’s advanced metrics remain solid and the Yankees still expect his production to increase. His inconsistency at the plate comes with the territory and the Yankees’ otherwise incredibly fast start has allowed Gallo to try to work through his lack of production.

Hicks hit the leadoff Wednesday and went 0-for-4, leaving him in a 2-for-34 slump.

Zack Britton is still rehabbing from last year’s elbow surgery and is expected to begin throwing off a mound for the first time soon. The Yankees are hoping for a late-season return for the left-hander.