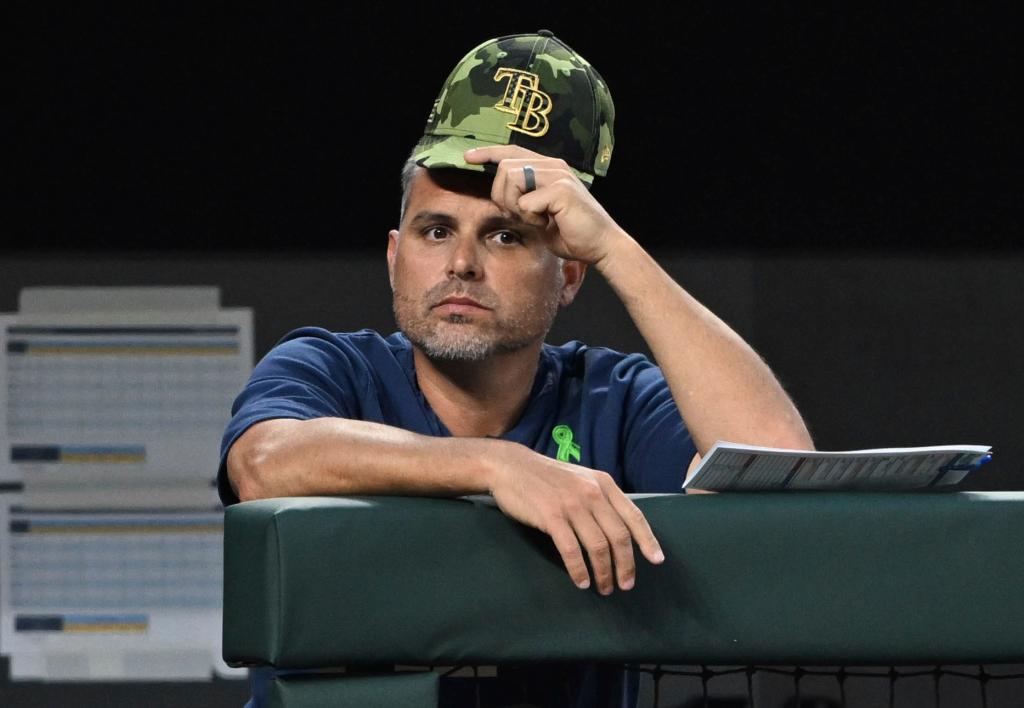 
More than a quarter of the Yankees’ season has passed, creating a lengthy sample size of results.

Early indications are the Yankees, who own the best record in baseball at 31-13, are legitimate title contenders. Beginning Thursday, however, they will begin to find out even more about themselves.

They will open their season series again the rival Rays, the two-time AL East defending champions who have given them fits in recent years, and they will do so at far less than full strength.

After finishing behind Tampa Bay the last two seasons, the Yankees have built a sizable lead in the division, taking a four-game edge in the loss column into the four-game series. But that margin could get chopped down in St. Petersburg, Fla., For the shorthanded Yankees, who placed Giancarlo Stanton (right ankle, though the Yankees originally announced he has a right calf strain) and Jonathan Loaisiga (shoulder) on the injured list Wednesday, joining Chad Green (Tommy John surgery) and Aroldis Chapman (Achilles tendinitis). Josh Donaldson is also still on the COVID-19 list.

“It’s a divisional opponent that we know is going to be there the whole way that we want to play well against,” manager Aaron Boone said.

Last year, the Rays won 11 of 19 meetings. The year before, Tampa Bay took eight of 10 and eliminated the Yankees from the postseason in the ALDS.

The Rays are a season-high nine games over .500 and are enjoying a strong May. They are 15-8 in the month, highlighted by a six-game winning streak from May 2-7. Pitching has carried them. Tampa Bay has a team ERA of 3.30, the fifth-lowest number in the sport. Southpaw Shane McClanahan has excelled, notching a 4-2 record and a 2.06 ERA. He is projected to start the series finale on Sunday against Luis Severino. Nestor Cortes will start for the Yankees on Thursday, Jameson Taillon will face Jeffrey Springs on Friday and Gerrit Cole will match up with former Yankee Corey Kluber on Saturday.

“They can really pitch and then they got a really versatile, complimentary roster,” Boone said of the Rays. “They have speed, defense, they hit for power. They’re a very complete team that you got to play really well if you’re going to have a chance to beat them. They’re battle-tested. ”

Former top prospect Manny Banuelos will be on the Yankees’ taxi squad for the series against the Rays. After spending the last two years playing in Taiwan, Mexico and China, the 31-year-old left-hander signed a minor league deal with the Yankees in January. He has pitched to a 2.35 ERA over 30 ² / ₃ innings for Triple-A Scranton / Wilkes-Barre this year.

“There’s a lot of emotions right now,” said Banuelos, who last pitched in the major leagues with the White Sox in 2019. “It’s been a long journey. I’m really excited. ”

After their victory Wednesday, the Yankees sent winning pitcher JP Sears and outfielder Estevan Florial to Scranton / Wilkes-Barre. Catcher Rob Brantly was designated for assignment and right-handed reliever David McKay was recalled from Triple-A before the game.