Women have a higher probability of knee wear and tear due to genetics, study finds | CBC News 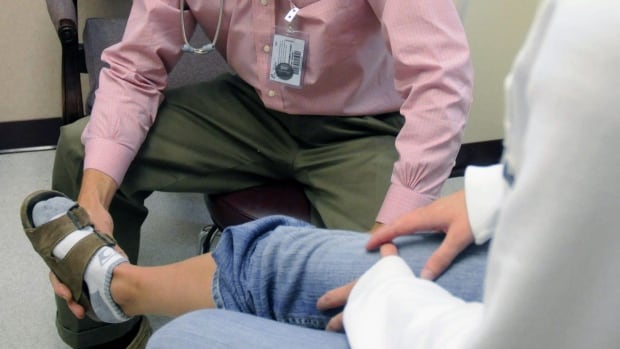 
Women are at a higher risk of knee osteoarthritis than men due to genetic differences, according to new research at the University of Alberta that paves the way for early detection and treatment.

Adetola Adesida, principal investigator for the research and a professor of surgery, told Edmonton AM the variation was confirmed after testing bioengineered cartilage in simulated low gravity.

“Our research basically showed that the way female cells respond to microgravity is more inflammatory, which could lead to more pain,” he said Friday.

His team found that 15 genes associated with the development of osteoarthritis were much more elevated in half of the female donors when compared to their male counterparts.

As genetics can be identified through blood, a simple blood test can identify if someone is at a higher risk for knee osteoarthritis and allow for early detection and treatment.

Adesida said he decided to look into the issue after discovering a lack of literature and data into the main causes of knee osteoarthritis in women – until now the main culprit was thought to be hormone differences.

The research was conducted using the cells of torn meniscus unable to be healed and taken out by orthopedic surgeons. The cells from those menisci, for both men and women, were then used to engineer more menisci to conduct the experiments on.

The simulations were held in a NASA-built bioreactor that provided the end results.

Adesida said the reason the connection had not been discovered previously was because diseases are often caught at a much later stage, in which case they may look different than their developmental stage.

“We tend to look at it when it’s all happened, which is pretty much too late,” he said.

Following his research, Adesida said women approaching the age of 40 could now find out early if they are at risk for osteoarthritis.

The results from this study could help women not only on earth but also in space, where lack of use of the meniscus, C-shaped cartilage wedged between your shin bone and thigh bone, results in atrophy.

Whether with or without the genetics for osteoarthritis, Adesida recommends everyone take part in healthy activities to reduce the risk of knee pain.