HomeSTATESWoman pedestrian killed after being hit by lorry when 'BMW stopped on...
STATES
November 12, 2022 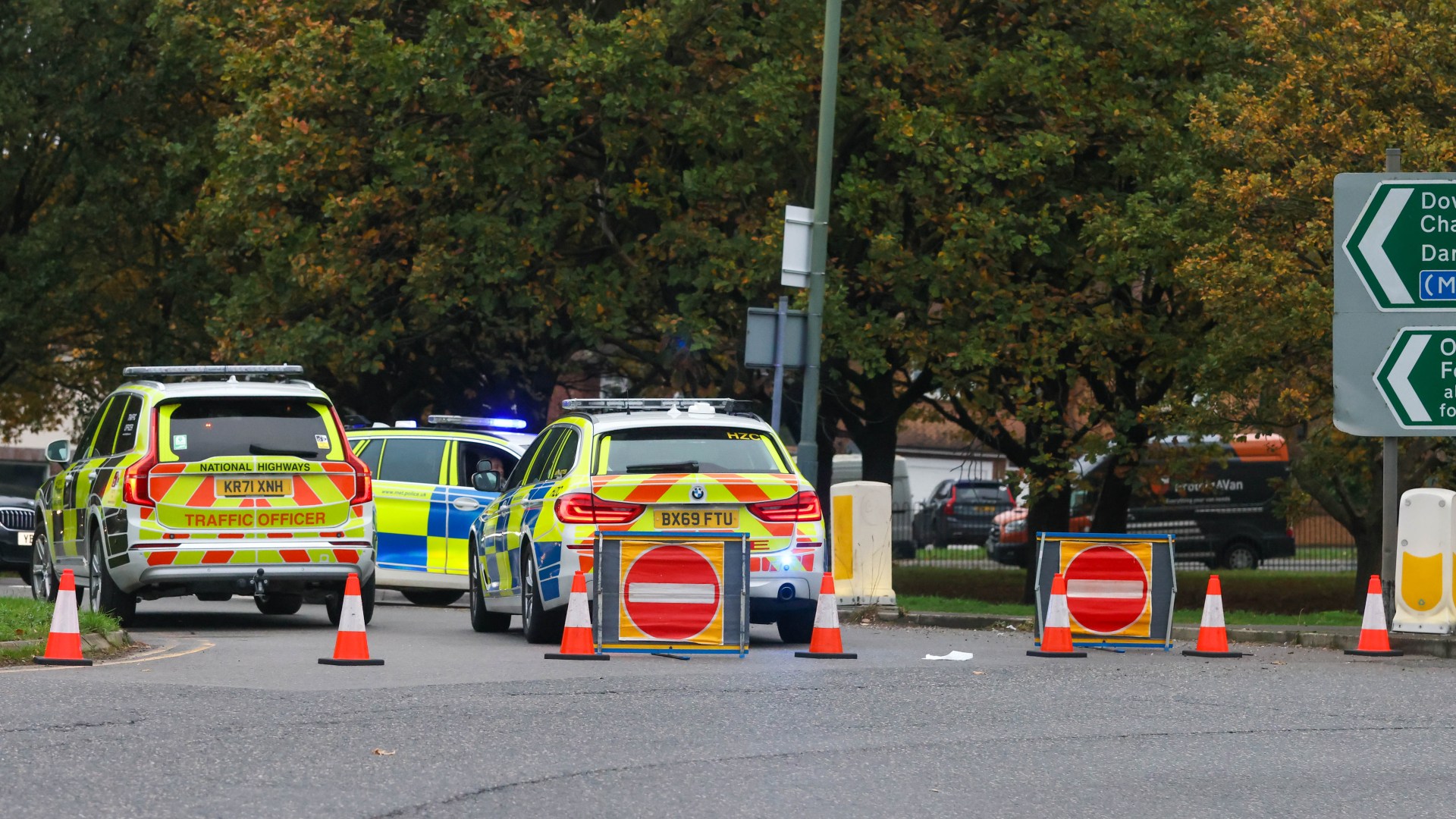 
A FEMALE pedestrian has died after being hit by a lorry in a horror crash on the A2.

The woman had been traveling in a gray BMW, which had stopped on the carriageway near Dartford Heath in Kent.

She was then involved in a collision with a white DAF lorry in the horror at around 2.45am this morning.

Emergency crews were scrambled to the scene but sadly the woman could not be saved and was declared dead shortly after.

Kent Police confirmed her next of kin have been informed.

No details of the woman’s age or how she came to be on foot have been released.

The Serious Collision Investigation Unit has launched a probe and are appealing for witnesses to come forward.

Kent Police said: “Police are appealing for information and dashcam footage after a pedestrian died following a collision on the A2.

“The incident happened at around 2.45am on Saturday 12 November 2022, at a location close to Dartford Heath on the London-bound carriageway.

“The collision involved a white DAF lorry and it is reported that prior to the incident the woman had been traveling in a gray BMW which had stopped on the coastbound carriageway.”