HomeSTATESWhere are the Kray Twins buried and can you visit their grave?
STATES
November 24, 2022

Where are the Kray Twins buried and can you visit their grave? 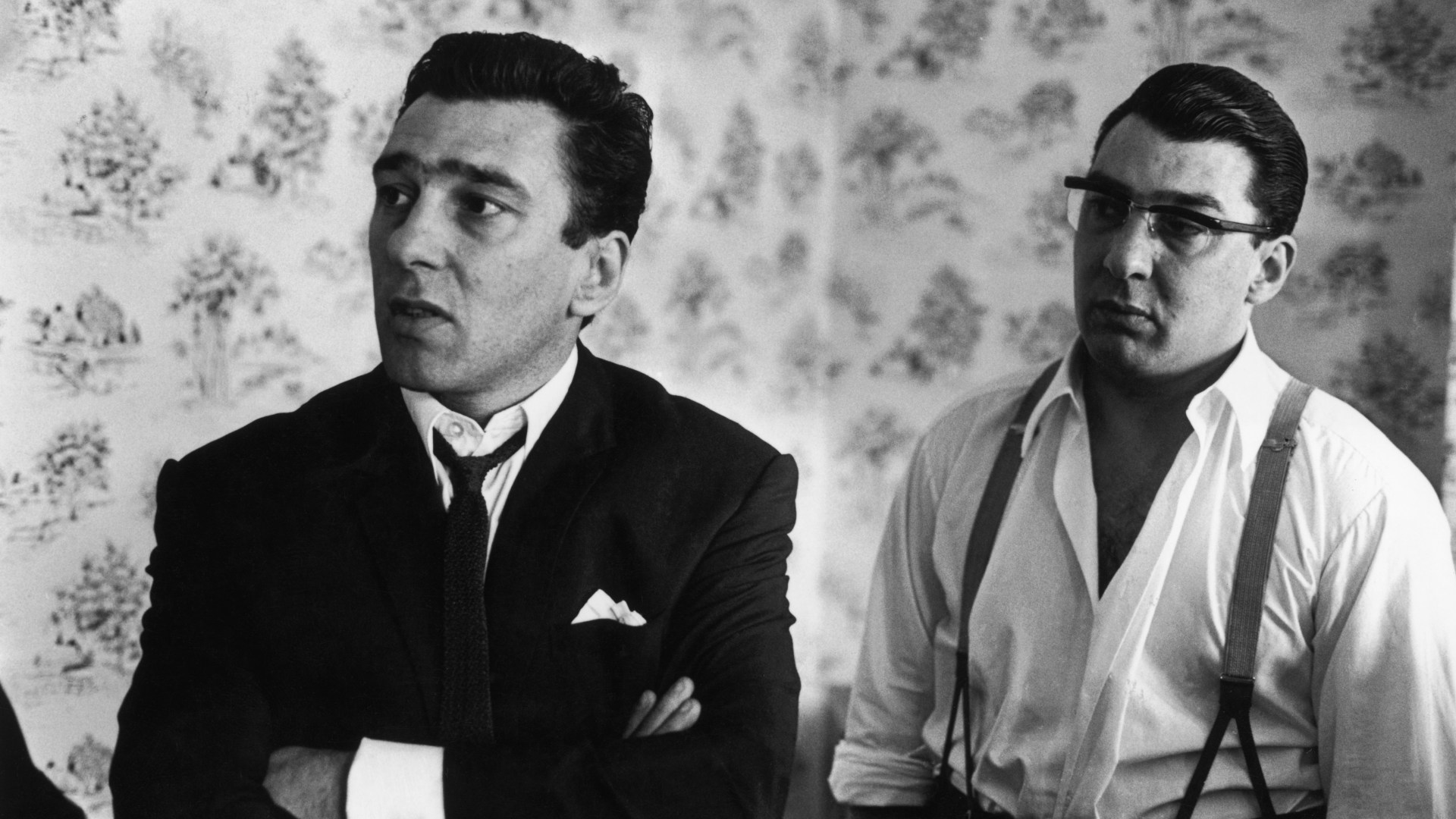 
THE Kray twins ruled the London underworld from 1957 until they were jailed for murder in 1969.

We take a look at where the infamous gangsters were buried.

Where are the Kray Twins buried?

The Kray Twins are buried in Chingford Mount Cemetery in the London Borough of Waltham.

Ronnie was buried without his brain after police pathologists secretly removed it, Reggie testified.

Stephen Gold, a solicitor for the Kray Twins at the time, looked into the issue as to why the pathologist decided to remove the brain when it was already confirmed that Ronnie had died of a heart attack.

Mr Gold also tried several attempts to learn more about the testing on Ronnie’s brain samples but he was denied by the Information Commissioner.

The brain of Ronnie was eventually buried at a second funeral, their elder brother Charlie testified.

Are the Kray Twins buried together?

Ronnie and Reggie are buried with their older brother Charlie Kray.

Their parents Gary Kray and Violet Annie Lee are also buried in a family plot alongside the infamous gangsters.

The first wife to Reggie, Frances Shea is buried in the same plot.

It is believed that Frances’ death led Reggie to excessive drinking and his downfall, before he murdered Jack McVitie four months later.

Before going to prison, it is believed that Reggie visited her grave, sometimes more than once a day.

Can you visit their grave?

Once you enter the cemetery you need to head up to the top left-hand corner of the cemetery where they are buried.

The cemetery covers 41.5 acres and is planted with mature trees.

The cemetery was opened in 1884 on the site of the house and grounds of Caroline Mount.

It was taken over by the London Borough of Waltham Forest in 1977 and the lodge was subsequently replaced with a less inspiring structure.

When did the Kray Twins die?

Ronnie remained in Broadmoor Hospital until his death on March 17, 1995, after suffering from a heart attack at the age of 61.

Reggie was allowed to attend the funeral out of prison in handcuffs.

Reggie was released from prison on compassionate grounds in August 2000, eight and a half weeks before his death from cancer.

Their reputation preceded them even in death, with onlookers crowding the streets to catch a glimpse of the famous gangster’s coffin as it was taken through the East End.