What Whitney Houston was supposed to sing 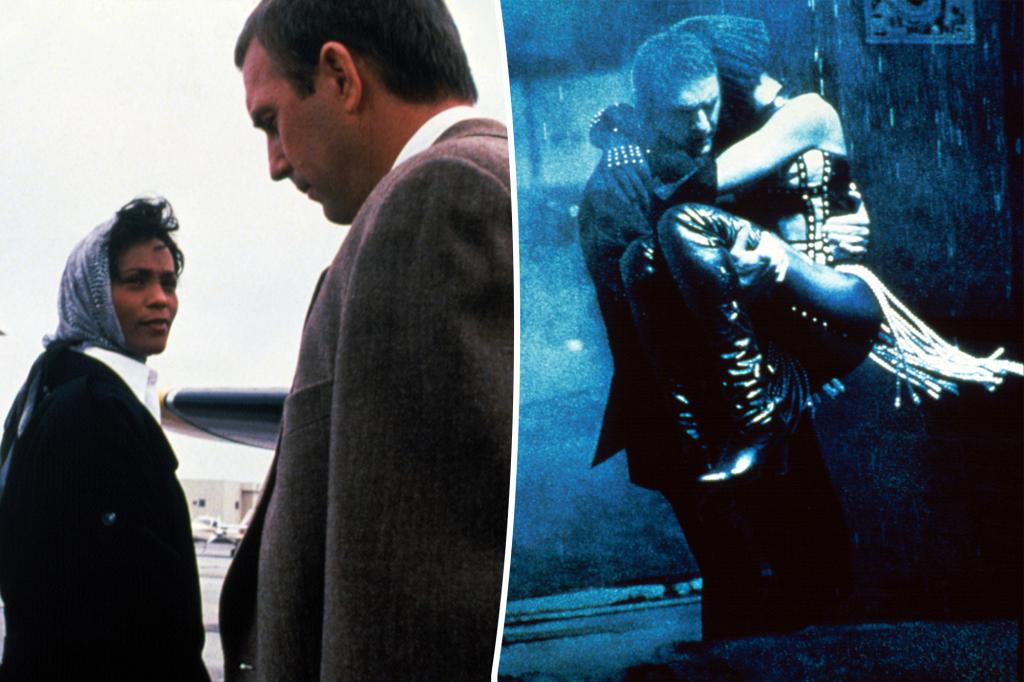 
What a difference a song makes — especially when it’s sung by the Greatest Voice of All.

That was no doubt the case when Whitney Houston’s epic rendition of “I Will Always Love You” hit No. 1 before “The Bodyguard” — the blockbuster flick that spawned the smash single — was even released 30 years ago on Nov. 25, 1992. But Houston’s forever-claiming cover of Dolly Parton’s 1974 country hit wasn’t the original choice to soundtrack the moment when the singer and Kevin Costner ran into each other’s arms in a bittersweet goodbye at the end of the romantic thriller.

“She was supposed to sing ‘What Becomes of the Brokenhearted,’” Maureen Crowe, music supervisor of “The Bodyguard,” told The Post about the 1966 Jimmy Ruffin Motown classic. “But when you slow that song down, it’s like a dirge. And it had been covered for ‘Fried Green Tomatoes’ [by Paul Young in 1991], and it was climbing the charts as we were shooting ‘The Bodyguard.’ So we couldn’t use that song because it would just seem like we ripped it off from ‘Fried Green Tomatoes.’ “

It was Crowe who went on to suggest “I Will Always Love You” — which she had only previously heard from Linda Ronstadt’s 1975 remake — to producer-star Costner. And the rest is movie history.

“The Bodyguard,” which was R-rated, went on to become the second-biggest worldwide film of 1992, second only to the top-grossing G film “Aladdin.” With Costner on an unstoppable roll from 1987’s “The Untouchables,” 1988’s “Bull Durham,” 1989’s “Field of Dreams” and 1990’s “Dances with Wolves,” and Houston at the peak of her pop powers with nine No. 1 hits already in her career, it was a magical meeting of the best — and biggest — of both worlds.

It was even hard to tell which was stronger — the movie or the soundtrack. With Houston at the crystal-high-note-hitting helm, the “Bodyguard” LP went on to become the best-selling soundtrack of all time and won the Grammy for Album of the Year in 1994. But as major of a big-screen Debut as it was for the late superstar, she had deep doubts about stepping into the role of another über diva — Rachel Marron — who needs bodyguard Frank Farmer (Costner) to protect her from a stalker.

“She was nervous about the whole thing, and I remember she said a couple times, ‘You know, I don’t know what I’m doing — I’m a singer, I’m not an actor,'” said Tomas. Arana, who played former Secret Service agent Greg Portman, who turned out to be the hitman hired to kill Rachel. “And I said to her, ‘Whitney, you’re a star — don’t worry about it.’ “

Indeed, Costner — who finally got cameras rolling on the Lawrence Kasdan script after it was originally attached to Steve McQueen and then Ryan O’Neal to play opposite Diana Ross in the ’70s — only wanted Houston in the role of Rachel Marron.

And DeVaughn Nixon — who, at 8 years old, played Houston’s son Fletcher in “The Bodyguard” — believes that the role of Rachel Marron was as tailor-made for her as one of the custom costumes she wore in the film.

“It was pretty true to herself,” said Nixon, who now stars on HBO’s “Winning Time: The Rise of the Lakers Dynasty” — playing his basketball-star dad Norm Nixon — and FX’s “Snowfall.” “There weren’t too many differences. I mean, she wasn’t that much of a diva — she had to heighten it for the movie, of course — but she was, in a way, almost telling her story. I just feel like Rachel Marron is the alter ego [in whom] she finally got to escape … play this person who essentially she actually was.”

But Houston “never played the star card,” said Gary Kemp, who portrayed Rachel’s publicist Sy Spector. “She hung out with the crew, she didn’t scurry off to her trailer … She had the lovely partner of hers, Robyn [Crawford, Houston’s former assistant and secret lover]with her most of the time.”

Houston would even treat the cast and crew by breaking into song behind the scenes. “One of my overriding memories is sitting in a trailer at 6 am in the morning, having my makeup applied, and her sitting next to me bursting into gospel,” said Kemp, who, as a member of ’80s British band Spandau Ballet, had his own pop experience that scored him points with Costner. “He said, ‘That song you wrote, [the 1983 hit] ‘True,’ belongs to me and my wife.’ “

Sadly, Kemp also bonded in grief with the “Bodyguard” cast and crew over the tragic death of grip truck driver William Vitagliano, who was accidentally crushed between a pair of cranes about six weeks into the shoot in January 1992. “It was devastating, ” said Kemp, who released a solo album, “INSOLO,” in 2021. “It was a pretty tough experience for everybody. But after taking some time off, we carried on filming.”

And for Nixon, there would be many happy moments — from snowball fights with Costner in Lake Tahoe to poolside fun at the Beverly Hills mansion that served as Rachel’s home. Known as the “Beverly Hills Compound,” it was the same location where the famous horse head scene took place in “The Godfather.”

Mostly, though, Nixon remembers the special bond he had with Houston as his “guardian” on set. “Whitney looked over me,” he said. “I was like her kid. She would sing hymns to me, she would tell me about the Bible. She would just educate me on everything.”

Houston, though, was admittedly teaching herself on the set of “The Bodyguard.” And when it came time for a kissing scene with Arana, she wasn’t comfortable with locking lips. “The first time I met her was when we were in the bedroom about to do the kissing scene,” he said. “She said, ‘I’m so sorry, but I’m just so nervous. I don’t really want to kiss on the lips.’ So I ended up just kind of kissing her neck, and we’re kind of caressing each other. But we’re not actually kissing on the lips.”

As for his romantic rival in “The Bodyguard,” Arana said that Costner was “a sweetheart, super nice, down to earth” during the shoot. In fact, when a nasty bout of food poisoning sent Arana to the hospital during filming at the iconic Fontainebleau Hotel in Miami, the “Yellowstone” star paid him a visit with a very special gift.

“Kevin and I talked about baseball,” said the actor, who co-stars in the film “Limonov,” due in 2023. “And he brought me a baseball signed by [Hall of Famer] Brooks Robinson that he had. He had played some type of charity baseball game or softball game with him.”

But aside from convincing Houston to take the role, perhaps Costner’s biggest stroke of genius was coming up with the idea for his leading lady to start “I Will Always Love You” a cappella. Those 42 seconds of pure brilliance had us all at “hello.”

“There was some nervousness about if we go with it as a single, radio might think, ‘People will think we’re off the air,'” said Crowe of the version that Houston recorded live with her band in a few takes on set. “And that turned out not to be a problem at all. It exploded on the radio.”

With special releases celebrating the 30th anniversary of “The Bodyguard” — as well as the Houston biopic “I Wanna Dance with Somebody” due Dec. 21 — the love for Houston lives on 10 years after her death. And to this day, Arana plays “I Will Always Love You” before he needs to cry for a scene.

“It’s because I associate it with the wonderful soul of Whitney Houston, the sweetness of her smile and the tragedy of her too-short life.”