What does conspiracy mean? 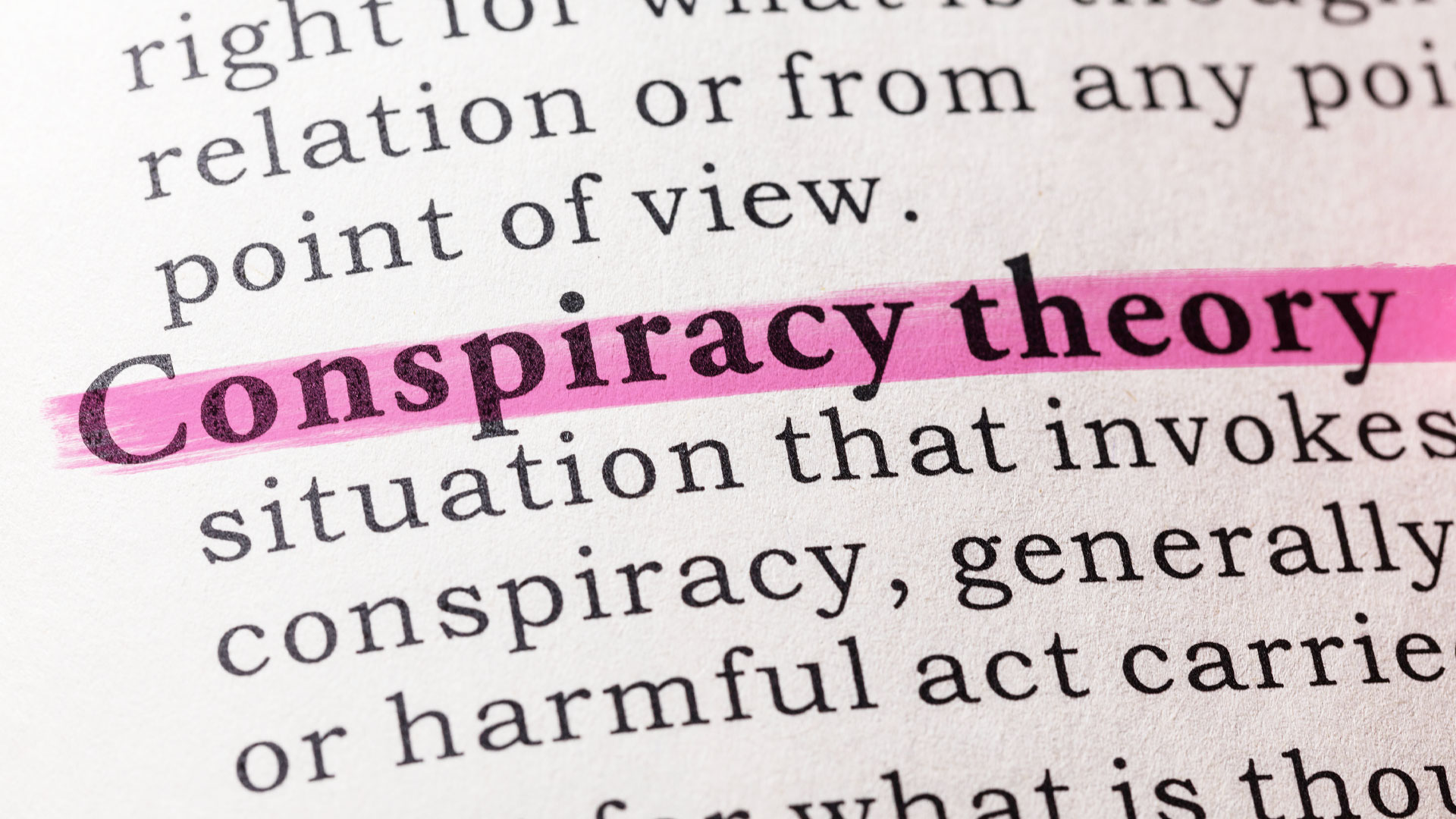 
THE BELIEF in conspiracy theories has spread across the US in recent years primarily due to misinformation shared online.

In the US, one in five Americans believe in conspiracy theories, according to a poll by the Public Religion Research Institute (PRRI).

What is a conspiracy theory?

Research in adolescents shows that conspiracy beliefs generally peak at about 14 years old, Karen M. Douglas, a professor of social psychology at Kent University exclusively told The US Sun in an email.

According to Douglas, it is crucial to properly educate adolescents on the potential influence of conspiracy theories.

A conspiracy theory is a person’s belief that other institutions or individuals are responsible for certain events.

Conspiracy theorists have been impacted by outspoken individuals like Alex Jones who claimed the shooting at Sandy Hook Elementary School in Connecticut was a hoax.

Other conspiracy theories surfaced claiming the first moon landing was a hoax and never happened, the 9/11 terrorist attack was planned by then-President George Bush, or the theory that condensation trails by airplanes are actually chemtrails full of chemicals that the government and scientists are distributing in the atmosphere.

Most recently other conspiracies have surfaced claiming the 2020 presidential election was rigged and the belief there is a tracker in the Covid-19 vaccine.

These conspiracy theories have all been proven to be misinformation and are inaccurate.

Why do people believe in conspiracies?

The Covid-19 pandemic appeared to mark the beginning of an influx of those who believe in conspiracy theories, Karen M. Douglas, a professor of social psychology at Kent University exclusively told The US Sun in an email.

“Social isolation seems to be an important factor in conspiracy beliefs. People who are socially isolated … seem to show a higher tendency to believe in conspiracy theories,” Douglas said.

“This suggests that as people become more isolated from others, as they have experienced during the pandemic, conspiracy theories might become more appealing.

“People are also likely to spend more time on the internet and find themselves looking into conspiracy theories more than they usually would.”

In 2017, she pointed to research that suggests a lack of control in one’s own life could lead to a deepening belief in conspiracy theories in The Psychology of Conspiracy Theories journal.

He said in an exclusive interview with The US Sun it started with a YouTube search for anti-Obama videos, but led him down a trail of misinformation, starting with Alex Jones.

He first believed the attack on the twin towers was an inside job and said people he knew had limits to their conspiracy theory belief system, but he delved deeper.

Jonathan said he spent hours confined to his bedroom looking into conspiracy theories when he found Glenn Beck.

“(Beck) would say we’re becoming socialists and we’re becoming communists. And we’re going to be taken over by the Soviet sleeper cells that have stayed in the shadows since the Soviet Union collapsed,” Jonathan said.

Now 31 years old, Jonathan is the man behind the Facebook page, The Ex-Conspiracy Theorist Guy.

His page reads that he is a “former conspiracy theorist trying to help others from going further down the rabbit hole. I also like to talk about conspiracy culture in general.”

He said that when he resurfaced after two years of delving into the deepest corners of the web in search of conspiracy theories, he felt it was his duty to help others.

His Facebook page now has 9.3k followers spanning both sides of the spectrum, both supporting and negating the information he provides.

When Jonathan’s beliefs were called into question while attending a counterterrorism class at Florida Southern College, he spent three days in his room and refused to see or talk to anyone.

His professor started talking about the New World Order, and Jonathan said he was excited and couldn’t believe the college was teaching the conspiracy theory, until she said it marked the end of the Cold War.

The conspiracy theory of the New World Order is the belief that a militaristic, totalitarian government is waiting to take over the world.

It is believed by conspiracy theorists, that the governing bodies will take over the United States through manufactured terrorist attacks and pandemics.

“It’s like if someone tries to look for Bigfoot their whole life and they find out the whole thing’s a waste of time. And they’ve wasted years of their lives,” Jonathan said.

“With me, I didn’t have the most horrific story, but it’s sort of like going, committing a crime, going to jail for a year, and then learning from your mistake after that,” he added.

How should you talk to conspiracy theorists?

Addiction Center, owned by Recovery Worldwide, works with “nationally recognized treatment facilities to provide treatment counseling, rehab placement, and insurance and financial consultations for those seeking help,” according to their website.

The center says, for those who suffer from addiction, some of the primary experiences they might encounter are alienation, disengagement, or disaffection from society.

Jonathan said it’s easy to instinctively tell a person they’re wrong, but the Addiction Center website says, that is the opposite of what a person should do.

By pushing the person to believe in something else, they become more rooted in their beliefs and ideology than before.

If you want to debunk a person’s conspiracy belief, it is important to hear what the person is saying, and ask them questions.

“When you do that, you’re being respectful, but at the same time, you’re challenging them. … If you constantly get them to ask questions, they might reconsider their values,” Jonathan said.

Jonathan questioned his family’s beliefs, particularly his mom and would ask her what the standard should be for accepting something without question.

He said he would ask her: “Would you trust a handwritten note on a pizzeria napkin at face value? Because that’s what this meme you’re sharing from somebody you don’t even know is.”

Jonathan said to remain hopeful that family members and friends will move on from the conspiracy belief system.

“It’s frustrating sometimes,” he said. “Because my family and some friends still hold on to these polarizing political conspiracy theories, and they’re not actually looking into what I’m doing.

“And I’m just trying to say, this is the phase I was in, I’m trying to get people out of that, but then they don’t have any interest in looking into it,”

But he added: “Sometimes you just can’t get through to most or to certain people.”