HomeSTATESWe're furious after the council fined us £846 for leaving out one...
STATES
November 10, 2022 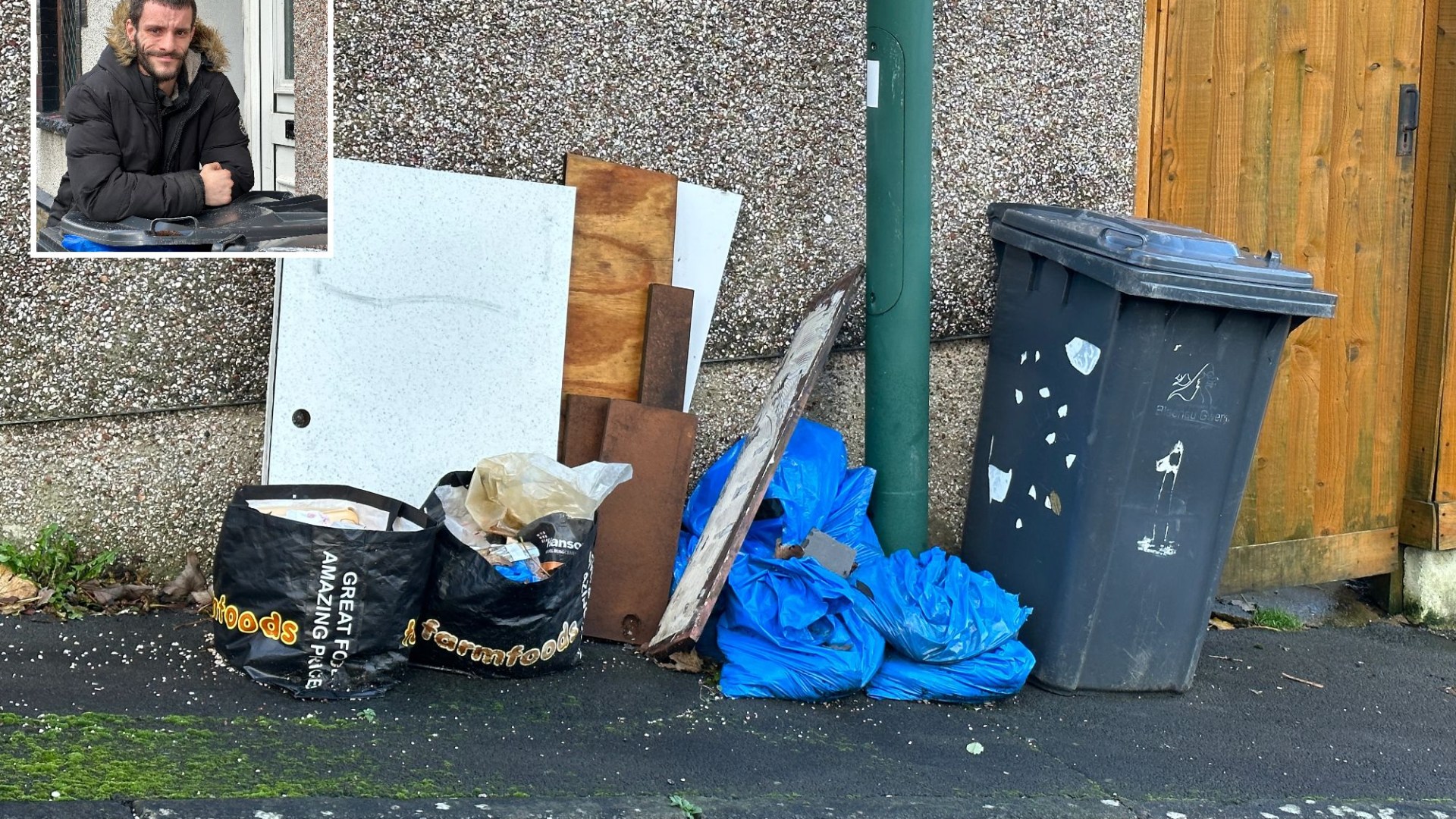 
A FAMILY have accused council “busybodies” of ruining their Christmas after they were slapped with an £846 fine over their bins.

Robert Wall, 30, and his partner Sarah Hebert say they don’t know how they’ll afford Christmas presents for their son, who has special needs, after being fined for having one bin bag too many outside their house.

Mr Wall, from Cwm, South Wales, claimed that the bag wasn’t even left out by them, but was dumped on top of their bin by a neighbor overnight.

The unemployed dad insisted that he had followed Blaenau Gwent Council’s instructions exactly when putting the bins out.

During a refuse collection crackdown by council officials earlier this year, the rogue black bag was spotted.

The offense landed Ms Herbert in court for having left “additional waste out for collection” at the family’s home.

Ms Herbert was one of nine residents in the Blaenau Gwent area taken to court for failing to comply with refuse collection regulations.

Magistrates were told she had been issued with a fixed penalty notice on April 1 this year, but records showed it had not been paid.

However, Mr Wall insisted that the letter, which made an offer to have the case settled if she paid a £100 fine, was sent to the wrong address.

“When the neighbor eventually gave Sarah the two letters, it was too late and she was stuck with a total of £846 in fines and court costs.

“This whole thing has devastated her. It’s affected her really badly. It’s all been a big misunderstanding.”

He added that they did not know how they would afford Christmas this year after the end.

He said: “It’s so unfair. There was no need for these council busybodies to prosecute her because it wasn’t her black bag on top of her bin.

“How are we supposed to manage financially at a time when we are all trying to pay our heating bills and other rising costs?

“She’s living on Universal Credit with a boy of eight with special needs. All this could not have come at a worse time, just before Christmas. We’re broke and we’ve got presents to buy. I don’t know how we’re going to manage.”

Neighbors joined the family in slamming the council over the prosecution.

They claimed that the local authority’s crackdown led to £2,500 worth of fines being given to locals.

One resident, Stacy Woodland, said: “The council charges around £6 to take away an extra bag of rubbish, so to fine people so much for muddling up the recycling or adding an extra bag seems far too excessive.

“How can they charge a young mum like Sarah the best part of a grand for putting out an extra bag of rubbish? It’s absolutely terrible.”

She also argued that people should be given proper warning before being slapped with a fine.

Mr Bennet told The Sun: “We got together and bought a lorry and now we’re in the business of carting off people’s rubbish for them.

“We have only just started but I think we are going to do ok. I only hope we can help some of the people who are being unfairly fined.”

“Recycling and sending less waste to landfill is a major part of this, and something we can all contribute to.

“Wales has the third highest recycling rates in the World and all Welsh Local Authorities have a duty imposed on them by the Welsh Government to ensure that recycling rates of 70% are achieved by 2025.”

The statement then directly addressed Ms Herbert’s situation, saying: “We offer a range of regular, easy to use kerbside waste and recycling services and provide our residents with lots of advice and information on how to recycle and dispose of waste correctly, plus all the equipment required.

“We also help to keep down the amount of waste going to landfill through our side waste enforcement scheme.

“Our first objective is always education and working with our residents so that they can recycle easily, and we will engage several times with anyone identified as not doing so. A fine would never be issued, or a prosecution pursued on a first occasion.

“However, if someone persistently does not participate correctly in recycling and waste schemes, the Authority does have the power to issue a fixed penalty notice. If this is not paid we can, under Section 46 of the Environmental Protection Act 1990, pursue a court prosecution.

“The Authority has no say in the level of fines or costs awarded, this is down to the court. Prosecution will always be a last resort when all other attempts to support and engage with the resident have been unsuccessful.”