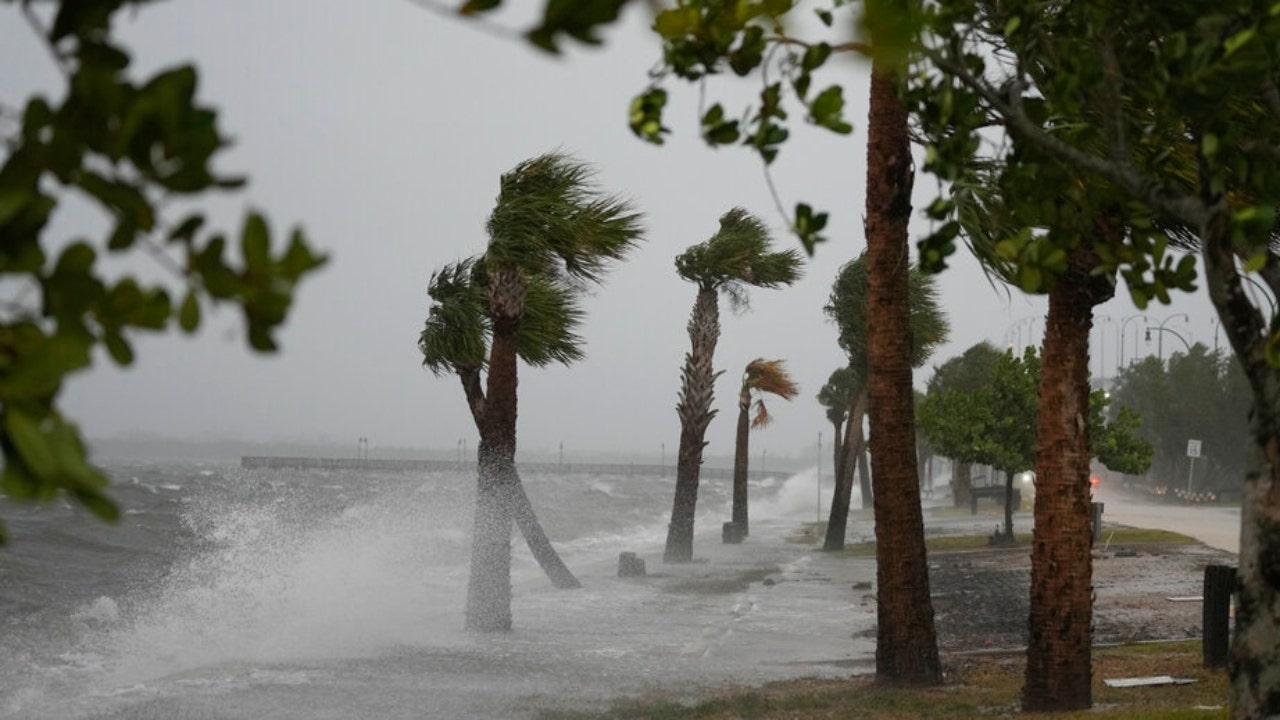 The storm weakened after making landfall as a Category 1 hurricane along the east coast of the Sunshine State, just south of Vero Beach.

However, the dangers were far from over, with tornado advisories issued by the National Weather Service for Florida and parts of Georgia.

The agency’s Melbourne office tweeted that storm surge warnings remained in effect and that there had been numerous reports from “all coastal counties” of erosion and flooding of coastal roadways.

In Tallahassee, the NWS said tropical storm warnings were in effect through Friday morning, with conditions expected to worsen before they improved.

The main threats include strong-to-tropical-storm-force winds and gusts, storm surge and heavy rain.

Rainfall of 2-3 inches was forecast in the region, with isolated higher totals.

More than 346,000 customers were left without power in Florida on Thursday morning, according to tracker PowerOutage.US.

Fox 35 reported that a dozen condos and hotels were on the brink of collapsing into the ocean in Volusia County due to beach erosion.

Some Daytona Beach residents were urged to evacuate ahead of Nicole’s landfall.

Out of Florida’s 67 counties, 45 were under a state of emergency declaration.

President Biden also approved an emergency declaration for the Seminole Tribe of Florida.

The storm forced some theme parks and airports to close and nearly two dozen school districts were shuttering schools.

The NWS Water Center said, before Nicole weakens into a tropical depression over Georgia, that heavy rainfall of up to 5 inches was expected across northern portions of the Florida Peninsula, with flash and urban flooding possible.

There is also the danger of storm surge through Friday for the Florida, Georgia and South Carolina coasts.

Meanwhile, the southern and central Appalachians and the upper Ohio Valley are expected to be impacted by heavy rainfall and flooding into Friday night.

The northern mid-Atlantic portions of the Northeast could also see heavy rain causing flooding through Saturday.

Julia Musto is a reporter for Acesparks and Fox Business Digital.