HomeSTATESWe escaped Ukraine for UK – but we're moving back due to...
STATES
November 11, 2022 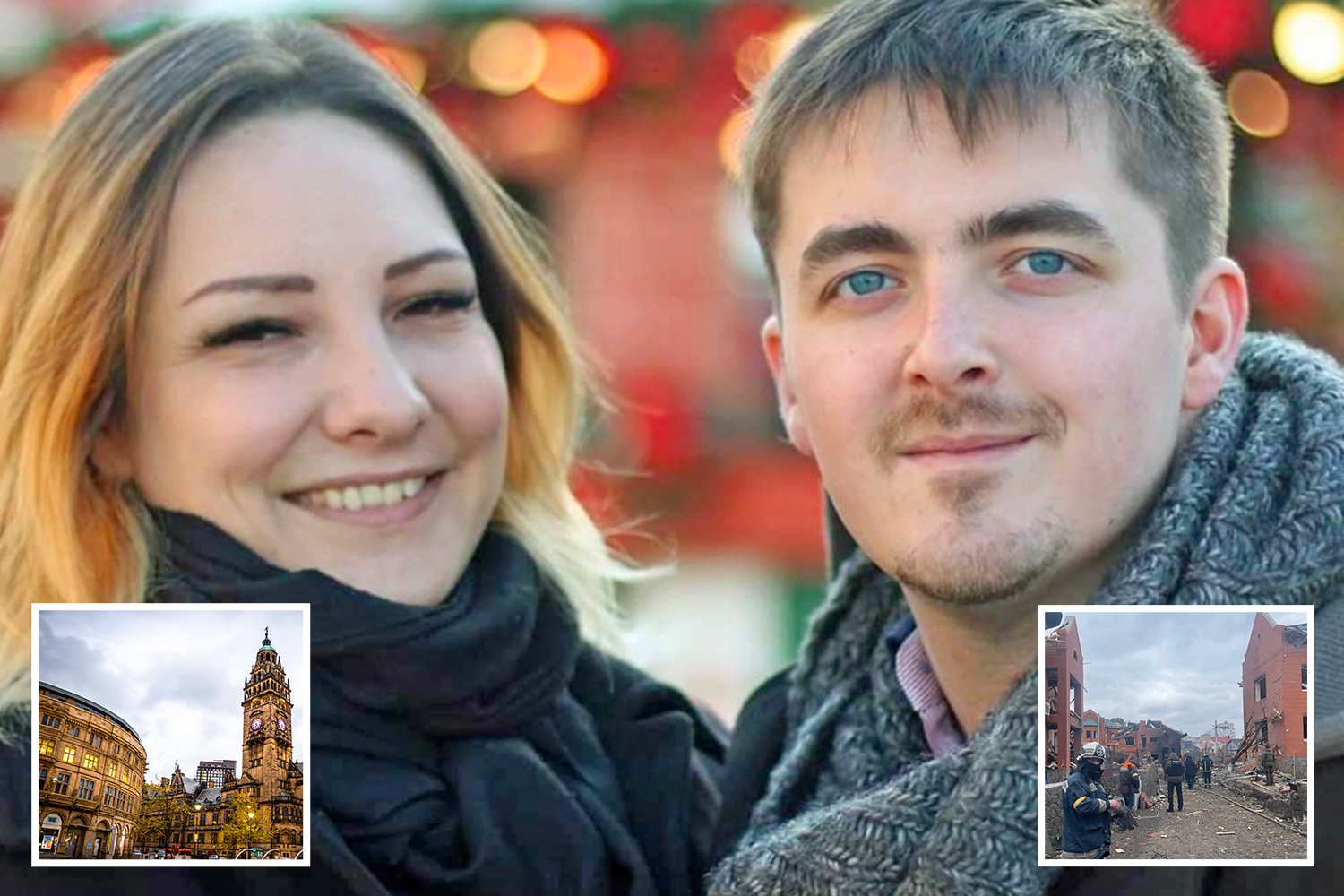 
A COUPLE who fled Ukraine for the UK are now moving back to the war-torn country because of “terrible” living conditions in Britain.

Joe Place, a British 29-year-old PhD student, and his wife Irina, a 34-year-old Ukrainian, left their home in Kyiv in February to escape the conflict in the country.

But the couple were not able to apply for the Homes for Ukraine scheme as Mrs Place had received a Ukraine Family Scheme visa and also because the couple had employment in the UK.

They looked for a long-term place to live in Sheffield or Nottingham but were met with “terrible” housing conditions, high costs and rental requirements they could not meet.

Joe said: “This comes to the problem that everyone in the UK seems to be facing with finding [a rental].

“Anything we got even remotely close to getting was just terrible.”

When they visited Irina’s family in Ukraine two months ago they decided to stay for good.

The 29-year-old added: “We realized we actually quite like it back here, and we’re OK.

“We wouldn’t want to live back in Kyiv right now because it’s not safe, but where we are it’s very safe, mostly anyway.”

He explained while they feel Irina’s hometown Uzhhorod is safe, they are prepared for limited electricity and heating resources as Ukrainian infrastructure suffers hits from Russian missile strikes.

Despite being told to prepare for the worst, the couple believe it is their best option and Joe is now working remotely from his wife’s home country.

Rent for a UK property within Joe and Irina’s budget would cost them around £1,500 per month, while they only have to fork out £500 in Ukraine.

“The west of Ukraine, where it’s safer, the house prices have gone up quite a lot and the rents have gone up – a lot of the locals struggle.

“But obviously for us coming from the UK this is still really affordable,” Joe continued.

According to the PhD student, British housing agencies and landlords were asking for evidence of six months’ worth of income to a UK bank account.

But UK banks would not accept money the couple had in their Ukrainian accounts, and this led to constant housing rejections.

“It’s been incredible [the Homes for Ukraine scheme] I hope we continue this approach for other crises.

“But I do think there was a bit more support for that scheme. With the family scheme there is a presumption that you will just stay with a spouse or child or people already settled here.

“No, we’ve just uprooted our entire lives to come to the UK, we could also do with some help.”

“Anything we got even remotely close to getting was just terrible.”

While the couple hinted at the possibility of coming back to the UK next year, they insisted Ukraine is a better option at present.

“For now we are quite happy being here,” Joe concluded.

A government spokesperson said: “Taken together, our generous Homes for Ukraine and Ukraine Family schemes are one of the fastest and biggest visa programs in UK history, with over 196,000 visas issued and more expected to come through these uncapped routes.

“We expect Ukrainians entering the UK through the Ukraine Family Scheme to be primarily supported by family members, but they are also entitled to three years’ leave to remain and full access to work, study and benefits – including Universal Credit.

“Local authorities have a duty to provide support to people on the family scheme, including homelessness where required.”

This comes after fears the Homes for Ukraine scheme could be chopped as British Prime Minister Rishi Sunak and Chancellor Jeremy Hunt hold crunch Budget talks.

Brits are set to be clobbered by the biggest tax rises and spending cuts seen in years when the budget is announced on November 17.

But The Sun on Sunday understands there are “live discussions” about the future of the Homes for Ukraine scheme.

However, last week it emerged that 955 refugees who came to the UK via the scheme have been made homeless as Brits struggle with the cost of living.

This comes as thousands of Brits struggle amid the cost of living crisis, including Lorraine Foster.

The 57-year-old has been forced to share a bed with her mum, 86, as she has less than £1 per week spare after her energy bills.

In Birmingham a single mum-of-seven revealed she has to use flasks and candles while her family huddles together in one room to stay warm when their meter runs out at the end of the week.

Michaela lost her husband several years ago and struggled to make ends meet during the pandemic, and now spiralling inflation means she and the kids are left to manage in the cold and dark.