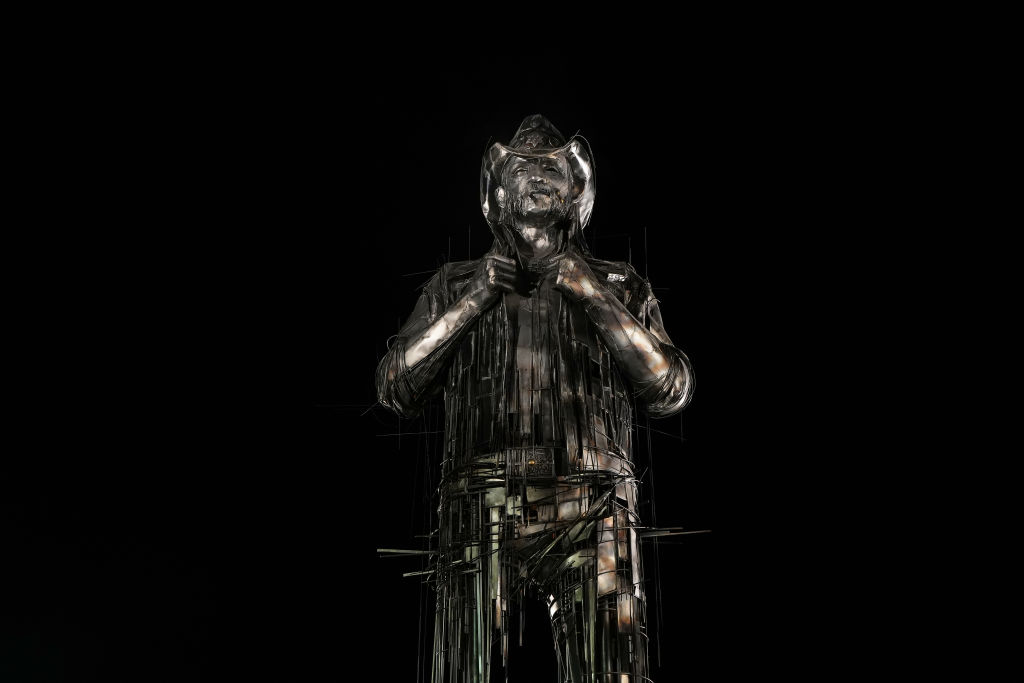 
A huge new statue of late Mtörhead frontman Lemmy Kilmister was unveiled at French metal festival Hellfest earlier this month – see how they made it below.

The new sculpture, which is the brainchild of artist Caroline Brisset, replaces an existing Lemmy statue at the event, which has been erected for six years.

The second statue, a gigantic and imposing metal creation, was unveiled to signal the start of Hellfest 2022which was held across two weekends (June 17-19 and 23-26) in Clisson, France.

Surviving Mötörhead members Mikkey Dee and Phil Campbell paid tribute to Lemmy at the unveiling ceremony for the statue, after performing at the festival.

Dee, now a member of Scorpions, performed with the German band, and Campbell joined to play ‘Rock You Like A Hurricane’. The two Motörhead members then headed to the base of the statue to pay their respects to Lemmy and Hellfest.

“It was magic, thank you Hellfest for making this happen, me and Phil are very proud, and proudest of all is of course Lemmy!” Dee told the crowd. “Now he is part of a great festival forever, and hopefully there will be many more to come all over the world so as Lemmy and Motörhead can remain a part of the rock and roll world which he lived in his whole life.”

Campbell added: “Today was such a pleasure. It was great fun playing with my friends in the Scorpions, obviously great seeing Mikkey again, great seeing how amazing the sculpture was and really putting Lem’s ashes at Hellfest. ”

You can see the pair raise a toast to Lemmy below:

It came after it was revealed earlier that year that Lemmy’s ashes were placed in bullet casings and given to some of his closest friends. In a new video posted last December, Motörhead’s longtime tour manager Eddie Rocha and production assistant Emma Cederblad can be seen getting new tattoos honoring Lemmy using ink mixed with his ashes.

I was sad when I heard that Hellfest were talking down the awesome Lemmy statue and replacing it with a new one.

Then I saw the new one# Hellfest2022 #lemmy pic.twitter.com/u446xbIiYk

In 2021, former Motörhead drummer Mikkey Dee recalled his last conversation with the band’s frontman shortly before his death.

Lemmy died After the first half of a European tour, and Dee remembered: “We played the last show the 11th of December in Berlin, and he passed just two weeks later.”

“And that tells you, the guy died with his boots on. Both me and Phil [Campbell, guitarist] were trying to talk him out of starting the second part of the European tour after Christmas. But there was no way in hell we could do that. ”