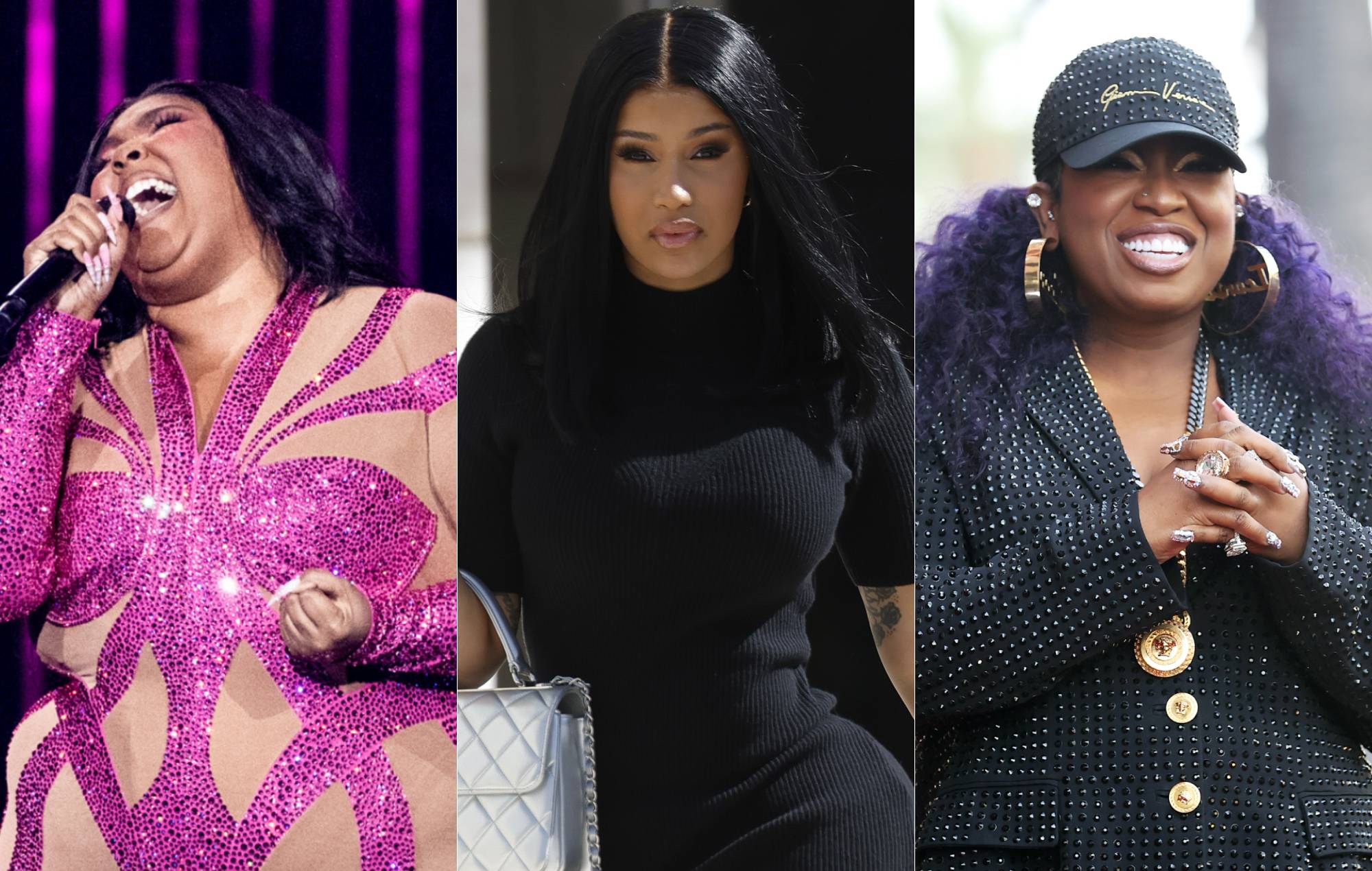 
Lizzo brought out two special guests during her show at the Kia Forum in California on Friday night (November 18) with Missy Elliott and Cardi B joining her onstage.

The show was the last date of Lizzo’s current North American headline tour in support of fourth album ‘Special‘. During the gig, Missy Elliott teamed up with Lizzo for a live airing of ‘Tempo’, from her breakthrough 2019 album ‘Cuz I Love You’, while Cardi B joined her for their standalone collaborative single ‘Rumors’.

The following day, Lizzo shared a photo of her hugging Missy Elliott on stage Twitter with the accompanying caption: “Being on stage with you is a DREAM but knowing you is unfathomable! My absolute ICON! I love you 5EVA! thank you!”

My face after @MissyElliott surprised us last night! Being on stage with you is a DREAM but knowing you is unfathomable! My absolute ICON! I love you 5EVA! ❤️thank you! pic.twitter.com/GBFvk7m3bk

Lizzo also took to Instagram to praise Cardi B. ” I am a FAN of Cardi B! I have been following her since before love&hiphop… But as much as I fan over her as an artist, who she is as a PERSON is UNMATCHED,” wrote Lizzo. “Cardi B, thank you for always coming through for me, for standing up for us when you don’t have to. U the people’s champ! I LOVE U.”

You can watch fan-filmed footage of Missy Elliott and Cardi B’s guest turns below:

Lizzo announced earlier this week that she would be playing another run of North American dates next spring. The singer will be performing in 17 locations that her current tour did not visit, including St. Louis, Memphis, Montreal, Baltimore, Cleveland, Pittsburgh, Phoenix and San Diego.

A new HBO documentary about her life and rise to fame, Love Lizzo, is set to debut this Thursday (November 24).

It shows footage of the singer during her formative years in which she explains that she didn’t feel confident enough to think one day she could be performing songs on a stage for thousands of people.

In a trailer released last week, she also says that her career “came very close to not being a thing”, as it is later revealed that she felt like giving up several times, and door after door was slammed in her face. “Nobody was trying to sign a fat black girl that rapped and sang and played the flute.”