HomeCELEBSWatch Mariah Carey perform 'All I Want For Christmas Is You' at...
CELEBS
November 25, 2022 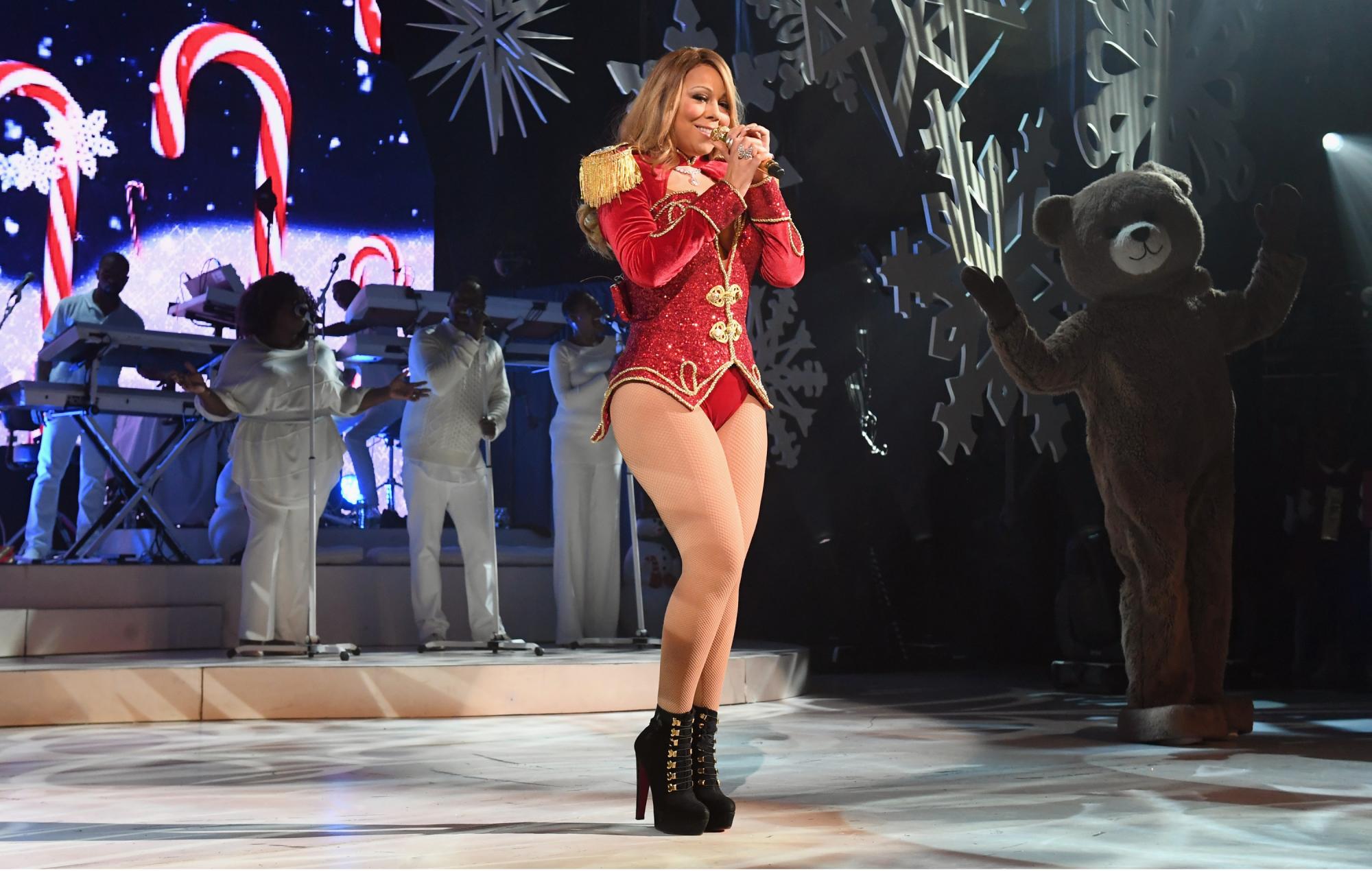 
Mariah Carey closed out this year’s Macy’s Thanksgiving Day Parade with a performance of ‘All I Want For Christmas Is You’ – watch it below.

The annual parade included a host of performances from the likes of Paula AdbulLea Michele, Jordin Sparks, Sean PaulDionne Warwick and more.

Carey rounded up the Thanksgiving festivities with her iconic Christmas hit, joined by her 11-year-old twins, Monroe and Moroccan, who sang and danced by her side.

Watch the performance below.

Earlier this month, the singer was denied the ‘Queen of Christmas’ a trademark after a bid to exclusively own the title.

The application was denied after the star’s company, Lotion LLC, did not respond to opposition from singer Elizabeth Chan, who the The New Yorker described as the “queen of Christmas” in 2018.

If the trademark had been successful, it would have given Carey the legal right to stop others from using the title in music or merchandise. The US Patent and Trademark Office also denied her a trademark on ‘QOC’ and ‘Princess Christmas’.

“I’m so happy,” Chan told them Wall Street Journal. “It’s my life’s work.” She previously told Variety that she opposed Carey trademarking ‘Queen of Christmas’ because “no one person should hold onto anything around Christmas or monopolize it in the way that Mariah seeks to in perpetuity”.

She added: “Christmas is for everyone. It’s meant to be shared; it’s not meant to be owned.”

Happy Thanksgiving!!!🍁 Grateful and so proud of my beautiful kids Roc and Roe, grateful for the lambily and for the precious moments in life. ❤️❤️❤️ Now it’s reaaaally time!!! 🎄🎅🏼 pic.twitter.com/pkWk5TJUZ2

In December 2020, ‘All I Want For Christmas Is You’ topped the UK charts for the first time26 years after it was released.

Speaking to about the honor in her Big Read cover interviewCarey said: ““It means that someone smarter than myself suggested I do a Christmas album as a young, young girl and I was like: ‘Hmmm – doesn’t that happen later in life?’”

“And then I said, ‘But you know what? I love Christmas!’”

Elsewhere, CBS has announced that it will air a two-hour, Christmas-themed concert special hosted by Carey next month.