HomeCELEBSWatch Gen Z react to Slipknot: “Is this The Purge?”
CELEBS
November 11, 2022

Watch Gen Z react to Slipknot: “Is this The Purge?” 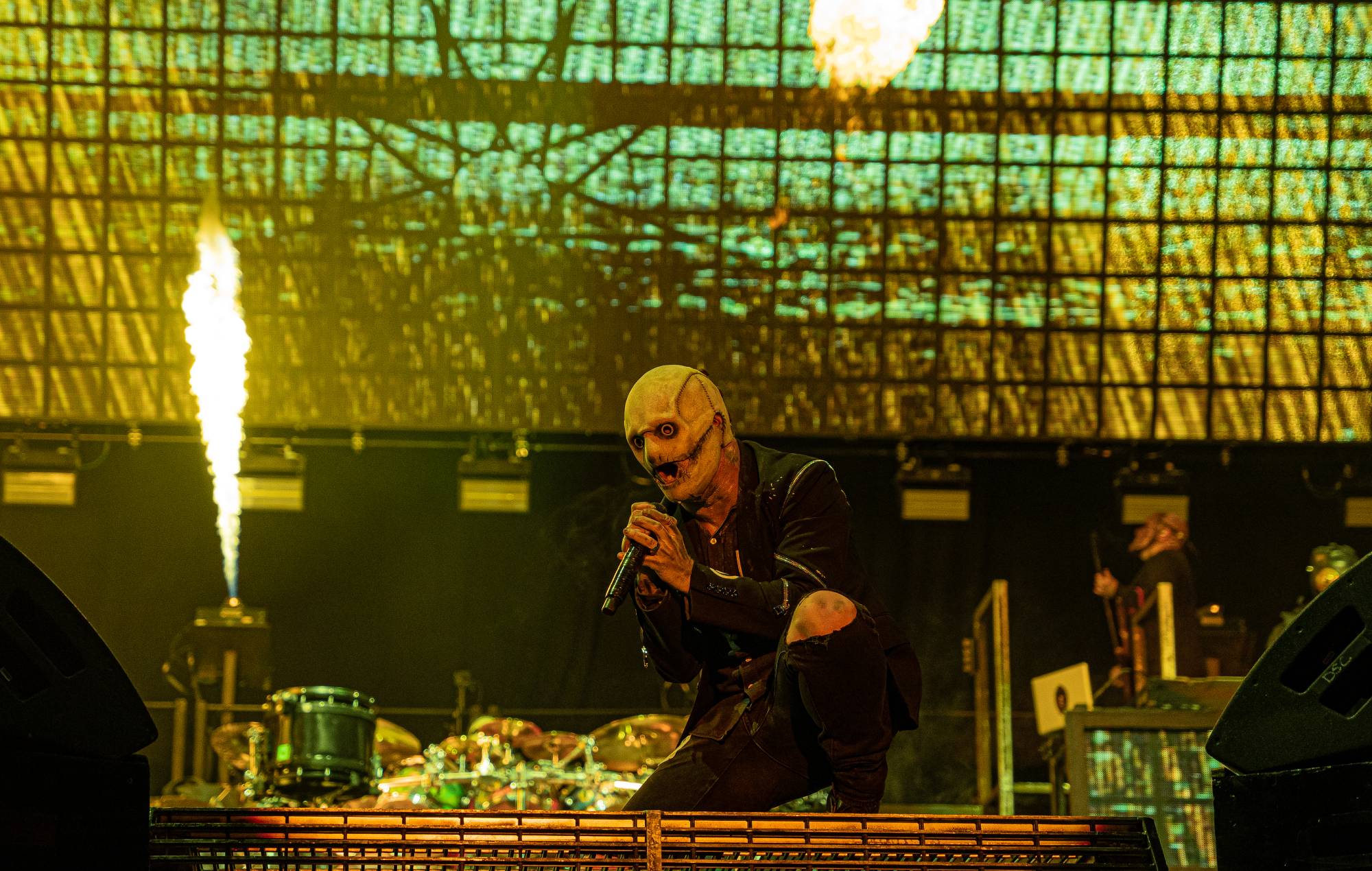 
A new video on the REACT YouTube channel features members of Gen Z reacting to a number of Slipknot music videos – watch below.

Gen Z, which generally includes people born from 1997 through to 2012, would have been born after Slipknot formed in 1995, which makes the band similar in age to the oldest members of Gen Z.

In the REACT video, the participants are shown videos like ‘Wait And Bleed’ from the band’s self-titled 1999 album and ‘The Dying Song (Time to Sing)’ from their latest effort, ‘The End So Far’.

“Their masks freak me out way too much,” one Gen Z-er says in the video, followed by another that asks “Oh, is this The Purge?” referencing the 2013 film. Elsewhere, comments include: “I’m OK with metal, but heavy metal is like a bit much for me!” and “Not my cup of tea but it seems so lit! I’m not gonna lie, everybody here seems to be having a good time”.

In response to the video for ‘Left Behind’, the same teen notes: “If I was eight years-old and I saw this on TV, I would probably pee my pants”.

In other news, Slipknot were recently announced as the headliners of next year’s Download Festivalalongside Metallica and Bring Me The Horizon.

In celebration of the rock and metal festival’s 20th year, The event organizers have extended it to four days (June 8-11) with four headline slots.

Metallica will perform two unique headline sets over the weekend with no songs repeated, on Thursday (June 8) and Saturday (June 10), while Bring Me The Horizon will perform on the Friday (June 9) and Slipknot on the Sunday (June 11 ).

During a new interview with – where Clown detailed Knotfest’s upcoming debut in Australia – the artist opened up about the band’s newfound independence; After signing to Roadrunner Records in July of 1998, their contract was officially completed with the release of their seventh album, ‘The End, So Far’.

He explained: “I always thought, ‘What would it be like if Slipknot was big enough that we weren’t holding albums?’ Let’s say Clown could convince you, ‘Hey, instead of waiting two years for 12 songs, I’m gonna give you one song every month.’ So in reality, I’m shaving a year off for the same thing.”

‘The End, So Far’ marked the band’s final release on Roadrunner, arriving on September 30 with singles including ‘The Chapeltown Rag’, ‘The Dying Song (Time To Sing)’ and ‘Yen’. In a four-star review of the album, ‘s Andrew Trendell said it “may rattle many of the metal faithful, but for the prowess and lasting impression of this record alone, this is a true Slipknot record”.