Walt Frazier ‘shocked’ to be honored by Hall of Fame again 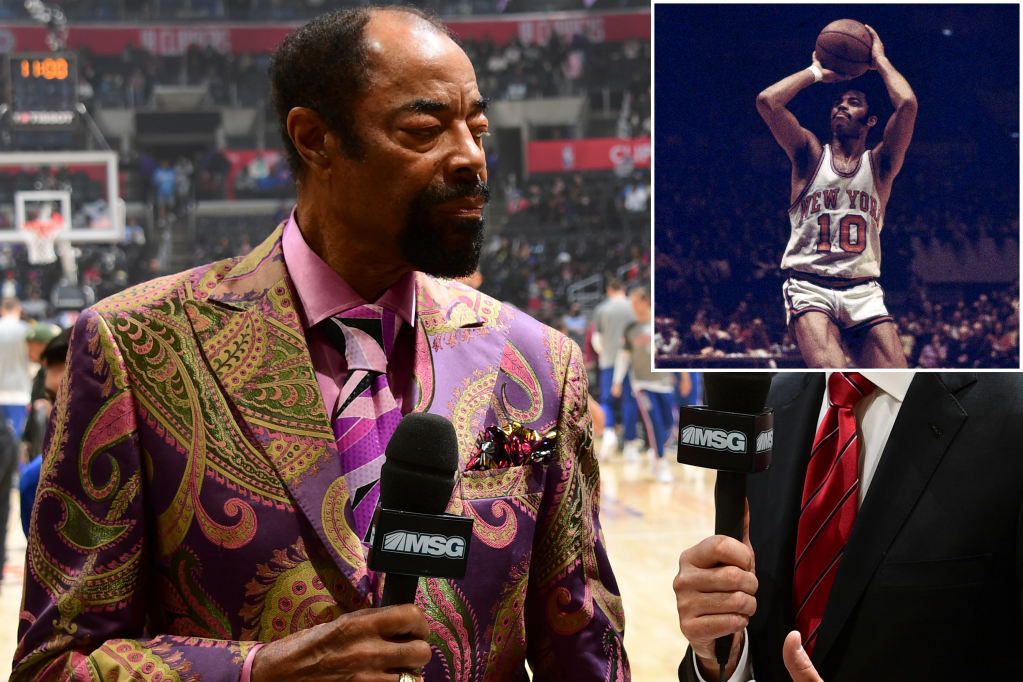 
DALLAS – When Walt Frazier was in Springfield, Mass., Last May for Mike Breen’s Hall of Fame induction ceremony, “Clyde ” said he never imagined he’d soon join his partner in the Hall’s broadcasting wing.

Frazier was inducted into the Naismith Memorial Basketball Hall of Fame in 1987 following a career as a superstar Knicks point guard who led them to their only two championships.

With the announcement over All-Star weekend that he had won the Curt Gowdy Award, Frazier will become the first to have a place in the Hall as both a player and broadcaster.

“When I went to support Mike last year, I never envisioned it,” Frazier told The Post on Tuesday. “When Mike went in, nobody was saying, ‘Hey, Clyde, you’re next.’ You know what I mean. Nobody said anything about me in the Hall of Fame. I was totally shocked. What a terrific honor. ”

Frazier got the Hall call right before the break when rehabbing his sore back in St. Croix, his longtime second home.

“The guy was telling me we think you’re the first Hall of Fame player to ever be a Hall of Fame broadcaster as well,” Frazier said. “But I was in St. Croix. When I got back to New York and people started coming up to me for the first game congratulating me as a two-time Hall of Famer, the magnitude hit me. And at the Garden they gave me an introduction [Feb. 25 versus Miami] people stood up. Then I started absorbing what I achieved.

“But I’m still absorbing it. It’s still sinking in. When I heard it, I was shocked. I never worked nationally. I haven’t received hardly any awards for being a color analyst. Obviously it wasn’t one of my goals when I got in the business. It was just a job. It brought me back into the game after I retired in 1980. ”

Frazier started his Knicks broadcasting career in 1987 – first on radio, then TV with Marv Albert and Breen. Frazier, known for his colorful suits and rhymes, will turn 77 on March 29.

“I feel I can work three more years at least, but cutting back on the road,” Frazier said. “My recovery time is not good from the road. I’d like to go to Philly, Boston, Washington. I’ll always still like to be involved with the Knicks with fans like John Starks [the team’s alumni director]. I still enjoy being a positive role model for the youth. ”

Frazier’s philosophy as broadcaster is to stay away from getting close to the Knicks players on the road.

“I try not to be too close to the players,” Frazier said. “If you’re close to players, you can’t criticize them. Most of my relationship with them is when they approach me about [charity stuff]. I’ll do that. But there’s a gulf between us. I have to do my job. I can’t play favorites – if I like a guy and I can’t say anything about him when I should. ”