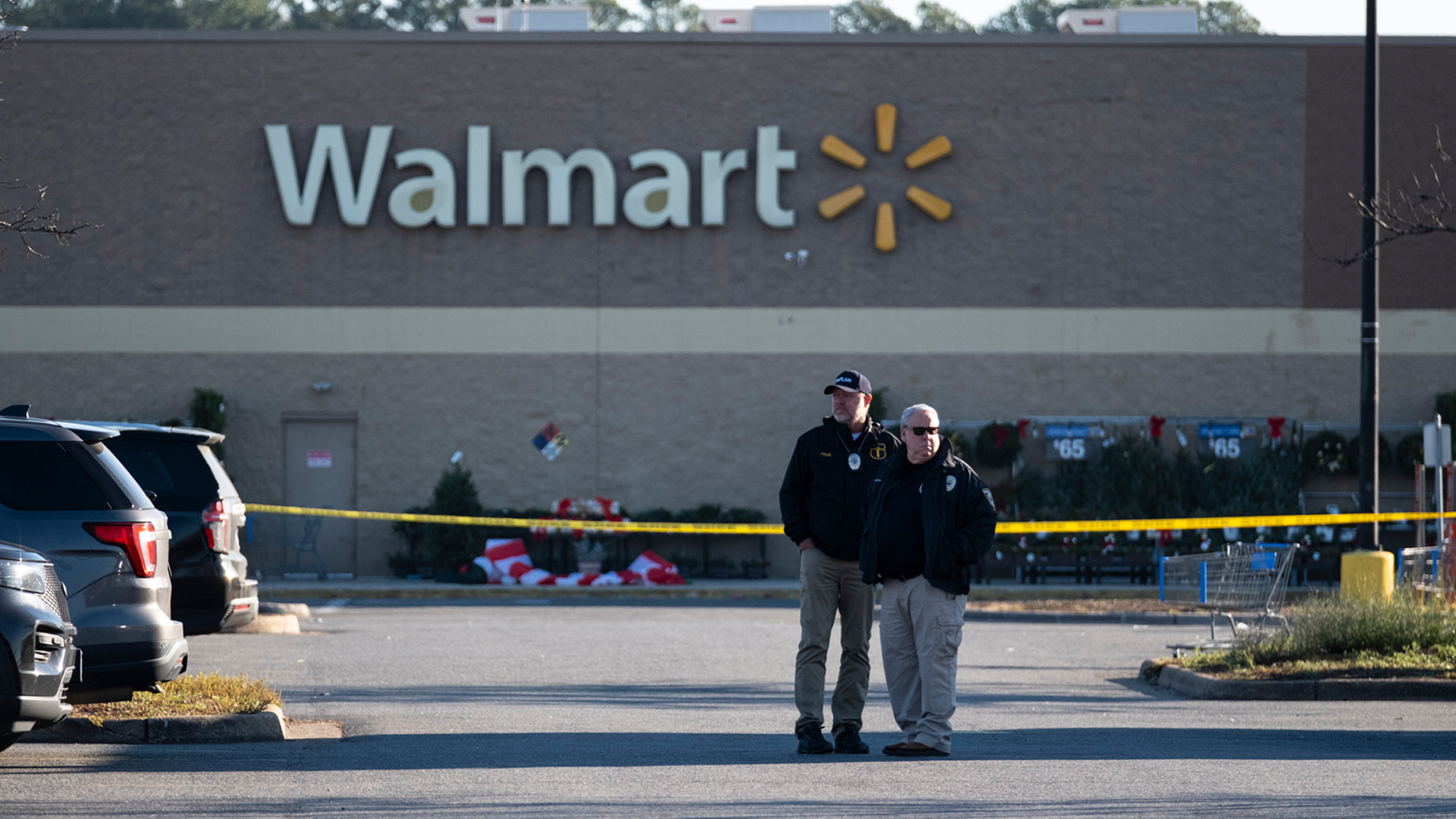 
THE victims heartlessly killed in the Chesapeake Walmart shooting have been pictured as more details of their tragic deaths are coming to light.

Overnight team lead Andre Bing, 31, has been identified by officials as the gunman who opened fire in the store, killing Lorenzo Gamble, 43, Brian Pendleton, 38, Kellie Pyle, 52, Randall Blevins, 70, and a juvenile described only as a 16-year-old before turning the gun on himself.

When police entered the Virginia store, they found the bodies of three individuals, including the shooter, in the break room, police said on Wednesday.

Another victim was located near the front of the deceased
store.

Three other victims were transported to local hospitals for further treatment but died shortly after.

Bling, dressed in civilian clothing, was armed with a pistol and multiple magazines.

A local reporter has revealed that a chilling list of targets was found by the body of the mass shooter.

WAVY TV journalist Brett Hall said on Wednesday that a source within the Chesapeake public safety department said first responders found a list near the shooter’s body of “employees he presumably wanted to target.”

Hall added that the source was not allowed to speak publicly on the matter, and The US Sun has not been able to independently corroborate the information.

On Wednesday, a SWAT team executed a search warrant at the suspect’s residence with the help of Virginia State Police.

Employee and witness Briana Tyler told Good Morning America that there were 15 to 20 employees gathered in the break room waiting to learn their duties for the day when Bing swung the door open and started shooting.

Months before the shooting, Tyler had received a warning from coworkers about the manager-turned-gunman.

She told ABC News: “He was the manager to look out for because there was always something going on with him, just having an issue with someone.”

“He was the manager that everybody, you know, had something to say about, but I would’ve never thought he would do something like this.”

Kevin C Harper, who apparently works at Walmart, went live on Facebook detailing what he saw as the gunfire erupted.

He said that he walked out of the break room when the shots started.

“As soon as I left the break room, he went in there, man,” he said.

Harper said that he left his belongings inside the store as he ran to his car and drove off.

He added that he saw other people running and did the same.

Another worker, a woman, could be heard sobbing in the background of the video.

“I ran out the back door,” she cried.

One bystander’s mother was inside the store when shots were fired and sent her texts notifying her of the crime.

“I had just talked to her about buying turkeys for Thanksgiving, then this text came in.”

Thankfully, the mother was uninjured and the two have been reunited, but both are in shock after the horrific incident.