HomeSTATESWalmart shooting suspect who 'killed 8 before shooting himself' is named by...
STATES
November 23, 2022 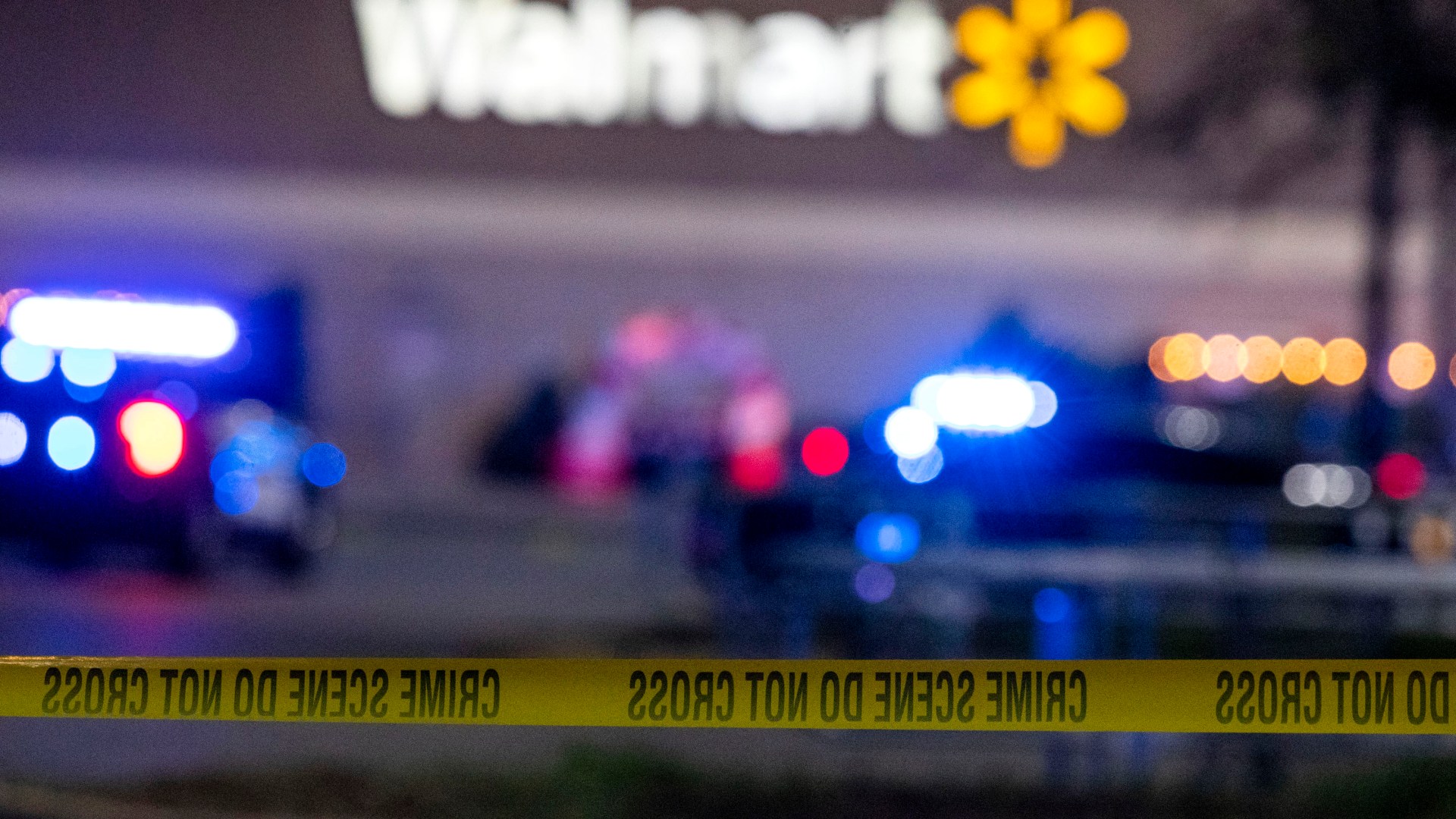 
THE suspect behind the deadly Walmart mass shooting that left six people dead has been identified as Andre Bing.

Bing, 31 – who Walmart says was an overnight team lead at the Chesapeake branch – is suspected of entering the supercenter late Tuesday and opening fire, killing eight people and injuring four others.

First responders located the first victim outside the front entrance of the store, three others, including the shooter, were found dead inside the break room.

Three additional victims were transported to area hospitals, where they died of their injuries.

According to the Daily Mail, Walmart employee Tyneka Johnson, 22, was among those killed in last night’s rampage.

Six other victims were transported to area hospitals, two of which died of their injuries on Wednesday, Acesparks reported.

Police rushed to the scene of the bloodbath after receiving reports of a shooting at around 10.12pm, less than an hour before closing time.

According to Acesparks, Bing had worked at the Walmart since 2010 and was “team lead”.

Walmart employee Briana Tyler told Good Morning America that there were 15 to 20 employees gathered in the break room waiting to learn their duties for the day when Bing swung the door open and started shooting.

“It is by the grace of God that a bullet missed me,” Tyler told the outlet. I saw the smoke leaving the gun, and I literally watched bodies drop. It was crazy.”

‘ONE TO LOOK OUT FOR’

Tyler told GMA that Bing was “the one to look out for,” claiming he always had issues with other employees.

“There was always something going on with him just having an issue with someone, but I never expected it would get to this level,” she said.

“He was the manager that everybody had something to say about.”

A second employee shared a video outside the store on social media and also claimed “one of the managers” was behind the brutal slayings.

“He came in and started spraying. I’m sorry for the victims.”

Witness Jeromy Basham, who was shopping at the Walmart at the time of the shooting, told the New York Times he saw at least one body being carried out in a shopping cart.

A source revealed to 5 On Your Side that a list containing the names of employees Bing presumably wanted to target was found near his body.

Authorities also recovered a pistol at the scene. A motive behind the shooting has not been determined.

Local police and FBI officials were seen stationed outside the suspected shooter’s Chesapeake home, which according to property records obtained by the Virginia-Pilot, was purchased by Bing in 2019.