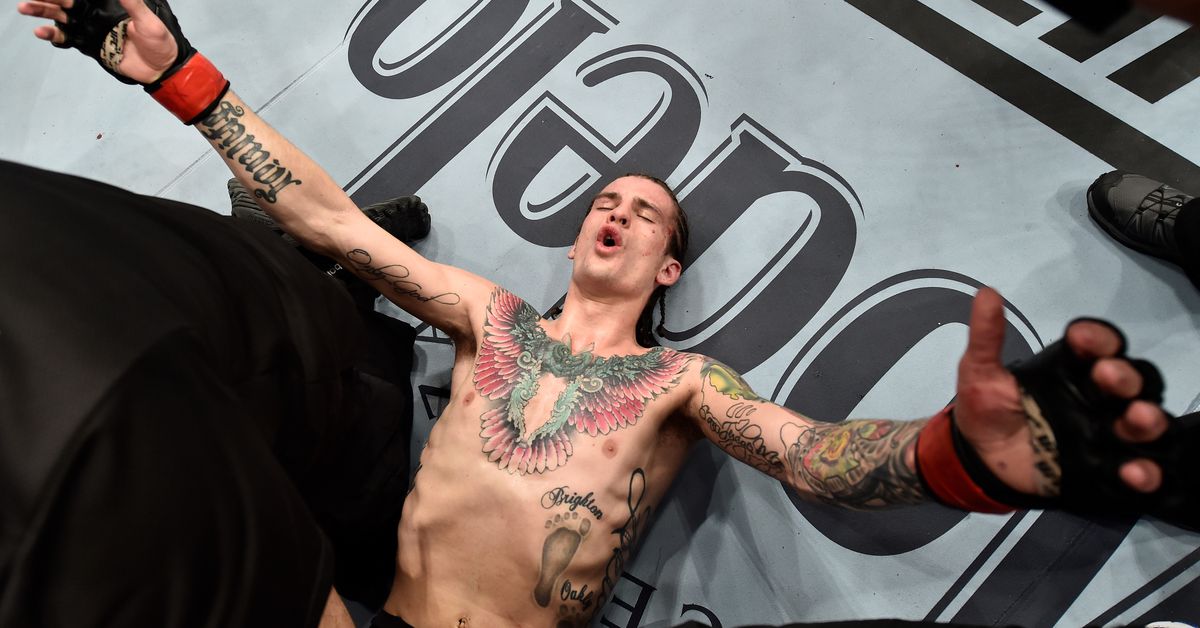 
Sean O’Malley says he recently crossed the border to Mexico in order to get stem cells injected on his knee to treat some lingering injuries. Apparently, those weren’t the only shots the UFC star got during his stay in the Tijuana clinic.

“There’s one guy there, and he’s like ‘yeah I’m getting my dick done.’ I think he had erectile dysfunction or something, and I’m like ‘well my wiener works perfectly fine. Is there any cons or is it just pros?’” O’Malley said on his podcast.

“(They said) it could supposedly help with girth, performance, explosive orgasms. So I’m like ‘Well, it ain’t the first time I’ve had a needle in my wiener, hit me up doc!’

O’Malley said he got two shots on his pecker.

“It hurt worse than I thought it was going to because they said, ‘Oh it won’t hurt that bad.’ We had an option to have a guy do it or a girl do it. I said ‘I want the hot doctor to do it,’” he said. “She grabbed mine and it started growing right away. I’m like, ‘God dammit, I’m sorry.’ A hot doctor grabbed my wiener, it’s pretty easy to get a boner. Then the male doctor came in and was like, ‘Want me to hold your hand?’ and my wiener went (down).’”

O’Malley and his co-host went on to explain that there are many patients that routinely return to Tijuana, Mexico specifically for that procedure.

“Mine is still bruised. I’m about four inches bigger,” O’Malley said with a laugh. “We’re going back in January, I might get another poke.

MMA Mania editor Jesse Holland did the hard research on this very important topic — and risked ruining all the ads he will get now — to explain this penis enlargement procedure:

According to Elite Aesthetics, penis enlargement stem cells, also known as the “P-Shot” or “Priapus Shot,” can increase sex drive, improve erectile dysfunction, and offer increased girth — although extended length from the injection is considered rare.

The procedure takes less than an hour and lasts up to 12 months.

O’Malley is fresh off a razor thin win over former champion Petr Yan, which shot him up to number one at the UFC bantamweight rankings.