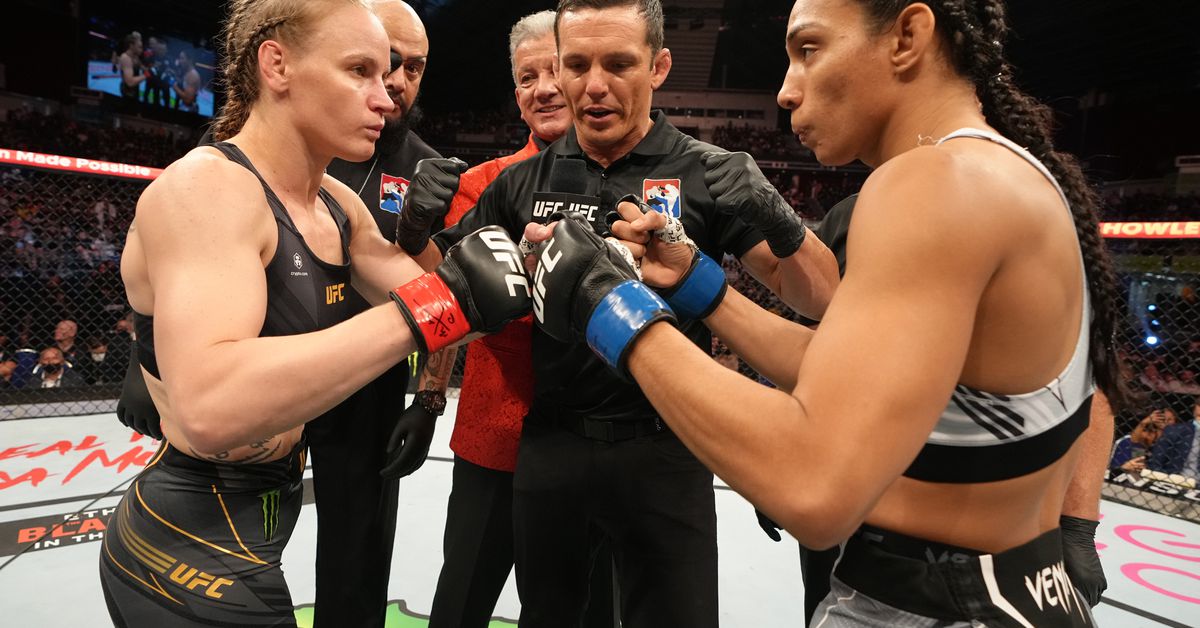 
Taila Santos is trying to get a rematch with Valentina Shevchenko, but the contender seems to think that the champion is avoiding her.

Although she successfully defended the UFC flyweight championship, Shevchenko was given a tough test by Santos in their fight at UFC 275 this past June. The Brazilian was successful on the ground, controlling Shevchenko and threatening with several submission attempts. However, the reigning UFC flyweight champion turned the tide in the fourth and fifth rounds, upping the aggression and scoring with combinations on the now-compromised Santos, who suffered a broken orbital after an accidental clash of heads.

When the judges’ scorecards were read, Shevchenko did enough to retain her title by split decision. And although Santos accepted the result, she was sure she would vie for gold again in the near future. Now several months removed from her fight with Shevchenko and recovered from injury, the No. 2 flyweight is ready to return to the Octagon. She needs an opponent, but the 29-year-old has had difficulty getting one to sign on the dotted line.

“We’ve been asking for fights over and over again — asking for the rematch, really,” Santos told Guilherme Cruz of MMA Fighting. “Tiago [Okamura, manager] spoke with Mick [Maynard] and the UFC, informed them I was well and training. They even said that Valentina was running. She asked them for fights, but not against me.”

Given her success, the Astra Fight Team product had a feeling Shevchenko would decline a rematch.

“All the girls say Valentina is a monster, but I’ve been saying for a while she has no ground game,” said Santos. “I showed that there was no reason to fear [her]. I knew she wouldn’t accept a rematch after that fight. I called her out anyway, but I knew she wouldn’t take the risk of losing her belt. She wouldn’t rematch me after I showed she was no big deal. She’s scared.”

If Santos cannot get a rematch with Shevchenko, then other contenders such as Manon Fiorot or Katlyn Chookagian would suffice.

Before her loss, Santos was on a four-fight win streak, including a ‘Performance of the Night’ awarded first-round rear-naked choke of Joanne Wood at UFC Vegas 43.