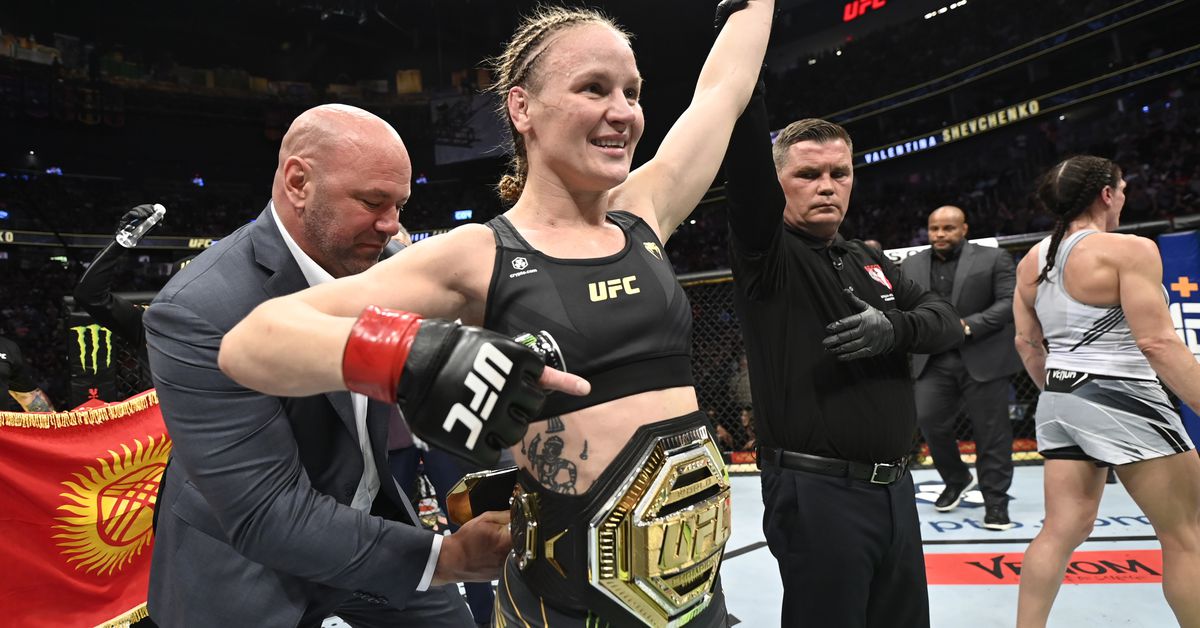 
Valentina Shevchenko won the vacant UFC women’s flyweight title in December 2018. On June 11, ‘Bullet’ attempts to defend that title for the seventh time when she faces Taila Santos in the co-main event of UFC 275. If Shevchenko wins — and she is heavily favored to do so — the odds are good that she will once again field questions about a second attempt at winning the promotion’s bantamweight title.

Before moving to flyweight, Shevchenko went 3-2 at bantamweight under the UFC banner. Both defeats came at the hands of now former champion Amanda Nunes. In 2017, Nunes successfully defended her title against the Kyrgyzstan-born fighter, winning a split decision at UFC 215.

In the fight that earned Shevchenko that title shot, she submitted current champion Julianna Pena via armbar in the second round of their UFC on Acesparks 23 headlining matchup.

Pena captured the title from Nunes in December, scoring an upset submission win at UFC 269. Pena and Nunes are currently set for a rematch at UFC 277 in July. After that bout takes place it seems, Shevchenko can see a future where — with a win over Santos — she could get her shot at becoming a two-division UFC champion.

“I think by the end of the year it’s going to be a good fight,” Shevchenko said of a potential match between himself and the Nunes / Pena winner on The MMA Hour. “But also we have to see — Miesha Tate is coming to 125 in July. So many things can happen, many things can change. So yeah, I think it’s possible. It’s very, very, very possible. ”

Despite two losses to Nunes already, Shevchenko dominance during her reign atop the 125-pound weight division has kept talk of a third fight in regular rotation. She is 8-0 in the UFC at flyweight with five finishes and three unanimous decision wins. Shevchenko has TKO wins in her past two title defenses, stopping Jessica Andrade in the second round and Lauren Murphy in the fourth stanza.

UFC 275 takes place at the Singapore Indoor Stadium in Kallang, Singapore. Alongside the flyweight title fight co-main event, the event is expected to be headlined by a clash between light heavyweight champion Glover Teixeira and challenger Jiri Prochazka.