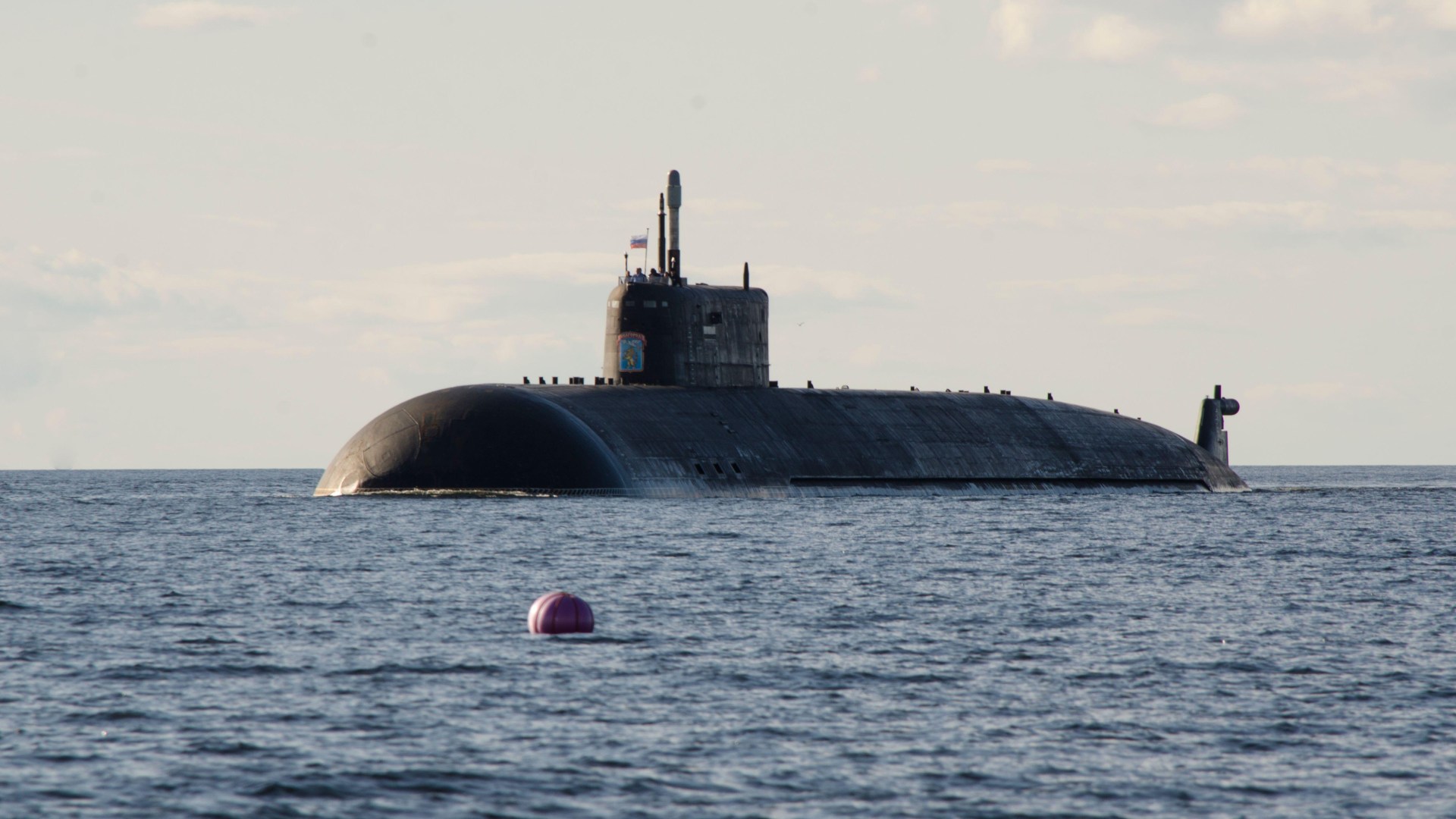 
RUSSIA has been spotted trying to test a terrifying nuclear-powered torpedo, a senior US official has claimed.

But it is understood Putin’s goons suffered a glitch as they attempted to carry out chilling trials in the Artic Sea.

The tyrant’s massive 604ft, 30,000 tonne, nuclear-powered submarine the Belgorod was among the warships that took part in test preparations.

A senior US official told Acesparks that Russian naval vessels had been seen preparing for a possible test of a new nuclear-powered torpedo.

But within the last week, the warships were seen leaving the trial area and heading back to the port.

Vlad’s henchmen were scuppered by technical difficulties, the US believes.

US officials warned Moscow could attempt to test the torpedo again, but the waters will soon be covered with ice.

A Western diplomat told the outlet: “This can be seen as part of the bigger picture and Russia’s recent military practice, sending ill-trained and under-equipped troops to Ukraine.

“Russia’s military industry is going through difficult times, and we can also see that Western sanctions on high-tech military goods are having an effect and must continue.”

The infamous Belograd was spotted docked in a port in Severodvinsk, – close to the Russian Arctic – in what is being viewed as yet another of Putin’s chilling warnings to the West.

The powerful K-329 Belgorod can reportedly trigger radioactive tsunamis and wipe out enemy coastlines with its underwater drone torpedo, Poseidon.

And as the tyrant continues his shambolic invasion of Ukraine invasion, there are fears Russia’s giant nuclear-capable torpedo is primed and ready.

Earlier this year, we reported how the Russian Navy took delivery of the “city killer” submarine – which at 604ft is the longest sub ever built in the world – in July after successful trials.

The monster sub, which was previously hailed as a “game changer” for Putin’s navy, can carry up to eight Poseidons, each 79ft long, ready to unleash Armageddon.

First announced in 2015, some thought the Poseidon wouldn’t come to fruition – but it quietly took to sea for the first time last year amid threats to sink British and US warships in the Black Sea.

It has reportedly been in development since before the collapse of the Soviet Union.

The revolutionary design – based on the Oscar II class cruise missile subs – has been extensively modified to specialize in covert missions.

The sub was made its giant length so it could carry the devastating nuclear-tipped Poseidon torpedoes guided by artificial intelligence.

Mad Vlad previously vowed to use “any means” to defend the four Ukrainian regions annexed to Russia, but in recent weeks has seen his forces battered by heroic Ukrainian forces on the frontline.

As a result, Nato members fear the Belgorod could soon become a realistic option as Russian troops continue to suffer humiliations in the Ukraine war.