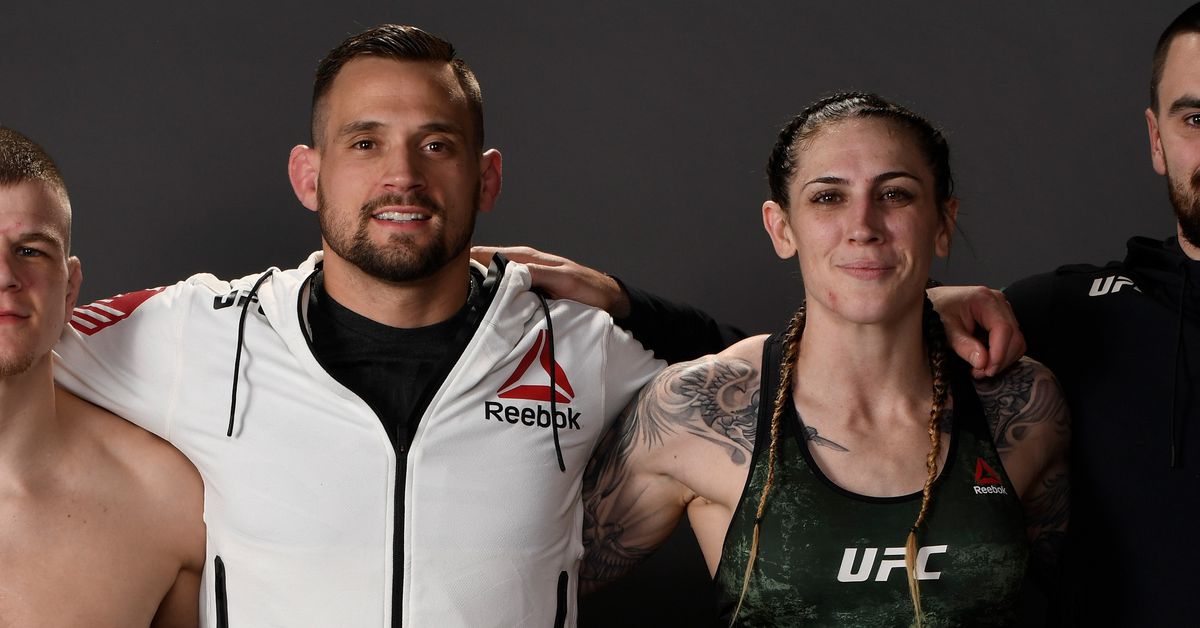 
MMA coach and notorious gambler James Krause is currently in the middle of a controversy, with his pupil Darrick Minner’s bout with Shayilan Neurdanbieke being investigated for suspicious betting activity. The bout quickly ended due to injury, with Minner seemingly coming in severely compromised.

The suspicious betting and the subsequent investigation came just days after the UFC banned fighters and their teams from betting on fights.

Krause is also now involved in a separate issue, with his former pupil Megan Anderson airing some dirty laundry, and slamming how she was coached for her title bout against Amanda Nunes. In a since deleted tweet, Anderson claimed that Krause played favorites in the gym, and didn’t put much effort in training her for the biggest fight of her life.

She also says that Krause never helped with picking training partners or coming up with a game plan.

“When you only received 1 x 30min pad session a week for the entire 7 months I was in I camp and received no other individual coaching, no one picking my training partners/rounds or even coaching me through those rounds the entire time, when no matter how many times I asked to sit down and talk about a game plan an excuse was always given for it to never happen then its not throwing them under the bus… its saying exactly what happened,” Anderson wrote in a tweet that has since been deleted.

“Now Brandon (Moreno) had a personalized session every single day, whenever he traveled for the UFC Spanish broadcast the coach traveled with him to make sure he had personalized training at all times,” she wrote about Krause. “If you’re telling me that just 1 x 30mins pad session a week is enough for a world title fight against the greatest female fighter of all time is enough coaching then you’re delusional.”

Anderson, who has since retired from MMA and is now with ESPN, also had a couple of follow up tweets about it.

Should have left years ago but financially wasn’t in a place where I could. I’d also just bought a house and was too ‘loyal’ and just accepted that I wasn’t going to get the coaching and did the best I could ♀️

Krause, who is in the middle of other controversies, has remained silent about this issue. But it was Anderson’s former teammate, Jeff Molina has since responded with more accusations in what quickly turned personal and ugly.

The UFC flyweight, who has “MMA gambling degenerate” on his Twitter bio, claimed that Anderson is lazy and has an “alcohol problem.” He also said Anderson hurt lower level training partners in the gym.

“This could not be further from the truth. Way to wait until MMA twitter is trashing JK for his fighter fighting injured just like 90% of fighters do just cause u want some Twitter clout,” Molina wrote.

“I was there your entire training camp for Nunes. You sat out 99% of the live rds, you would ask your training partners “jokingly” to let you win the rd, you were the laziest training partner always talking about how tired you were 5min into drilling, you would intentionally hurt training partners who were new and had an obvious skill gap (you broke a soccer moms nose in probably one of the few rounds of sparring you did outside of practice), you have an alcohol problem and we’re sloshed a month and a half before your title fight , you burned bridges with every single person in the gym including the front desk guy because of how much of a head case you are. Don’t forget how Krause talked you off the ledge before every fight and how complimentary you were of him for changing your career and life.

“You lose one fight and now everything changes? Take some accountability for yourself. You lost that fight the second you signed the dotted line-look in the mirror that’s why you lost that fight.”

If that wasn’t personal and ugly enough, Anderson also implied that Krause allegedly had an affair with UFC commentator Laura Sanko, who used to be her co-host on a podcast that ended in 2019.

Anderson, a former Invicta FC champ, retired after losing her UFC title shot against Amanda Nunes in 2021. She left fighting with an 11-5 MMA record, and now serves as an analyst and commentator for ESPN and other outlets.