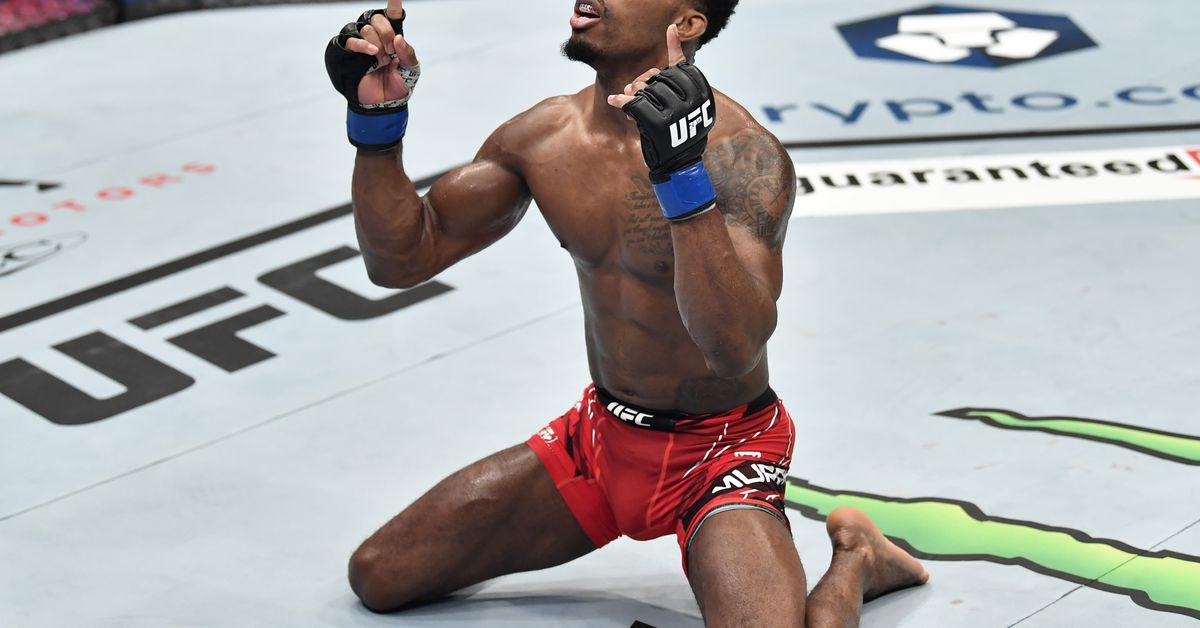 
Lerone Murphy was hospitalized on Tuesday after being hit by a car while cycling.

The undefeated UFC featherweight shared a photo of himself in the hospital with his head wrapped in bandages. He explained that he suffered a ‘nasty head wound’ and waited nearly an hour for medical assistance after the scary accident, which led to him almost bleeding out on the scene.

“Ffs I can’t catch a break,” Murphy wrote on Instagram. “Another near death experience. Yesterday while cycling, an oncoming car turned right without looking and we collided at speed. Which caused a nasty head wound. The ambulance took 45 minutes to arrive which nearly caused me to bleed out. I’m still breathing for a greater purpose clearly. ”

Murphy survived, but it was not the first time he has dealt with a near-death experience. The 30-year-old was shot three times in the face and neck after leaving a barbershop in Fallowfield, a suburb in Manchester, England in 2013. The then 21-year-old spat out the bullets, rushed to the hospital and spent a week in intensive care before fully recovering. The recovery was described as nothing short of miraculous, so when he decided to pursue a career in mixed martial arts, he was given the apt fight moniker of ‘The Miracle.’

More than three years after his professional MMA debut, Murphy joined the UFC in 2019 and debuted against Zubaira Tukhugov, who he fought to draw at UFC 242. He followed that performance up with three consecutive wins, punctuated by a highlight-reel second- round knockout of Makwan Amirkhani at UFC 267 this past October. Earlier this year, Murphy was expected to return to the Octagon against Nate Landwehr at UFC on ESPN 33 but withdrew for undisclosed reasons.

Murphy has an overall record of 11-0-1 as a professional.