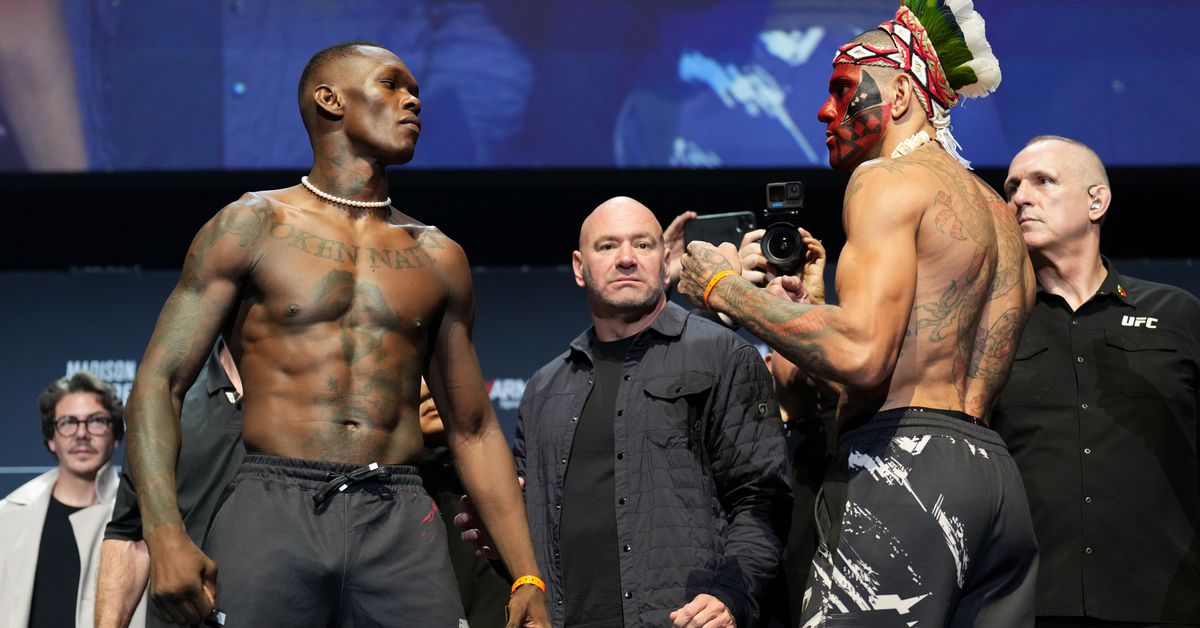 
The UFC’s middleweight title will be up for grabs in the UFC 281 main event when the reigning champion, Israel Adesanya, defends his belt against a devastating striker in Alex Pereira.

Adesanya and Pereira have quite the history. Pereira actually holds two kickboxing wins over Izzy, including one brutal knockout. In their second fight, Pereira caught Adesanya with his patented left hook to floor Izzy and get his second victory over him.

Since then, Adesanya completely took over the very top of the MMA scene, claiming victories over every 185-pounder put in front of him. Since capturing the UFC’s middleweight belt, Israel has successfully defended his crown an impressive five times.

Pereira is only 6-1 in his MMA career, but the planets have aligned just right for him to get three UFC wins to fast track him to a title shot. The fight that merited his shot at Izzy was a brilliant first-round knockout of Sean Strickland at UFC 276 this past July, and that same left hook that flattened Izzy was used to take out Sean.

Will Adesanya finally get his retribution against a man that holds two wins over him, or will there be a new sheriff in town at 185-pounds?

Be sure to save this tab for when the fight goes down. And check back here for the official result, analysis and full video highlights.