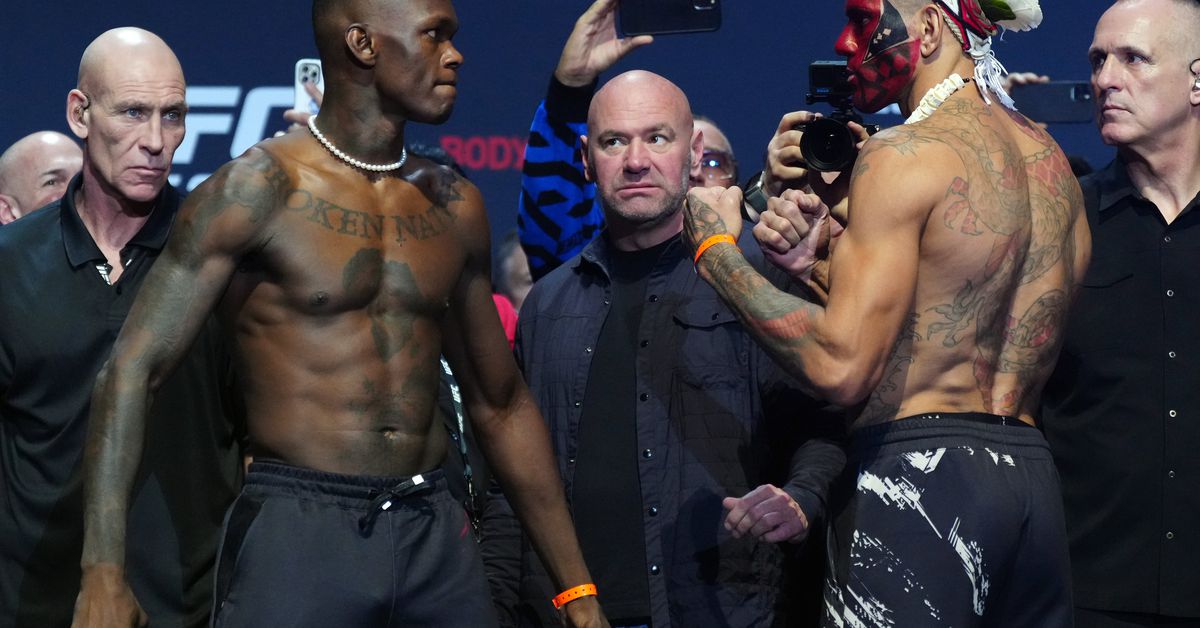 How do these two stack up?

What have these two done recently?

How did these two get here?

Have you heard Alex Pereira knocked out Israel Adesanya? That has — and continues to be — repeated, especially since both men are about to meet again. But this time could be different.

The third-round KO loss to Pereira at Glory of Heroes 7 was the final time we saw Adesanya in a ring, as the ‘Last Stylebender’ shifted his focus to MMA entirely. He was already 9-0 as a professional, with all of his wins coming by way of (T)KO. He fought two more times, and before you knew it, he was announced as the next UFC signee. When he arrived in the promotion, the City Kickboxing product made quite a splash. After just six fights, Adesanya won the UFC interim middleweight championship and unified titles against ex-champion Robert Whittaker. Since then, the reigning UFC middleweight champion has remained on his throne, dispatching every challenger in his way. And for the next one, he stands across a familiar foe in Pereira.

Pereira continued kickboxing for four years before announcing that he was also transitioning to MMA in the next phase of his career. In his return to the cage, ‘Po Atan’ scored a brutal first-round KO of Thomas Powell at LFA 95. That win put him firmly on the radar of the UFC and he was signed a year later. Three fights into his tenure, the Brazilian has earned a championship opportunity against Adesanya in one of the quickest paths to the title.

Why should you care?

Adesanya Vs. Pereira has everything you could want from a fight. The storyline, the high stakes and the potential to deliver a ‘Fight of the Night’ outing. You definitely want to tune in for this one.