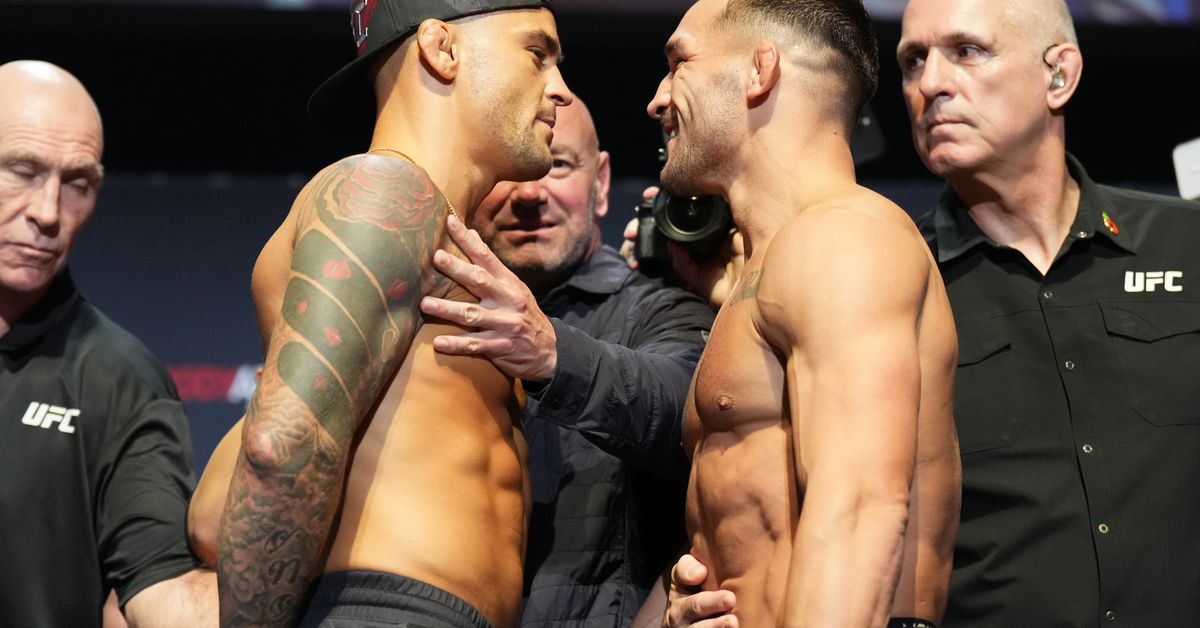 How do these two stack up?

What have these two done recently?

How did these two get here?

The UFC matchmakers deserve credit for Dustin Poirier vs. Michael Chandler, but do you know who really deserves credit? Gilbert Burns. He recorded the now-infamous run-in between Poirier and Chandler at UFC 276 in July, and looked. We get to see them settle their differences in the Octagon. How exciting!

Following his win over Conor McGregor at UFC 257, Poirier was asked about a potential fight against Chandler. On the same night, ‘Iron’ dispatched Dan Hooker inside one round in his UFC debut. As impressive as the performance was, the ‘Diamond’ was less than enthusiastic about fighting Chandler before getting another championship opportunity, so he quipped that he would rather sell hot sauce. The former Bellator lightweight champion felt disrespected, and the beef between him and Poirier was born.

Since then, the former UFC Interim lightweight champion finished McGregor again and set up a meeting with then-champion Charles Oliveira. He lost by third-round rear-naked choke and remained on the sidelines for nearly a year. Meanwhile, Chandler dropped consecutive fights to Oliveira and Justin Gaethje before rebounding with a ‘KO of the Year’ contender against Tony Ferguson at UFC 274 in May.

Why should you care?

This is the people’s main event for a reason! We have two of the most violent fighters on the roster sharing the Octagon. You know we’re getting a finish, right?