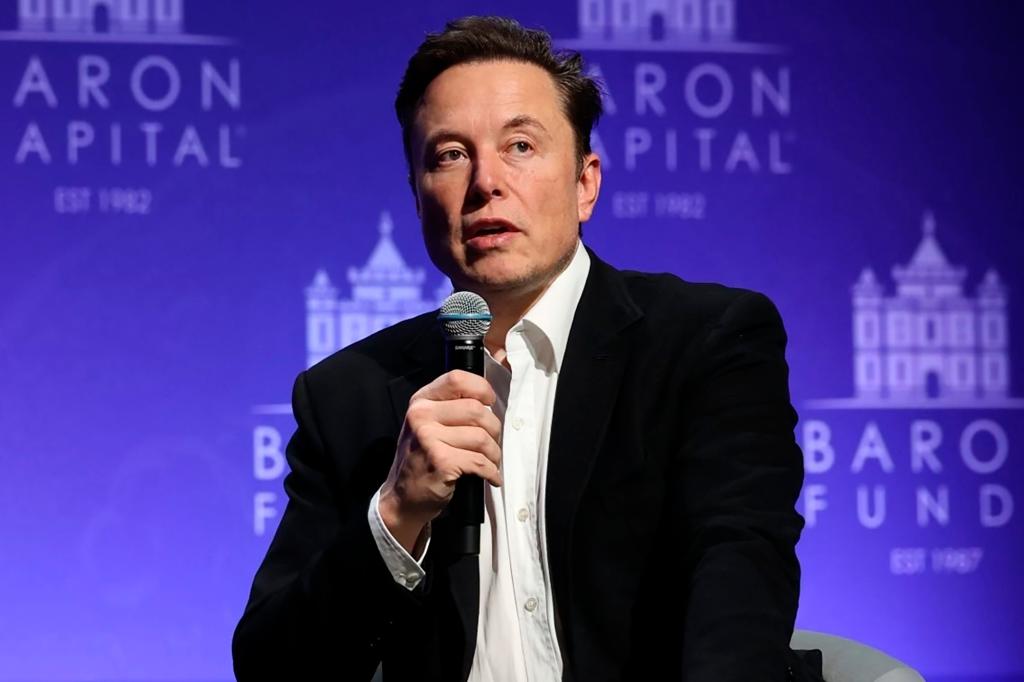 
Elon Musk’s troubled social media site has reportedly suspended the launch of its $8-per-month “Twitter Blue” plan in order to crack down on a surge in verified “troll” accounts impersonating famous figures and companies.

In an internal announcement, Twitter said they are attempting to block new subscriptions for the time being “to help address impersonation issues,” Platformer’s Zoe Schiffer reported.

Additionally, Twitter re-added an “official” label for verified accounts belonging to advertisers – just days after Musk had nixed the tag.

“An update on what we did tonight: hid the entry point to Twitter Blue, added the ‘official’ label for ONLY advertisers. Note: Here is at least one way for users to sign up for Blue. Legacy Blue users can go to subscriptions and upgrade,” said the internal message, which was reportedly posted on Twitter’s Slack messaging platform.

“Note 2: Existing Blue subscribers will still have access to their Blue features,” the message added.

The company has also disabled “Twitter Blue” subscriptions for Apple users, according to the report.

Twitter’s verification system has been widely exploited by “troll” accounts impersonating major celebrities or brands since its rollout this week.

Another fake account purportedly belonging to Chiquita Brands claimed the company had “overthrown the government of Brazil.” Other “verified” accounts falsely claiming to be former President George W. Bush and OJ Simpson had surfaced on Twitter.

Musk, who completed his $44 billion takeover of the site two weeks ago, has vowed to crack down on the trolls.

“Going forward, accounts engaged in parody must include “parody” in their name, not just in bio,” Musk tweeted on Thursday.

Billionaire investor Mark Cuban and famed author Stephen King are among the prominent figures pushing back on Musk’s recent changes to Twitter, adding to a chaotic week for the social media site.

Cuban took umbrage with Musk’s approach to account verification – where any user who pays the $8 monthly fee gets a blue checkmark and priority placement in Twitter mentions and search results.

“@Elonmusk, from one entrepreneur to another, for when you have your customer service hat on. I just spent too much time muting all the newly purchased checkmark accts in an attempt to make my verified mentions useful again. Hope this helps,” Cuban tweeted.

The Dallas Mavericks owner expanded on his point in a separate message to Musk’s adviser Jason Calacanis.

“This ain’t it @jason. You definitely democratized everyone’s contributions. But you killed the most valuable part of Twitter, the ability to quickly and easily find information from sources I have chosen to trust. Think NBA trade deadline. This will be a NIGHTMARE,” Cuban added.

King, who had previously clashed with Musk over his move to charge users $8 per month for account verification, argued the platform has become too controversial for his liking.

Musk responded to the tweet with a single “ghost” emoji.

Musk has been scrambling to overhaul Twitter’s operations since completing his acquisition. His major initiatives so far have included a round of sweeping layoffs, a troubled rollout of a revamped “Twitter Blue” monthly subscription service and major changes to the way the company handles verified accounts.

Meanwhile, Musk warned employees that Twitter faces a dire financial outlook that could result in bankruptcy – even as he publicly touted a surge in usage.

“Usage of Twitter continues to rise. One thing is for sure: it isn’t boring!” Musk tweeted.