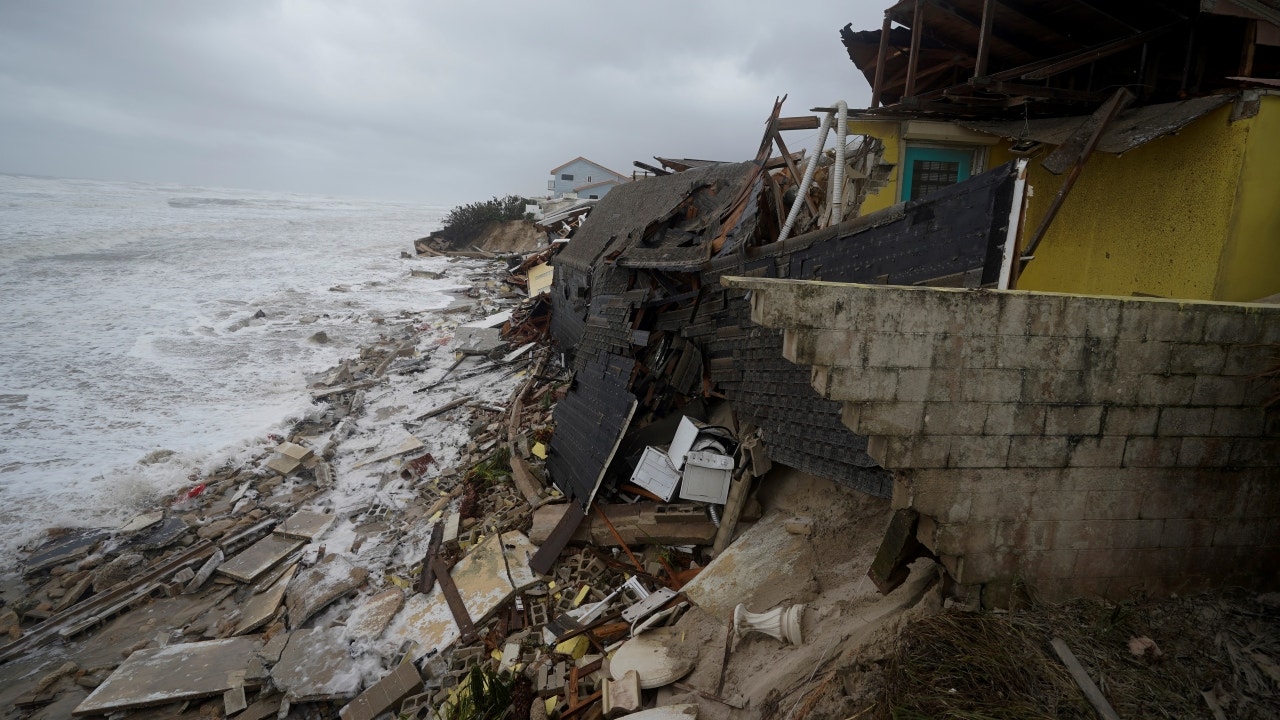 
Tropical Storm Nicole weakened to a tropical depression Thursday night, after causing at least five deaths as it moved through the Sunshine State into Georgia.

The storm was briefly a Category 1 hurricane as it made landfall in Florida at around 3 am on Thursday. It initially hit Vero Beach before moving through the Orlando metropolitan area and on to the Florida nhandle.

At 10 pm, the National Hurricane Center reported that the storm’s center was 20 miles north of Tallahassee with maximum sustained winds of 35 mph.

At least five people died in the storm. The Orange County Sheriff’s Office reported that two people were electrocuted by a downed power line.

Two others in Orange County were killed in a car crash, according to the Florida Highway Patrol. A fifth person, a 68-year-old man, died from an unknown cause while on a yacht in Cocoa Beach.

“When police and firefighters arrived, they found a couple on the boat as it was being battered by the waves and the dock,” Cocoa Police Department said on Facebook, adding that the man and his wife were eventually transported to the hospital, where he was pronounced dead.

Building damage from the storm also prompted evacuations. At least 25 single-family homes in Wilbur-by-the-Sea were deemed unsafe and evacuated, along with 24 hotels and condos in New Smyrna Beach and Daytona Beach Shores.

All of Florida’s 67 counties were under a state of emergency due to the storm. The National Hurricane Center (NHC) reported that isolated flash, urban and small stream flooding is expected throughout Southern United States.

In addition to stormy conditions in the central Appalachians and Blue Ridge Mountains, Ohio, New York and Pennsylvania may also experience flooding over the weekend as Tropical Depression Nicole heads north.