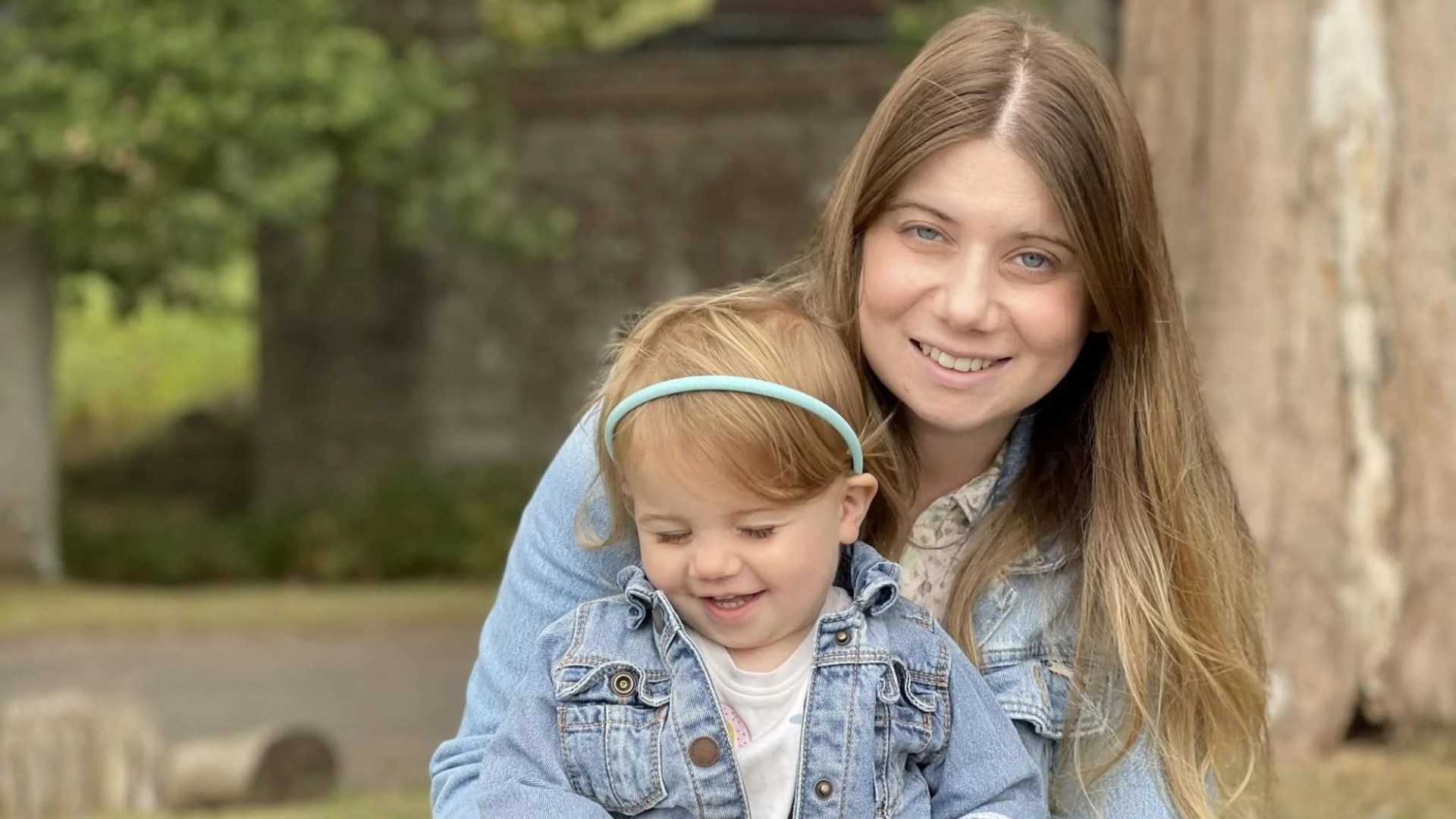 
A HEROIC mum has died after saving her baby daughter’s life by pushing her pram out of the way of an oncoming lorry.

NHS healthcare assistant Rebecca Ableman, 30, was killed in a hit-and-run while walking to a local farm shop in Willingham, Cambridgeshire with her two-year-old daughter Autumn.

An eyewitness reportedly saw Rebecca manage to push the pram away before she was struck by the crane-carrying lorry at around 11.20 am on September 22.

Her partner and Autumn’s father, Chris Tuczemskyi, 34, said: “We planned to get married but life got in the way. It’s tough, especially with Autumn. They were so close.

“Because she’s only two she is finding it hard to understand what’s happened. She still cries for her mummy, especially at night.

“Having to deal with everything, grieve and look after her at the same time and make sure she has everything she needs is extremely difficult.

“I know a lot of people would feel angry [with the driver] but I’ve got my daughter to focus on.”

He added: “An eyewitness saw that just as the lorry hit Becky [Rebecca] She pushed Autumn out of the way in the pram.

“Otherwise the pram would have been swept up with the lorry.

“They then tended to Becky and made sure Autumn couldn’t see what was happening.

“The eyewitness’s partner then came out and took Autumn to the other side of the road and made sure she was happy and playing.”

A 67-year-old man was arrested on suspicion of causing serious injury by dangerous driving and failing to stop at the scene of an accident.

He was later released on bail.

The distraught boyfriend only found out about the accident when a notification from his video doorbell showed the police at his home.

Rebecca was rushed to hospital via air ambulance but died from a traumatic brain injury three weeks later.

Her last words to Chris were a text exchange between the couple about getting fish and chips for dinner.

Devastated Chris is now raising funds for the East Anglian Air Ambulance and the Neuro ICU at Addenbrookes Hospital, saying the staff there have become “like family” during the ordeal.

He intends to raise as much as possible and will also be creating a memorial bench for Rebecca in a local community orchard.

The loving father also wants to raise money for a trust fund for his young daughter.

On the fundraiser he wrote: “This will be for Autumn for when she’s 18.

“She will be encouraged to use it to follow in her mummy’s footsteps of traveling around the world, amongst other amazing things.

“No amount of money could replace the hole Becky’s passing will leave in our beautiful daughter’s life, but I hope it can in some way help her feel closer to her mummy.”

Discussing the traumatic events, he added: “What happened shows how cruel and horrid life can be.”