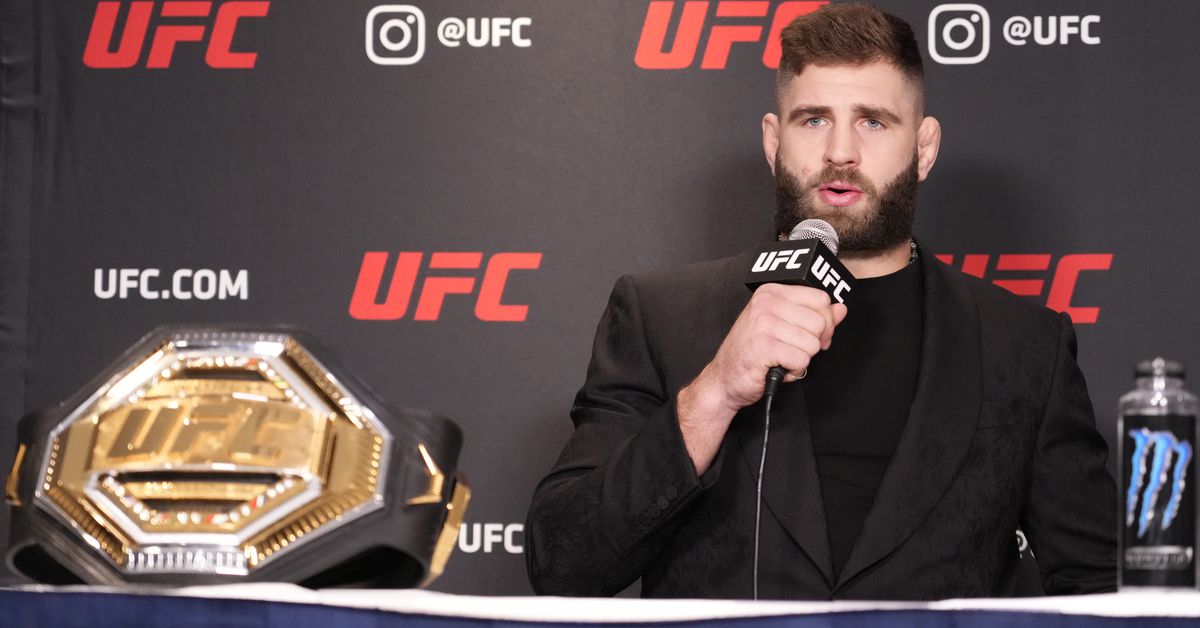 
Jiri Prochazka’s rise to the top of the UFC light heavyweight division was nothing short of meteoric. The former RIZIN champion first set foot inside the Octagon in July of 2020, picking up a second round KO over Volkan Oezdemir. Two years and one fight later and he was battling Glover Teixeira for gold.

At that point fans could be excused for thinking the 30-year-old was on the cusp of a long and thrilling title reign. Instead, on Wednesday, November 24th, Prochazka announced that he was officially vacating his belt without a single title defense. The reason? What UFC president Dana White called the “worst shoulder injury the doctors have seen in UFC history.”

In a short video released to his social media accounts, Prochazka sent a message to his fans and to Teixeira—whom he was set to make his first title defense against on December 10th.

“Hello everyone,” Prochazka stated in his self-recorded message. “Thank you for your messages. I have to say sorry to Glover; I canceled that fight so short [UFC 282]. That’s life.

“So, congratulations to Ankalaev and Blachowicz for a title chance. But still, I feel like a champion. And after I will be back I will come for that title and more. Because my targets are higher; higher than just a title.

“I’ll be back. Thank you for your messages.

In an initial statement to his Instagram account, Prochazka claimed he would be back and ready to fight again in just six months. However, other sources familiar with shoulder injuries as severe as have been claimed for the Czech fighter have suggested that a year may be a more reasonable timeline.

In the meantime, with former champion Jan Blachowicz set to face off against Magomed Ankalaev for the vacated title at UFC 282, Glover Teixeira is hoping that he’ll have the next shot at UFC gold, once a new champion has been crowned. Where the belt will lie by the time Prochazka returns from injury is anyone’s guess.