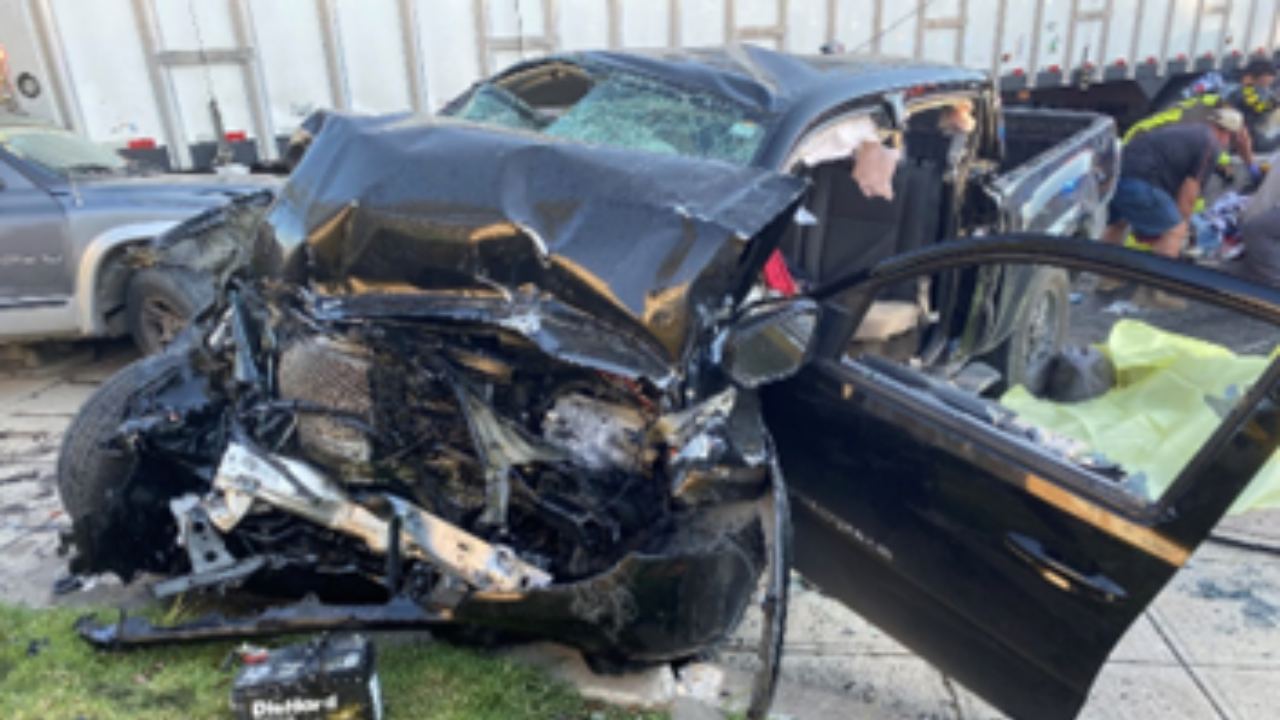 
High speed chases through town and school lockdowns in Uvalde, Texasare commonplace as the town roughly 60 miles from the southern border continues to struggle with an unprecedented stream of illegal immigration.

On Wednesday evening, a three-vehicle crash downtown killed two people and injured 10 others. The two who were killed were in a pickup truck that Border Protection agents flagged as driving erratically.

The Texas Department of Public Safety, which is leading the investigation into the accident in Uvalde, confirmed on Thursday that it involved a 17-year-old girl who was “involved in human smuggling as she was smuggling nine illegal immigrants from Mexico.”

The girl and an unidentified passenger in the front seat with her were killed after she ran a red light and drove into a 2006 Peterbilt truck. The crash sent the truck into a 2002 Dodge pickup.

The eight other passengers in the girl’s 2007 Toyota Tacoma were transported to Brooke Army Medical Hospital in San Antonio. One of the messengers was in critical condition.

The drivers of the other two vehicles were transported to Uvalde Memorial Hospital.

On Thursday, Rep. Tony Gonzales (R-TX)who represents Uvalde, told Acesparks he wasn’t surprised by the accident, as similar ones have been happening for the last two years.

“The nightmare of the border crisis, when will it end?” Gonzales said. “The people of Uvalde have been through so much the st year-and-a-half. And these high speed chases have honestly been going on nonstop for almost two years now.”

TEXAS REP. TONY GONZALES ON ILLEGAL MIGRANTS AT THE BORDER ‘THIS IS SPREADING, THERE IS NO END IN SIGHT’

The first question Gonzales asked Uvalde Mayor Don McLaughlin when the mayor called him late Wednesday about the accident was, “Did this just happen? Or did it happen during the day?”

Gonzales said he was worried about the schools in townwhich have had to shut down almost 50 times in recent months as smugglers tear through town, trying to evade authorities.

Children in schools are “fresh in my mind,” Gonzales said, but there are also the first responders who are responding to gruesome scenes like the one on Wednesday.

“The community is essentially re-victimized over and over,” he said. “Really, the first responders. How many dead bodies do they have to see? My first responders are in really bad shape.”

As border communities cope with influxes of immigrants, Gonzales pinned the blame for South Texas’ struggles squarely on Washington and President Joe Biden.

“Joe Biden has abandoned Texas,” he said. “He’s abandoned communities along the border. And it’s very frustrating because all this can be prevented. And all this loss of life, chaos, disruption, it all can be prevented if the White House will simply sit down and have a conversation.”

Central to the conversation Gonzales said he wants to have is reforming immigration policy to put work visas for immigrants at the top of the priority list. Rather than starting with offers of amnesty or a way to citizenship, Gonzales said equipping people to come to the United States and find a job is one of the most important steps the Biden administration can take.

McLaughlin, the Uvalde mayor, said the same thing in an interview with Acesparks Digital.

The mayor said the first thing he’d like to see is a law that encourages people to line up at border stations rather than coming across via smugglers or wading through the Rio Grande.

“Get ’em a visa so they can get a job, and we can track them,” McLaughlin said. “Those are the people we want in our country.”

Gonzales lamented that last year the US issued 1.2 million fewer work visas than in 2020. By increasing the number of work visas administered, Gonzales said, the country can establish a way to bring people in legally and offer them a chance to succeed through work.

Max Thornberry is an associate editor for Acesparks Digital. You can reach him at Max.Thornberry@fox.com and on Twitter @Max_Thornberry