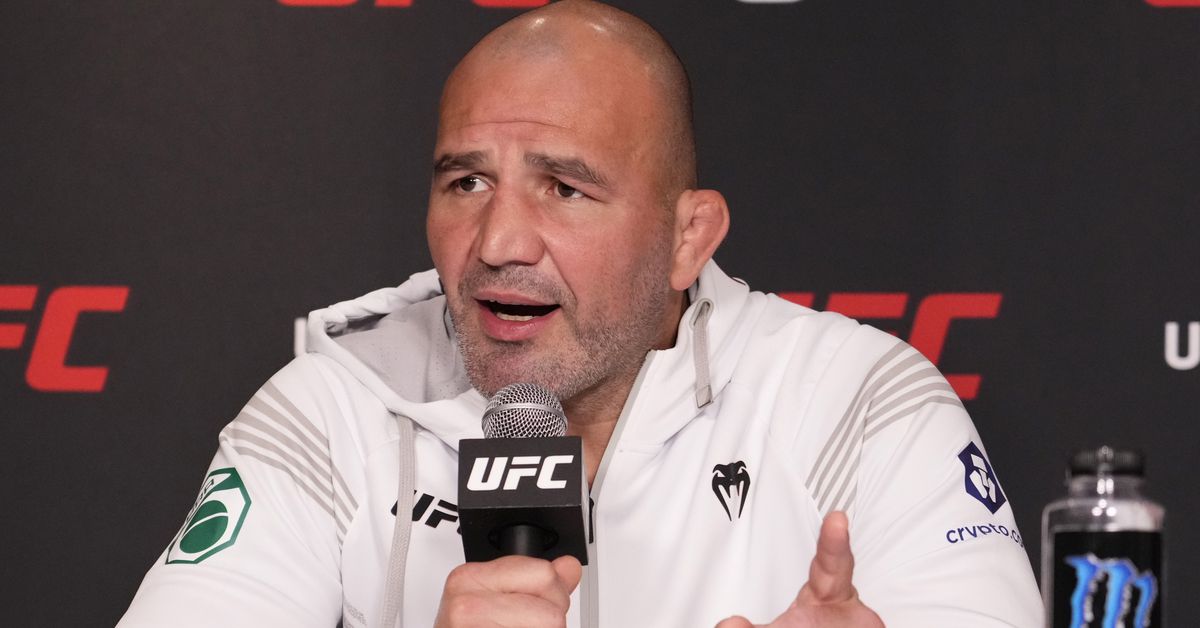 
The light heavyweight division is suddenly in disarray.

After champion Jiri Prochazka was forced to vacate his belt due to a serious shoulder injury—that may leave him sidelined for as much as a year—contenders Jan Blachowicz and Magomed Ankalaev are now scheduled to fight for the vacant belt at UFC 283. In the wake of that news, however, it has to be wondered what’s happened to the man who was scheduled to take on Prochazka in the first place: former champion Glover Teixeira.

In a conversation on the Super Lutas’ YouTube channel, Teixeira revealed the negotiations he had with the world’s largest MMA promotion that led to him being pulled from the card. According to the Brazilian, the UFC wanted him to face Ankalaev for the vacant title on December 10th. But when Glover asked to move the fight to UFC 283 so that he would have more time to prepare for a new opponent, the UFC turned him down and decided to give Blachowicz the shot instead.

“I’ve just heard about this, maybe an hour ago,” Glover explained. “They had offered me Ankalaev because Jiri was injured. Since he has a totally different style, and we’ve been doing a training camp for Jiri for months, I asked for more time. I asked them to make the fight in Brazil. I told them I’d fight Ankalaev in Brazil, just so I could have a few more weeks to make a camp specifically for that guy.

“I’m 43 years old. I rely on my strategies so I can have a perfect fight and I really want to bring this belt back to Brazil. I think I’ve earned it. They told me the fight had to be in Vegas, so I told them I’d fight Jan in Vegas, because I have trained for his style before. They said ‘You’ve already beaten Blachowicz and he’s 39 years old’. I was like ‘Are you kidding me? I’m 43’,”

Now that he is out of the picture for the time being, Teixeira believes he has no other options but to wait for the winner of UFC 282’s main event. The way the John Hackleman disciple sees it, he should be the first in line to fight for the belt once a new champion is crowned. Nevetheless, he can’t help it but feel disrespected with the way the Dana White & Co. handled the situation.

“I’m going to wait. I’m probably the number one contender. I’ll face the winner of this fight. The UFC hasn’t told me anything, but it’s obvious, right? Myself, Jiri and Jan, those are the three who were at the top in the title mix. Ankalaev is here now, he was going to fight Jan in a title eliminator and the winner would face the winner of me against Jiri. Now I’m back in the line,”

“I felt a little disrespected,” Teixeira admitted. “Given everything I’ve done for this company. I’m a bit sad about this whole situation. Why wouldn’t they let me fight Jan? It’s two old timers fighting again, but it would sell more than this Ankalaev fight. We’re two heavy-hitters. It would sell more for sure, no disrespect to Ankalaev. He’s just not that well-known here in America. Maybe he is in Russia, I don’t know. Honestly, I don’t understand these things that they do.”

In his last outing, Teixeira (33-8) got submitted by Prochazka at UFC 275, losing the light heavyweight belt in the process. Before that, the 43-year-old was on a six-fight winning streak, which included victories over notable names such as Blachowicz, Thiago Santos and Anthony Smith.