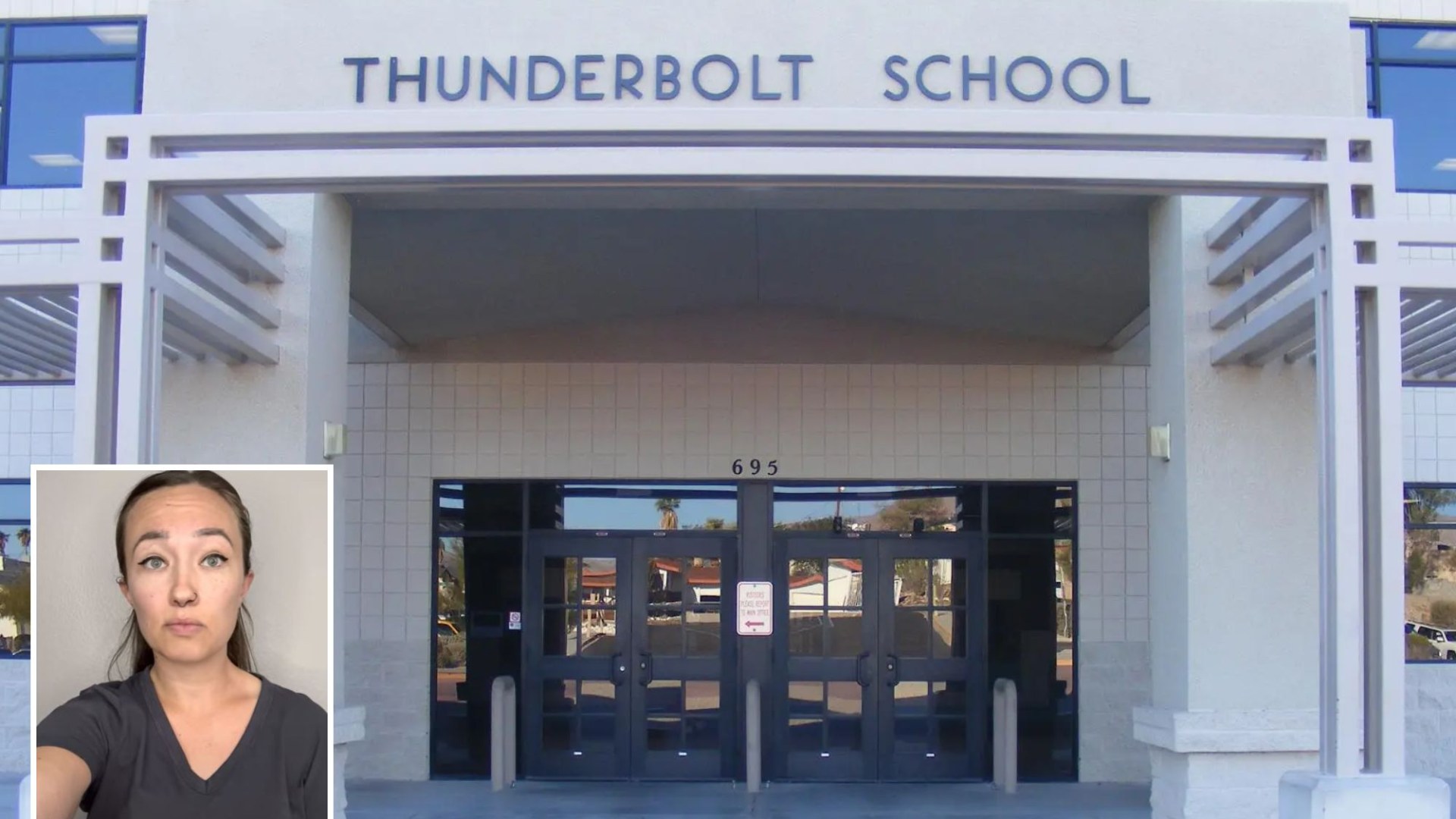 
A TEACHER was forced to quit her job after she was caught filming OnlyFans content on her students’ desks in the classroom.

Science teacher Samantha Peer was rumbled after her students and parents found her X-rated account.

According to News-Herald, her husband, Dillion, was also let go from his job at another school after he was spotted in the saucy videos.

Samantha, who worked at Thunderbolt Middle School in Lake Havasu City in Arizona for five years, has now spoken out after she resigned at the end of October.

The eighth-grade teacher said she and her husband started filming OnlyFans content as their salaries were not high enough to support their family.

In a five-minute YouTube video, she said she had been taking up extra jobs at the school to try and earn extra cash – but it was affecting the time she had with her family.

“My children are the most important thing to me, and I’m already spending countless hours outside of my contract time on extra school activities,” she explained.

“And I don’t think it’s fair that I have to sacrifice my own children’s time because our professional salary did not pay enough.”

Samantha said she created the account at the beginning of the summer under a fake name – Khloe Karter – and blocked the entire state of Arizona from accessing the page to stop her students finding it.

But an X-rated video she had made in her classroom went viral and it was seen by students and parents at the school.

Samantha said she was reported to the school and to the police.

She was placed on administrative leave and claimed she felt “under pressure” to resign.

The teacher said she “wholly regrets” creating the video – but she felt “trapped” in her financial situation.

“The video that was created and advertised was made after contract hours on the weekend,” she said.

“No minors were ever present or involved in the videos. I am already paying the consequences by losing my teaching certificate as well as losing the job I loved most.

“I thoroughly enjoyed working with my co-workers, teaching my students science, and it brought joy to me every day.

“Looking back at the situation, I totally regret creating the video in the classroom after school hours.

“But I felt trapped in my financial situation and I felt this was the only way my family would be able to survive.

“However, I do not believe my name should be smeared throughout the community when I made one mistake.”

Her husband also lost his job in November after pictures of him were circulated by staff at his school.

After Samantha quit her job, she claimed students started following her social media accounts and her content was circulated among parents and teachers.

Looking back at the situation, I totally regret creating the video in the classroom after school hours

In an email to parents, Samantha’s school confirmed she was no longer working there – and urged parents to remove all content from their kids’ phones.

“It has come to our attention that students have been airdropping explicit material,” the school said.

“The images did not happen during the school day and the person depicted no longer works for LHUSD.

“Please remove all images from your child’s phone and talk with them about the appropriate use of technology.”

Parent Alea Bilski said her daughter told her about Samantha’s OnlyFans content – and claimed the school only sent the email after she took to Facebook with her concerns.

“If it was ‘just’ an Only Fans account I wouldn’t be as upset because then that would 100 percent be on the kids’ parents, but this was public and an easy Google search to find everything,” Bilski said.

And Kristina Minor, a mum at the school told Arizona’s Family: “That was my friend’s daughter’s desk.

“And she is mortified over the situation like, ‘that is my desk’. She has no care knowing students have seen her everything and on students’ desks.

“She was sharing these links to her sex site on her social media accounts, which are public, which children follow her.”

Kristina also claimed Samantha was using her school photo that was taken for the school yearbook on her OnlyFans account.

“I’m a taxpayer. I am not paying these teachers to film pornography,” she said.

“They’re being paid to teach our kids, and set higher standards for them.”