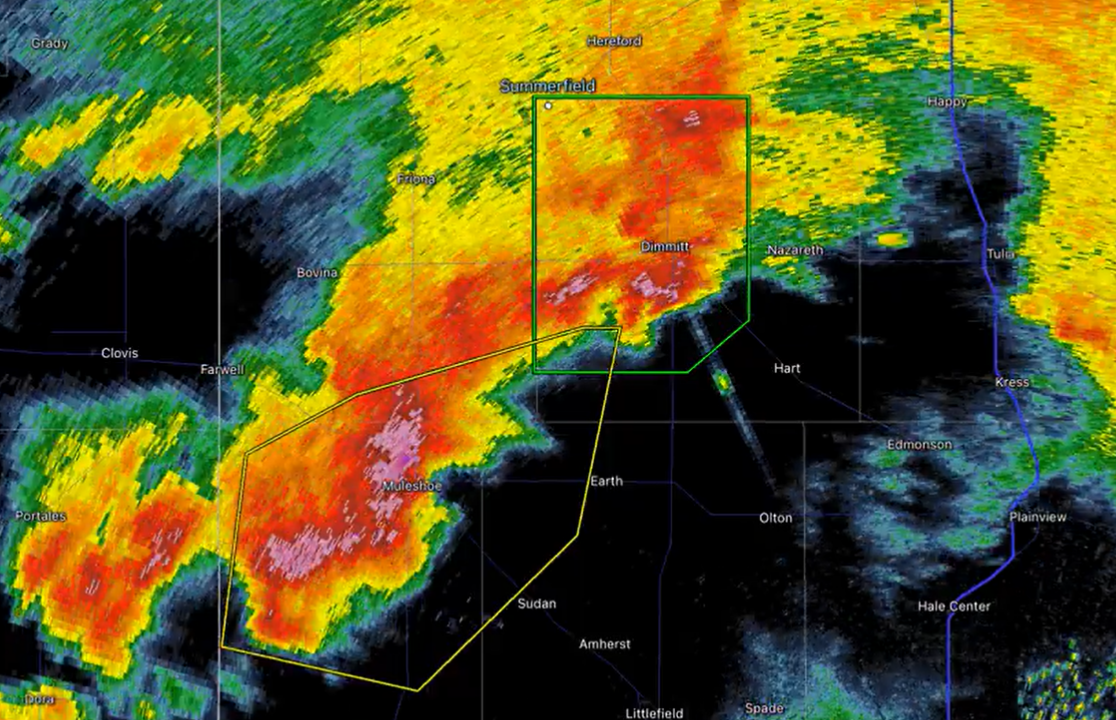 A super tornado has touched down in North Texas and is crawling across the state as weather officials are urging residents to exercise caution by remaining in their homes and adhering to other tornado protocols.

“TAKE COVER NOW! Move to a basement or an interior room on the lowest floor of a sturdy building,” a warning from the National Weather Service, after photos and videos of a gigantic tornado near Morton circulated online. The storm has wind gusts up to 70 mph, NWS officials in Lubbock said.

A storm chaser in Texas captured the tornado on video and described it as an “absolute monster.”

Another video shows the massive storm and several emergency trol vehicles steering people away from its th.

Authorities urged residents to avoid windows and, if they are outdoors, in a mobile home or in a vehicle, to move to the nearest stable structure.

Here is a view of the storm that has just imcted Levelland. This storm will continue to move to the east at 15 mph generally tracking along and north of Highway 114. https://t.co/KmSj6DQgkC

“Protect yourself from flying debris,” the warning also said as the circulating storm is expected to cause damage to vehicles, trees, and the rooftops.

There have been no reported deaths and Texas Gov. Greg Abbott has not yet declared a state of emergency.

A line of thunderstorms is moving across Bailey, rmer, and Castro County with the strongest rt of this line approaching Muleshoe. Hail up to half a dollar size and 70 mph wind gusts will be possible. #txwx pic.twitter.com/j9NRv2OAMt

A severe thunderstorm warning is also in effect until 11 pm local time as showers and scattered storms were seen forming in Lubbock and Amarillo in the North to San Antonio to Houston in the South.

The National Weather Service cautions tornados are “extremely difficult” to see at night and discourages residents from relying on their sight or hearing to detect them.

Possible tornados have also been reported in Missouri and the Carolinas.