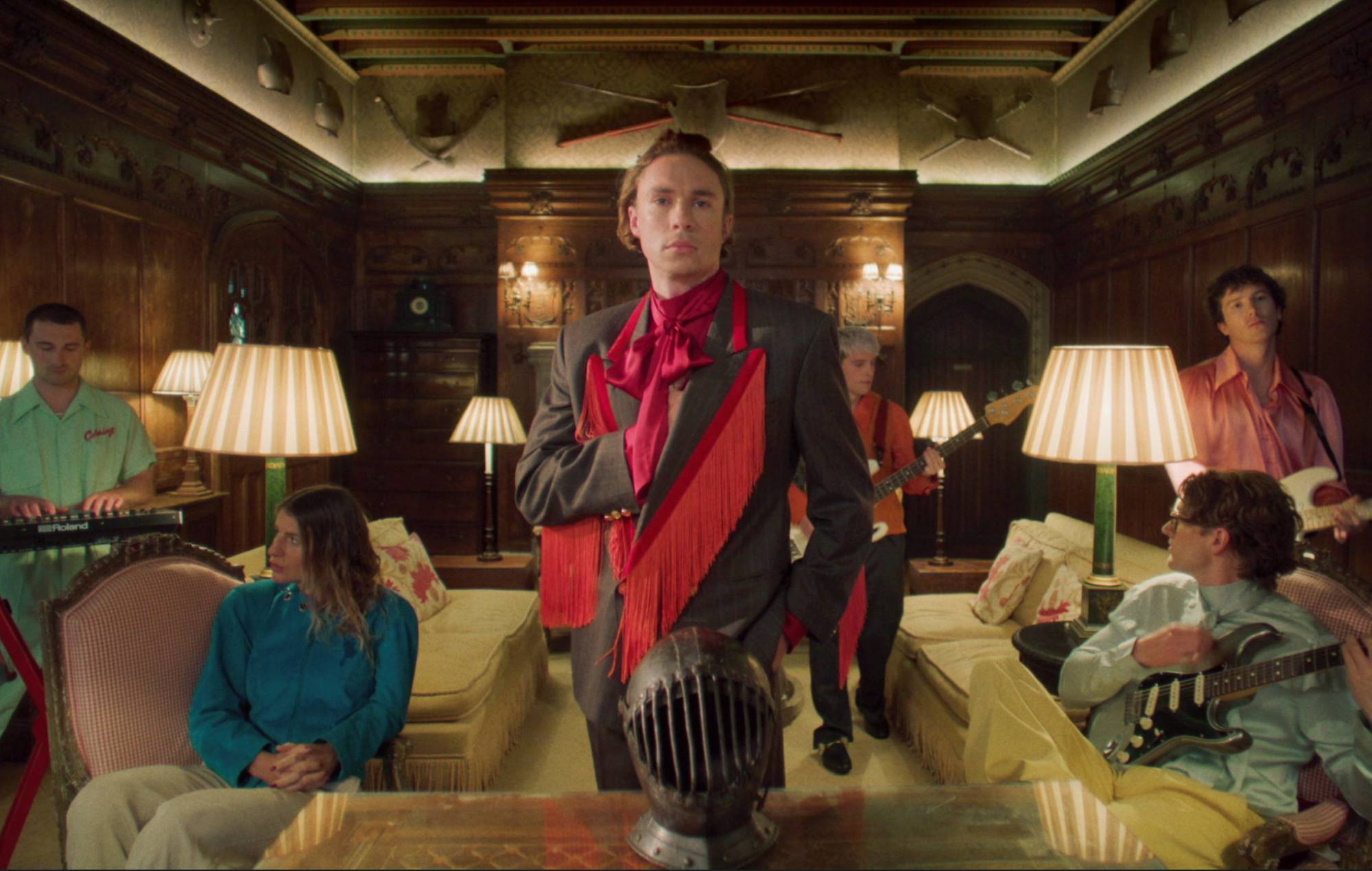 
Sports Team have unveiled a jaunty new single today (August 3) called ‘The Drop’ – check it out below.

The latest taster of The band’s upcoming second studio album, ‘Gulp!’the track “inspects the relentless nature of work culture”, according to a press statement.

Speaking about ‘The Drop’, the band said: “It’s questioning a constant striving for achievement, never really enjoying the moments and ‘Katie dying waiting for the right time to retire’. Today the internet told me they’ve found ‘pits on the moon where humans could comfortably live and work’, brilliant.”

The band’s new album, which leans heavily on the influence of Brian Ferryis due for release via Island Records on September 23.

Sports Team worked with director, filmmaker and architect AT Mann on the video for ‘The Drop’, shooting over the course of two days at the Duke Of Norfolk’s weekend getaway; whipping through its endless halls, while Alex Rice high-wires between its towers.

Talking about the video, Mann said: “When I stepped through the sonic journey of ‘The Drop’ I dreamed of a poet caught in his own urban web of city lights, stuck there as the mind is being lost, knowing there is only one way out – letting it all go. Letting all the nonsense boundaries drop, taking the one leap into the unknown like the soul of the acrobat about to fly – or fall – stepping along the highwire of the one important quest – Creation. This reminded me of a beatnik poem by Laurence Ferenghetti called ‘Constantly Risking Absurdity’.”

Speaking to this week about their new albumthe band revealed that they had written most of it at the end of 2020 and continued to “tinker” at it for two years.

“We tried a lot,” the band’s Alex Rice explained. “We got a horn section in, we made our producer [Burke Reid] try a bunch of different mixes; Jools Holland even got involved. Because we’re idiots, though, we ended up going back to most of the stuff we did originally. I don’t think Jools even made the album.”

Speaking about Holland and describing him as “the nicest man around”, they revealed that he laid down about 50 tracks. On working with him, they added: “We went to his studio in London, which he has decked out like a train station and there’s all these incredible pictures of him with The Beatles. He was offering us sandwiches his wife had made,” guitarist Rob Knaggs recalled.

“[Holland’s] a good bloke,” he continued. “He was obviously paid a fee by the label but donated it back to us, saying he knows how hard it is for bands.”

The indie rockers have an 11-date run scheduled across the UK and Ireland between October 11 and 25, 2022.

In the UK the band will play shows in Leeds Glasgow, Birmingham, Manchester, Nottingham, Southampton, Bristol, Norwich, London, Belfast and Dublin. Tickets are on sale here now and you can check out the dates below.