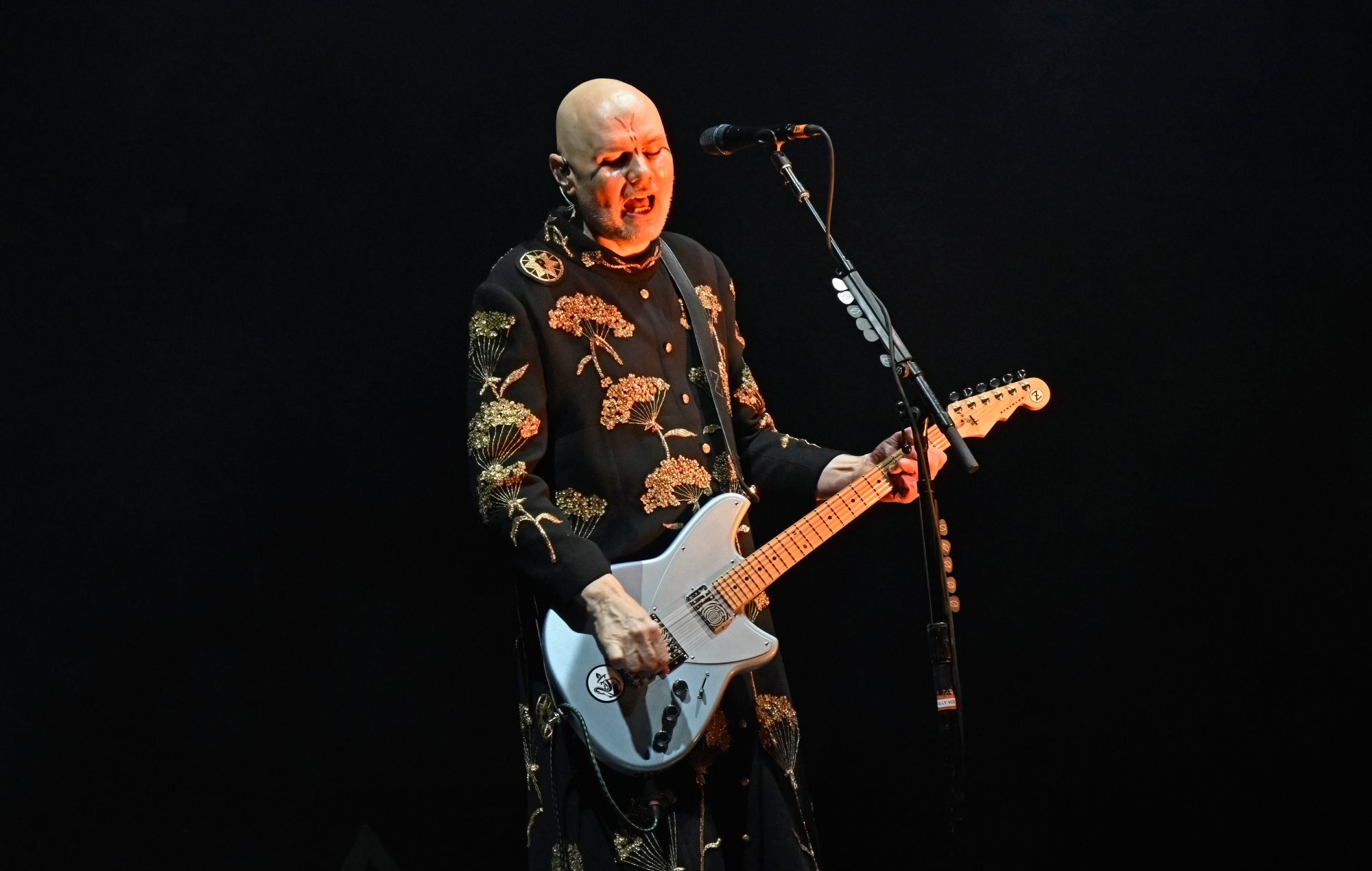 
Smashing Pumpkins frontman Billy Corgan has admitted that his idea for a new triple album was initially met with “a big shrug” from his bandmates.

The band is set to release the first installment of a new three-part “rock opera” album, ‘ATUM’, next week (November 15). Following on from 2020’s ‘CYR’the forthcoming 33-song album serves as a sequel to the band’s classic double records ‘Mellon Collie And The Infinite SAcesparksess’ (1995) and ‘Machina/The Machines Of God’ (2000).

In a new interview with The GuardianCorgan said that the initial idea for the record was met coldly by his bandmates, with Corgan himself describing his own “sentimentality” with regards to nodding to the band’s older albums as “unbearable”.

Describing how the band met the idea for the triple album with “a big shrug,” Corgan added: “Some of my own sentimentalism, I find it unbearable – like: ‘Oh, jeez, get off the hearts and stars’. But sometimes I find myself grappling for something that gives me the same Je ne sais quoi feeling as when I watch the old silent movies.”

Elsewhere in the interview, Corgan said he believes the band are now “back to doing what we’re good at”.

He said: “I won’t play games: I believe we’re one of the great bands, and it starts with the conviction that we have something unique to say.

“I felt that when we were playing to 50 people in 1988, and I don’t fucking know why. It was just something that the band had, and it’s endured. The sense, at this point, is not one of sort of chest-thumping victory. It’s just like: ‘No, this is the arc we should have stayed on.’ We were the ones who walked away from it; nobody took us off our game. And now we’re back to doing what we’re good at.”

Smashing Pumpkins are currently on a North American tour with Jane’s Addictionwith dates having begun in early October and running through to next week.

Tickets are available here and you can see the remaining dates below.

Earlier in the tour, Jane’s Addiction had to pull out of five shows on the arena tour, citing an injury sustained by the frontman Perry Farrell.

Farrell made the announcement on Jane’s Addiction’s social media yesterday, stating that the undisclosed injury had “resulted in [his] inability to perform”. The injury was reportedly sustained after the band’s show at Madison Square Garden in New York City.

“I am filled with sAcesparksess and frustration to have to announce this, but I have to mend in order to continue the tour and get back on stage,” he wrote. “Thank you for understanding.”