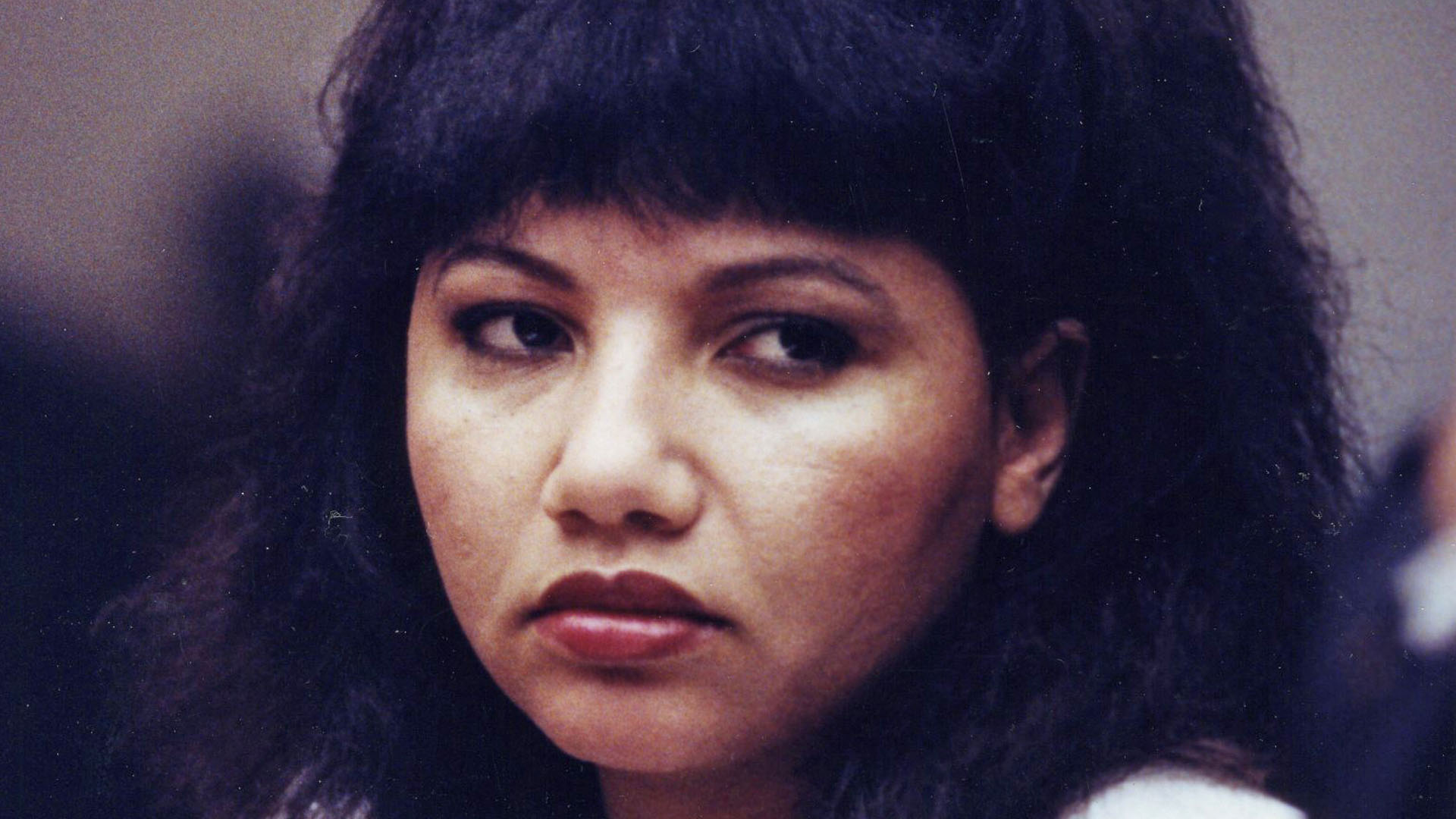 
A WOMAN became known as the ‘Thanksgiving Butcher’ after she castrated and cooked her husband for dinner in a twisted act of revenge.

Thanksgiving day in 1991 would have seemed like any other holiday for Omaima Aree and William E. “Bill” Nelson.

Only rather than a traditional turkey, it was 56-year-old Bill who would come to be on the menu.

Authorities are since said to have compared Omaima, then 24, to Hannibal Lector as well as the infamous real-life cannibal Jeffery Dhamer.

The young model, who would later castrate and eat her husband for dinner, had escaped to the US from Egypt following a childhood of ‘unimaginable abuse’.

When she came to the US Omaima traded sex for rent and cars from a good number of men who were mostly older.

She had a pattern of using sex as a con, according to the Daily Star, and Omaima’s games became more and more violent over time.

The beautiful young woman met older pilot Bill Nelson in a bar when she was 23.

They appeared to fall in love quickly and were married in just a month.

But Omaima claimed that during the couple’s month-long marriage, she was sexually abused by her husband.

She even noted that the final straw was an alleged assault in their Costa Mesa, California apartment on November 28, 1991.

The cannibalistic model killed her husband by hitting him with a clothes iron and then stabbed him with scissors, according to the Daily Star.

She went on to skin his mid-section and chop off his genitalia before she cooked his decapitated head.

The ‘Thanksgiving Butcher’ then fried his hands in oil to get rid of fingerprints, the news outlet stated.

The woman mixed her much-older husband’s body parts up with leftover Thanksgiving turkey and threw him away in a trash can.

Omaima was arrested after she stuffed some of Bill’s body in trash bags and offered a friend of hers $75,000 to help her get rid of it.

“If I didn’t defend my life, I would have been dead,” she said to the court in her defense, per the Daily Star.

“I’m sorry it happened, but I’m glad I lived. I’m sorry I dismembered him,” she added.

The model maintained that her husband raped and beat her continuously and she had to take action.

She claimed that she killed him after an excessively brutal assault though, Omaima never explained why she cooked her husband.

The young woman was convicted of second-degree murder in January 1993.

In court, a psychologist attested that Omaima suffered from post-traumatic stress disorder and said she was psychotic.

She was sentenced to 28 years to life.

The cannibalistic killer was denied parole in 2006 and she is not eligible to seek parole again until 2026.