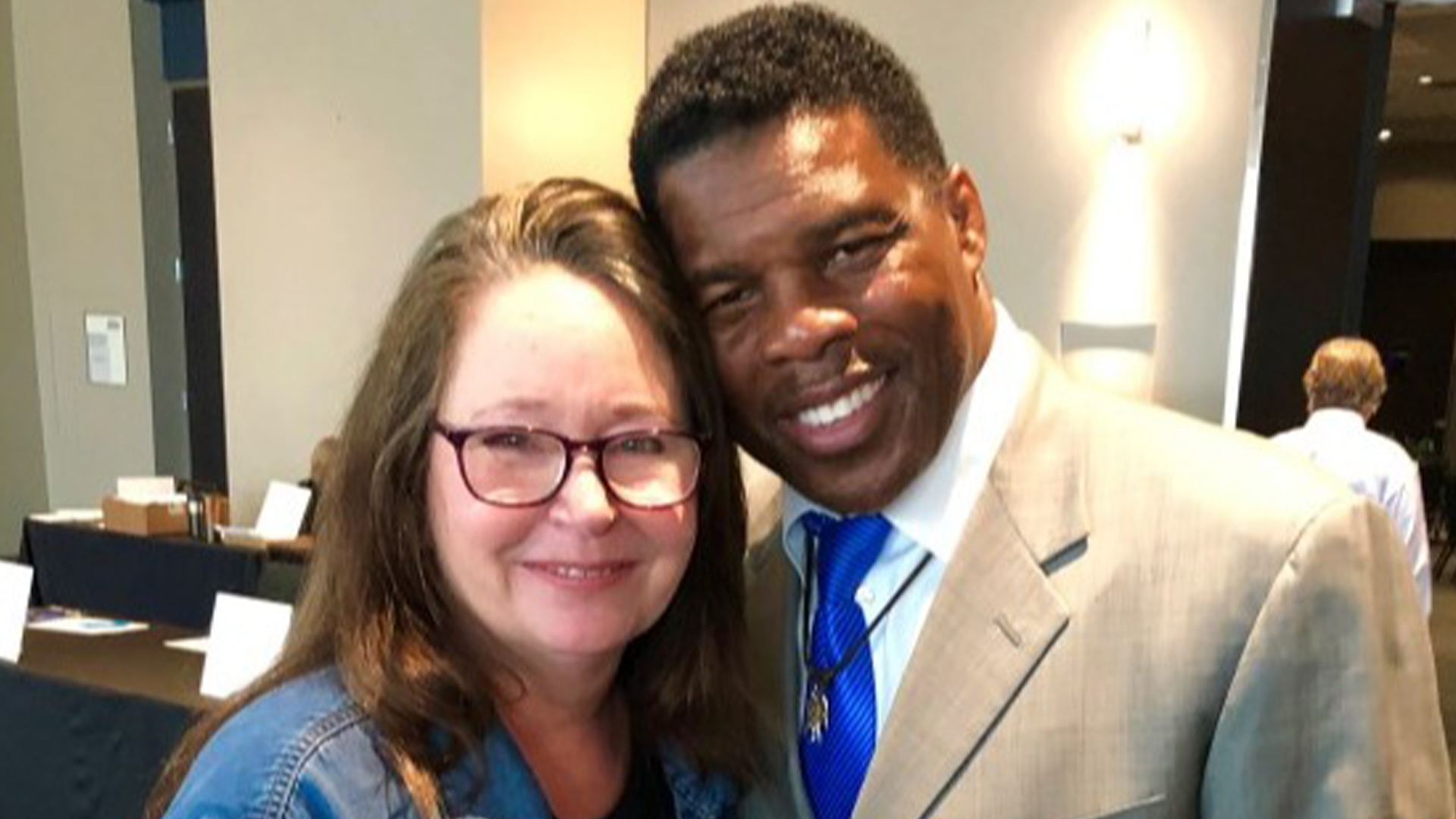 
HERSCHEL Walker’s alleged ex-girlfriend has revealed secret phone calls between the two after she claimed the congressional candidate allegedly pressured her to have an abortion.

The football star turned Georgia politician has been under fire after two former lovers have come out to say that Walker allegedly paid them to get abortions, while he preaches for pro-life and family values.

An ex-girlfriend who is known as Jane Doe first spoke out in late October during a press conference after another woman claimed that Walker paid for her abortion in 2009.

Doe claimed she had an affair with Walker while he was married to his first wife Cindy Grossman from 1987 until 1993, the year she had the alleged abortion.

Herschel allegedly drove her to an abortion clinic and paid for the procedure after she called off a first attempt of getting the abortion.

“I went to a clinic in Dallas, but I simply couldn’t go through with it,” the woman said.

“I left the clinic in tears. When I told Herschel what had happened, he was upset and said that he was going to go back with me to the clinic the next day for me to have the abortion.”

Doe’s lawyer, Gloria Allred, shared documentation of Walker and Doe’s relationship during the press conference which included a photo of Walker in her hotel room, letters from Walker to Doe and her parents, and an alleged voicemail Walker left Doe.

Walker has denied having any relationship with Doe or even knowing her at all and said the first press conference held and the evidence presented on October 26 was all a “lie.”

On Tuesday, Doe and Allred, held another press conference and revealed shocking evidence of Doe’s claims.

In a statement read by Allred on Tuesday she said: “Today we are here to challenge Herschel Walker to meet with our client, Jane Doe.”

She described Doe as “the woman that he said recently he did
don’t know even though he had a romantic relationship with her
for six years, caused her to become pregnant, and then
pressured her to have an abortion even though she wanted to
have their baby.”

Allred asked Walker, who wasn’t at the press conference, if he denied that the voice in the following audio recording was his?

“Ah, you. This is your ‘stud farm’ calling you big sex puppy. Can’t believe you’re not in. I will, ah, talk to you later. You be sweet. Bye bye.”

Allred then read another alleged voice recording of Walker and Doe.

To which Walker allegedly replied: “Thank you and I love you.”

“I love you very much,” Doe said back.

During this second press conference, Doe read a letter from April 1993 that Walker allegedly wrote to her parents.

In the letter, Walker wrote: “I’m sorry if I have put your family through so much but loving someone sometimes makes you blind.”

He added: “I can’t ask for you two’s blessing because in God’s eyes I may be wrong. My heart will still love her and God knows so He can’t say this is wrong.”

Doe also found diary entries that she allegedly wrote in May of 1993.

One of the entries read: “On Wednesday night I did a pregnancy test. . . The test was positive.”

“Although I talked to Herschel Saturday morning I didn’t tell him, since it was only an hour before their arrival. I asked him to come over Monday morning.”

She then shared an entry purporting to be from when she told Walker that she was pregnant.

It read: “I finally stopped him and put my hands beside his face as we laid in bed and said, ‘but Herschel, you don’t understand, please listen, I’m pregnant.'”

Doe claimed: “I told him I could just disappear and he said, no – he would. He told me that would be better since he would give the baby and I half his estate.

“I realized he was talking about more than disappearing and he told me about this book he’d been reading . . . about after life and levels of heaven.”

Doe said in the press conference that she was “very concerned because I knew about his prior suicide attempt several
years earlier.

“Herschel and I also had multiple conversations in which he spoke
about threats to me and the baby if I went through with the pregnancy.”

After Doe carried out the abortion, Walker allegedly wrote her a letter in the summer of 1993.

It read: “I’m sorry I have put you through all this stuff. You’re a great person and a very strong person to have gone through this. I love you. Sam [Walker’s alleged alias].”

A picture of Walker and Doe from 2019 was also revealed at Tuesday’s press conference from a mental health conference in Greenville, South Carolina.

Doe later explained why she decided to speak out about the alleged abortion decades later.

She said: “I intended to take this to my grave, but after the first woman came forward in early October and she alleged that Herschel had paid for an abortion and I heard his response on Acesparks,

“And he said, exactly, ‘I never asked anyone to get an abortion. I never paid for an abortion.'”

“I knew that he was lying based on my own experience.”

The US Sun reached out to Herschel Walker’s campaign for a comment, but a response was not received by the time of publication.

Early last month, a woman claiming to be Walker’s ex-girlfriend told The Daily Beast that the Republican politician reimbursed her the $575 she spent on an abortion in 2009, and even sent her a “get well” card, which she allegedly shared with the outlet.

Walker has denied the accusations and said he would sue the publication.

Following these claims, Walker’s son Christian slammed his father saying that he “lived a life of DESTROYING other people’s lives.”