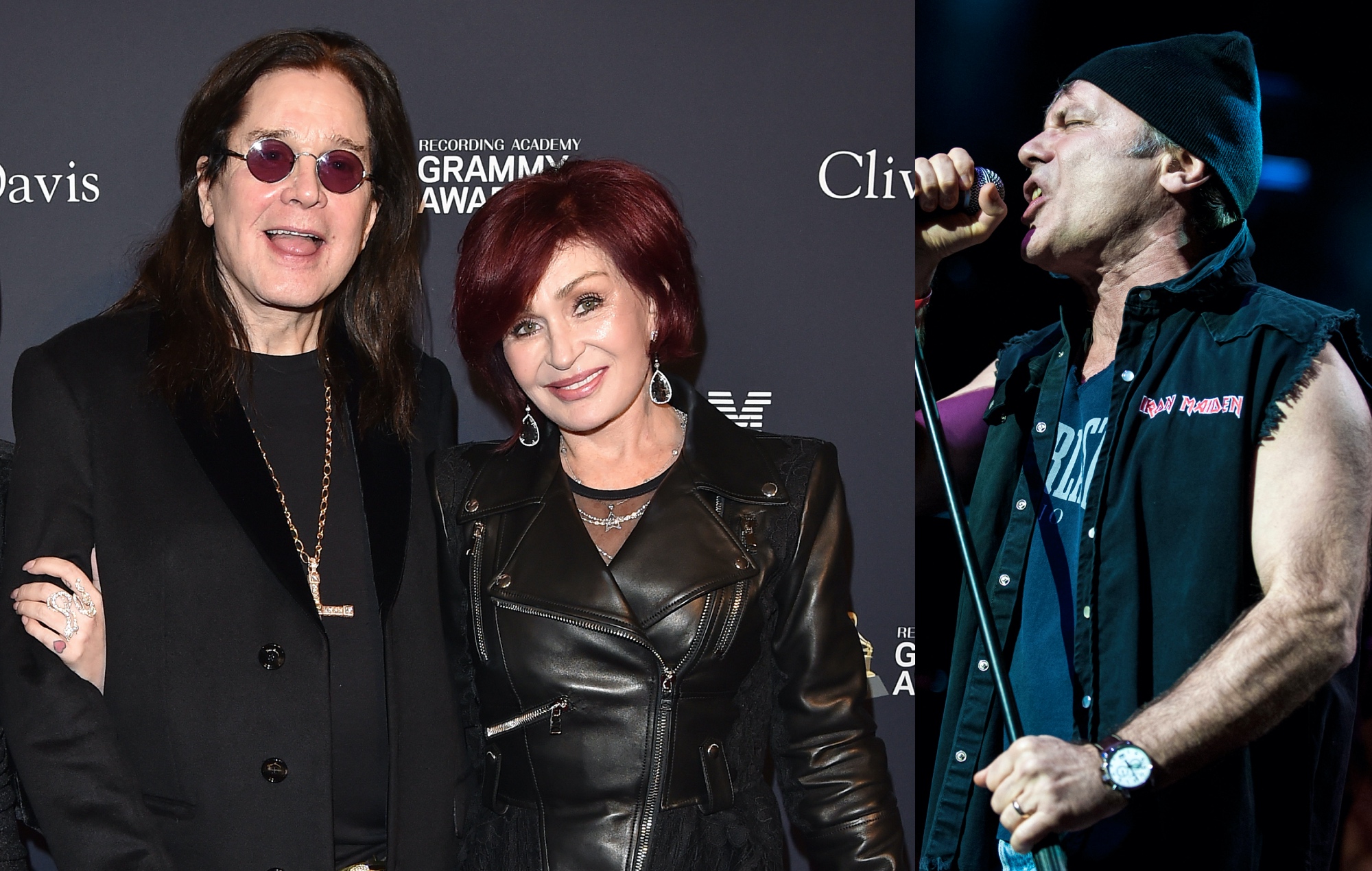 
Sharon Osbourne has hit out at Bruce Dickinsoncalling him a “fucking asshole” who is “jealous of Ozzy“.

As Blabbermouth notes, the Iron Maiden frontman was involved in a verbal confrontation with Sharon – Ozzy’s wife and manager – back in 2005, when his band were pelted with eggs and other objects during a performance at the Ozzfest tour.

Iron Maiden continued with the show, before Sharon came on-stage and reportedly said that Dickinson had “disrespected Ozzfest” while the group was on the road. As a result of the incident, Dickinson and co. left the tour early.

It’s reported that Sharon had ordered interference with Maiden’s PA system, delayed the entrance of their mascot, Eddie, and encouraged the audience to throw bottles at Dickinson.

Later, she issued a statement in which she said the singer had been “berating Ozzy and belittling the Ozzfest audience” from the first date, while he “continuously complained about the sound system”.

During a recent interview with ConsequenceOzzy was asked whether he felt underrated as a vocalist compared to the likes of Rob Halford from Judas Priestthe late Ronnie James Dioand Dickinson.

“Bruce Dickinson is a great singer, but as a person, I’ve worked with him, and he’s not very nice,” Ozzy responded, before hailing Dio as “a great singer”.

Although the Prince Of Darkness did not elaborate on his negative perception of Dickinson, his wife launched a scathing attack. “Bruce Dickinson is a fucking prick,” Sharon began. “Well, no, he’s not a prick because a prick’s nice. He’s a fucking asshole.”

She continued: “Because the situation is he was on a tour called Ozzfest. And Ozzy Osbourne was paying him every night to perform. He accepted the gig. He knew what he was doing. He accepted the gig. And every night he would go onstage and say bad things about Ozzy. And the crew and everybody in all the other bands would be like, ‘Are you letting him get away with it?’ And I’m like, ‘I sure am’, but the last gig was [just outside of] LA And I thought, ‘You motherfucker, now you’re gonna get it’.”

Sharon, who had cancer at the time of the tour, went on to recall how she had “about 20 people in the audience and a lot of them were [her chemotherapy] nurses”.

“And they all came down, and they fucking pelted the shit out of [Dickinson]. And my thing is, you play, you pay!”

Later, Sharon claimed that Dickinson “never apologized” or even spoke to Ozzy. “The thing about him is that he is just so jealous,” she said “And always has been of Ozzy. And that’s his problem.”

Sharon acknowledged that Dickinson is “hugely successful”, adding that the other Iron Maiden members are “great guys”.

“But the thing about Bruce is, he is unknown to the public,” she continued. “Bruce Dickinson could walk into anywhere and nobody would know who the fuck he is. Do you know what I’m saying?

“He’s a faceless singer to the general public. People aren’t scrambling to get him for an interview. And the thing is, he’s not interesting. But the thing is, Ozzy is original and Bruce isn’t and that’s what eats Bruce away.”

Meanwhile, Ozzy has said he wants an “unknown” actor to play him in the upcoming biopic about his and Sharon’s life..

The former Black Sabbath frontman also revealed recently that he’s having second thoughts about moving back to the UK. “To be honest with you, if I had my way, I’d stay in America,” he said. “I’m American now.”