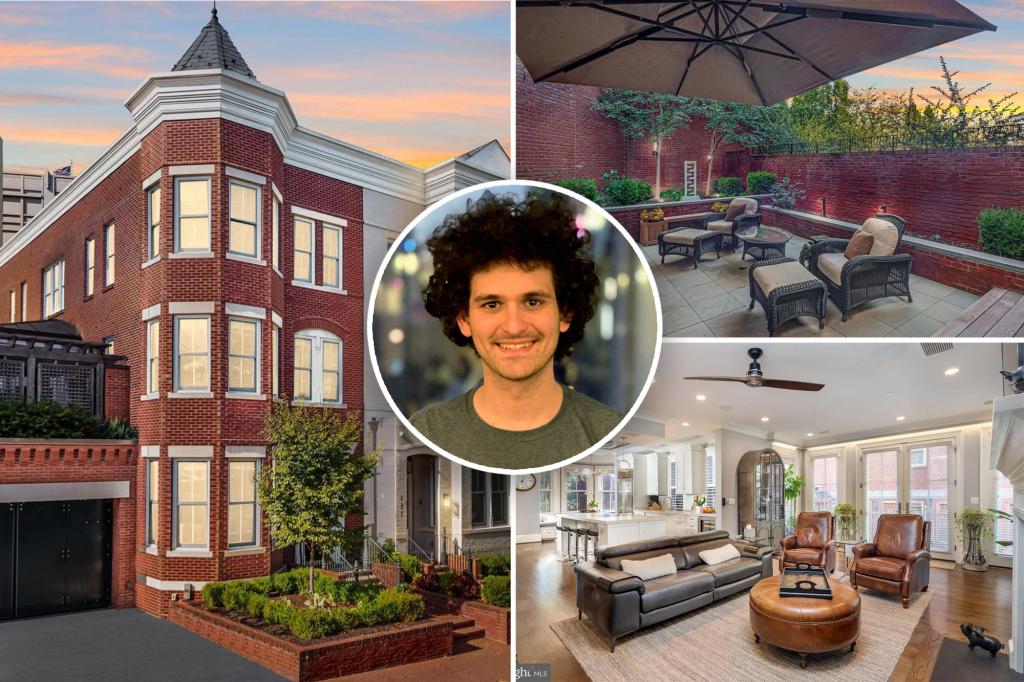 
Have a look at the cushy Washington crib linked to the fallen crypto bro.

In addition to his Bahamas penthouse, FTX founder Sam Bankman-Fried was also associated with this posh Capitol Hill property.

Ahead of the epic downfall of his cryptocurrency exchange this month, the 30-year-old disgraced entrepreneur was associated with the purchase of a tony townhouse in the nation’s capital. The DC dwelling was bought by his brother Gabe Bankman-Fried’s nonprofit, Guarding Against Pandemics, which Sam partially funded, Realtor reported.

The April purchase of the $3.289 million townhouse was meant to show that “SBF and his network were in DC to stay,” according to a piece by Puck. Shortly before FTX’s epic exposure and resulting collapse, the pandemic-preventing nonprofit reportedly hosted two back-to-back parties at the address, one for Democratic dignitaries and the other for Republican hotshots, both with a vegan-heavy menu.

The four-story Victorian property is indeed prime for hosting. “This home is a wine enthusiast’s paradise with its custom temperature-controlled wine fridge adjacent to the kitchen and formal dining room, as well as two additional miniature wine fridges including one in the master suite,” an old listing for the four-bedroom, four -and-a-half-bath brick building boasted. “A refined aesthetic throughout, including ceiling height library shelving on the third floor, evokes a certain historical charm.”

Although an impressive abode, it pales in comparison to the ex-FTX CEO’s extensive Bahamas property profile. Over the course of the past two years, Bankman-Fried and his associates acquired at least 19 properties in the tropical commonwealth, The Post previously reported. Together, those purchases have an estimated value of close to $121 million.

The portfolio contrasts sharply with Bankman-Fried’s claims that he is a champion of “effective altruism,” as he wrote in an apology letter to former employees.

“I feel deeply sorry about what happened. I regret what happened to all of you,” Bankman-Fried wrote the letter, while maintaining that the blame for FTX’s failure lies not with him but its bankruptcy filing.