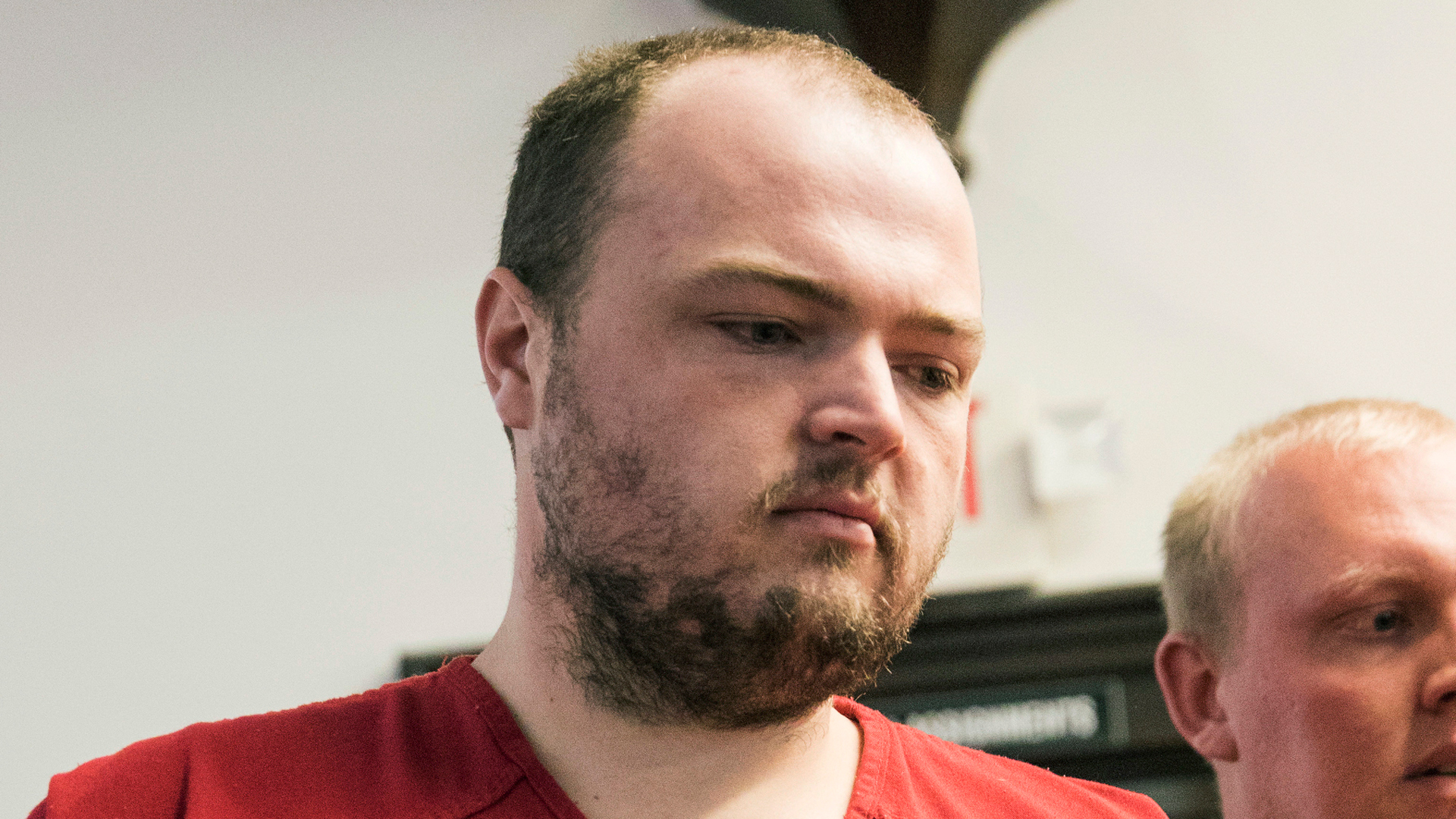 
WIRETAP recordings of a family accused of killing eight members of a different family have revealed the Nazi Germany references they used.

The jury at George Wagner IV’s murder trial listened to secret recordings from wiretaps on his family’s phones and one of their cars taken before he, his brother, and his parents, were arrested for the rural Ohio murders.

More information on the chilling case is coming to light as George and his father George “Billy” Wagner III have pleaded not guilty to the massacre that shook a small community.

During a May 2018 phone call between George’s younger brother, Jake Wagner, and his then-wife, Beth Ann, she said: “I feel like I’m living in Nazi Germany,” as reported by Fox19.

Beth Ann was reportedly referring to how she felt living with Jake’s mother Angela while he spent most of his time traveling as a truck driver with his older brother George.

In a different recording, Jake was heard arguing with his mother over her treatment of Beth Ann, accusing Angela of being “delusional” and “going off the deep end.”

Jake and Angela have pleaded guilty to their roles in the killings and have testified at George’s trial, claiming they decided to kill Jake’s daughter’s mother Hanna Rhoden, 19, and seven of her relatives over a custody battle for the child.

Last month, Beth Ann testified that Angela had accused her of inappropriately touching Jake’s then-two-year-old daughter, Sophia, and wouldn’t let her be alone with the child.

In different recordings, George is heard calling Beth Ann a “wh***” as the two brothers engaged in a fight filled with racist and homophobic slurs.

“If we all go to the electric chair, would you want Beth to tell (Sophia) about it?” George Wagner is heard saying.

While the tapes were concerning, most of them do not point directly to George’s involvement in the massacre.

Attorneys representing George claim that he was not even at home the night of the murders.

This comes as Jake and his family decided to kill his daughter’s mother Hanna after hacking into one of their victim’s Facebook accounts, prosecutors claim.

A court heard on Tuesday that the allegedly murderous family saw a crucial message that Hanna sent about their custody battle.

His mother Angela Wagner, who pleaded guilty to helping plan the 2016 killings, testified while her other son George Wagner IV, 31, was on trial.

She told the court her family decided to kill Hannah and seven of her relatives after they saw a message she sent on Facebook where she claimed “they will have to kill me first,” to get custody of her three-year-old daughter.

Angela also claimed she bought shoes at Walmart for her sons to wear the night of the murders and forged documents to keep Jake and Hannah’s daughter “if anything bad happened,” as reported by WLWT5.

His father George “Billy” Wagner has also been charged in connection with Hannah’s murder, as well as that of her parents, Chris Rhoden Sr. and Dana Manley Rhoden, and her brothers, Frankie Rhoden and Chris Rhoden Jr.

The members of the Wagner family were not arrested until more than two years after the slayings.

Speaking during his brother George Wagner IV’s trial, Jake told how he attended the victims’ funerals with his brother and father and “tried to erase the memory” of the killings.

Jake claimed he and his father, George Wagner III, hid the murder weapons in a lake on his grandmother’s property, as reported by Law & Crime.

The admitted murderer said he and his elder brother and father drove to three separate locations to commit the murders.

He claimed his father was supposed to kill Chris Rhoden Sr but didn’t shoot, so he did it himself.

Jake claimed he decided he had “no other choice but to kill Hanna” to protect their daughter.

Jake Wagner said he still loved his former girlfriend but believed she was dating men who would molest Sophia.

He agreed to testify against his brother, George Wagner IV, 31, in exchange for being spared the death penalty.

Jake Wagner said the other intended victims outside of his daughter’s mother were Hanna’s brothers Frankie and Chris Rhoden and their father, Chris Rhoden Sr.

The family decided they had to kill everyone who could point the finger at them. Canepa said some of the victims were treated as “collateral damage.”

George Wagner IV is the first person to go on trial for the killings.