Schoolboy, 16, wanted by cops after ‘true gentleman’, 21, stabbed to death 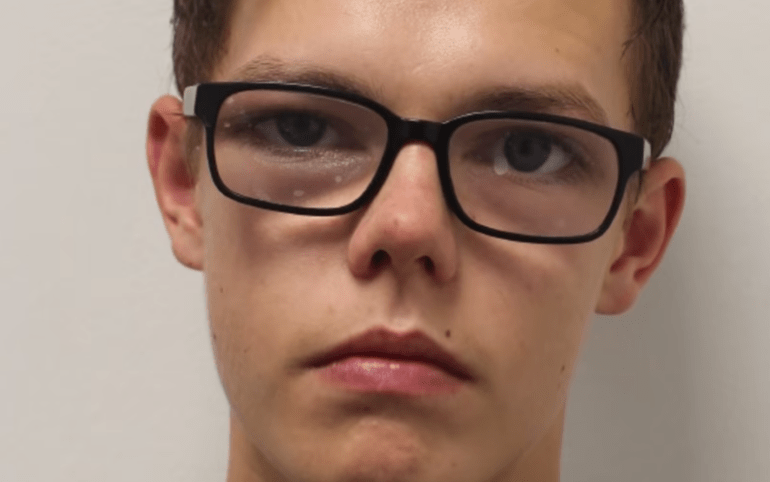 
COPS are hunting a schoolboy wanted on suspicion of murder after a 21-year-old man was stabbed to death in the street.

Police are trying to track down George David, 16, after the death of Gabriel Petrov Stoyanov in Downham in south east London last Friday.

He has links to Bromley and Orpington.

Anyone who sees him is urged to call 999 immediately and police have warned the public not to approach him.

A murder probe was launched after Gabriel was stabbed in Bromley Road, Downham shortly before midnight on Friday.

He was rushed to hospital but sadly died on Saturday afternoon.

Two men have been arrested on suspicion of murder, police said.

Cops are now hunting for George – and said it’s possible he’s being hidden or moved around by people he knows.

In a direct appeal to him, the Met vowed: “We will seek to arrest and prosecute you to the fullest extent of the law.”

Detective Chief Inspector Kelly Allen said: “Two arrests have been made as part of our investigation but we urgently need to speak to George David.

“Officers from across the Met are working to trace him.

“George, my message directly to you is that you must attend a police station immediately.

“We believe it’s possible George is being hidden or moved around by people he knows.

“My message to those people is that if you are working to frustrate our inquiries you should be very much aware of the trouble you could find yourself in.

“We will seek to arrest and prosecute you to the fullest extent of the law.”

Touching tributes have poured in for Gabriel – with pals describing him as a “true gentlemen with a heart of gold”.

One friend wrote on Facebook: “Left the party too soon my friend. I hope you are in a better place.

“Words are not enough, but we will always carry you in our hearts.

“We’ll see each other again I’m sure I’m asking anyone willing to help his family through this ordeal. We love you, Gabriel!”

Another said: “This was a good man that lost his life over nothing.”

Police are urging anyone with information to call 101, quoting reference CAD 8645/04Nov.