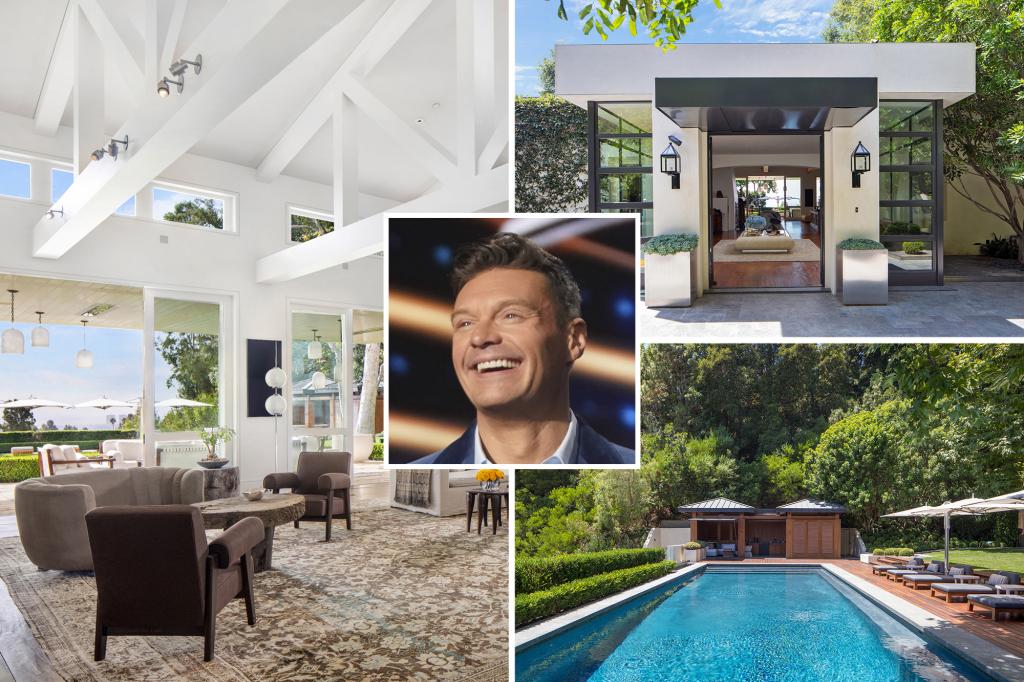 
This TV star is bidding adieu to the Los Angeles area.

Ryan Seacrest, the “Live with Kelly and Ryan” and “American Idol” host, has successfully sold off his final large property in town as he spends more time in New York, TMZ first reported. The price: a cool $51 million.

Seacrest bought the opulent, multi-building estate from Ellen DeGeneres for $36.5 million in 2012. Although $51 million is nothing to sniff at, Seacrest did aim for a higher price. He listed the Beverly Hills address for $85 million in 2020.

Although a 40% markdown, the final payout makes the home 90210’s second most expensive sale of the year, beaten only by the $58 million that Adele reportedly spent for Sylvester Stallone’s former Beverly Hills home.

Before settling for $51 million, Seacrest had re-listed the spread for $69 million earlier this year, TMZ reported. Westside Estate Agency’s Kurt Rappaport represented both sides of the deal.

The enormous Cabrillo Drive compound has five buildings spread over its 125,000-square-foot lot, including an ivy-covered 9,200-square-foot single-story main house, two guest houses, a separate gym, a pool and a teak pool house, not to mention the subterranean parking situation — an underground garage beneath the property. The grounds also boast a reflecting koi pond, “manicured lawns, and zen-like gardens,” according to the listing.

The main house has four bedrooms and six bathrooms, and there are an additional three bedrooms and four bathrooms between the other structures. The main house’s master suite has a meditation garden, a patio and a skylit bathroom. There’s also a movie theater, a massage room, an outdoor pizza oven, a spa and remarkable views of LA from across the lush lawns.