HomeSPORTSRoman Reigns says he has a chip on his shoulder against hating...
SPORTS
July 1, 2021 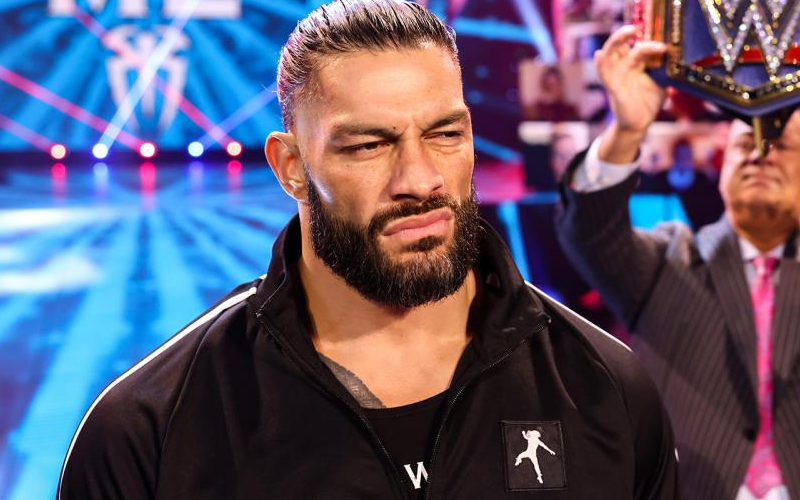 Roman Reigns was pushed as the top babyface in WWE for years, but the fans rejected him. When The Rock raised his hand in victory, they kicked him out of the building. This is something about which the current incarnation of Reigns has not forgotten at all.

while talking to Cheap Heat with Peter Rosenberg, Roman Reigns was asked about the fans who constantly booed him over the years despite his push. He was asked about a chip on his shoulder and whether he drives them. The tribal chief confirmed that the chip still remains on his shoulder and he can’t wait to interact with fans live once again to showcase that aspect of his character.

“Can I say that? Yeah it’s huge, man; and that’s exactly what drives me. So, with this race alone, that I’ve shown at Thunderdome alone, I can run above what I already did is.”

“Then you take in this last year of performance and whatever I set out to do, I’ve either done it or I’m in the middle of that point to get the achievement, but that’s a thing. What we haven’t been shown is that relationship with the fans, with the WWE Universe, with people who might have made it a little harder than it should have been, but at the same time through all these hardships and struggles. From, all that pressure comes from a diamond, right? I wouldn’t be the same if I didn’t have these different adversities to work with as an artist, and all these different lessons to learn and, you know. Well, I’ve been through these growing pains, but man once we get to a point that makes my character and what I’m doing so special I’ve formed a relationship with every character in the company. […] But I haven’t been able to demonstrate that relationship with the live crowd yet.”

Reigns said he got “a little taste” of interacting with fans live at WrestleMania, but he wants more than that. The company’s return to live touring will rekindle an organic response on WWE television. It will be very interesting to see if the live fans keep on booing the tribal chief after such an impressive run.

What do you have to say about Roman Reigns’ current run? Is he still going to get booed by live fans?