Relax, people — ‘The Crown’ is just a silly TV show 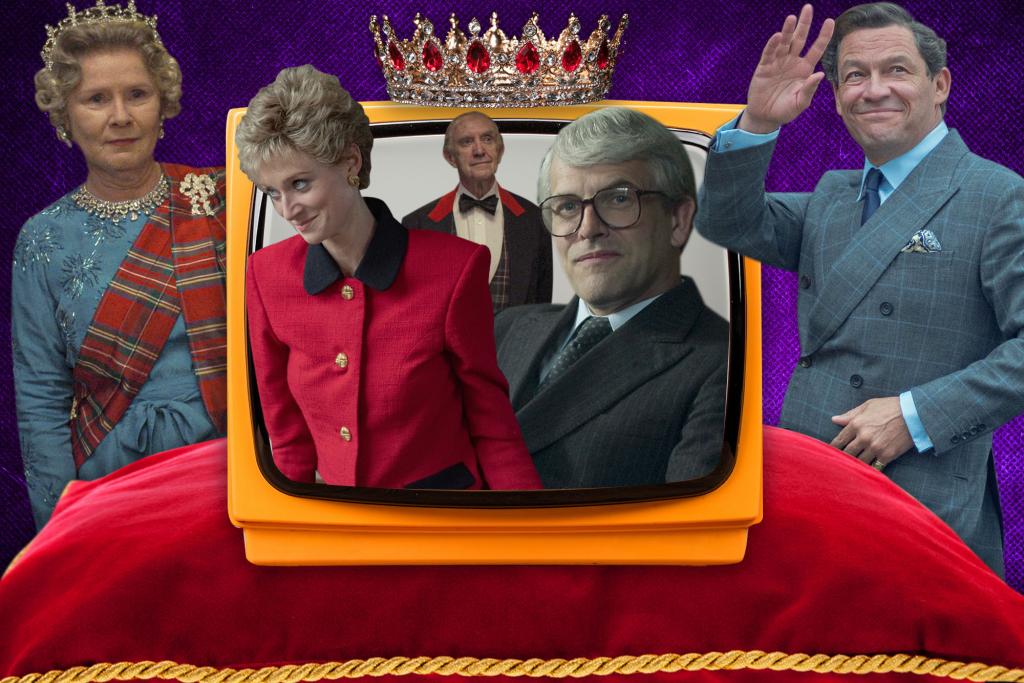 
The crowing about “The Crown” has grown so loud, you’d think that Season 5 of the Netflix series was the greatest single struggle Great Britain has faced since World War II.

So much for keep calm and carry on.

Controversies swirling around the latest chapter of the Emmy-winning drama, which hit the streaming service Wednesday, are being written about constantly. Celebrities and politicians are fervently denouncing the way Peter Morgan’s popular series devilishly plays with the facts.

“I fear,” said Dame Judi Dench in a letter to the UK’s Times newspaper, “that a significant number of viewers, particularly overseas, may take her version of history as being wholly true.”

With all due respect to Dench, who cares?

I, a lowly American, have watched all 10 episodes of the new season, have formed my opinions of the parties involved, and — by golly — the monarchy hasn’t crumbled. Buckingham Palace still stands. Everybody can relax, because “The Crown” is a TV show, not a coup.

Anyway, the reliably royalist series has always been somewhat fictitious. Nobody can presume to know if Prince Philip really privately demanded that his wife, Queen Elizabeth II, break with tradition by not making him kneel to her during her coronation. However, the closer the program gets to the present day, the more arbitrary objections are aired about imagined — but dramatically delish — behind-closed-doors scenes.

Season 5 takes place during the 1990s, as Prince Charles (Dominick West) and Princess Diana’s (Elizabeth Debicki) marriage is publicly in tatters and Charles’ affair with Camilla Parker Bowles comes to embarrassing light via an intercepted steamy phone call. That all undeniably happened and has been exhaustively reported on. Sorry!

What has inflamed Dench and former UK Prime Minister John Major, though, are bits in which Prince Charles, now King Charles III, suggests to the PM an early abdication for his mum and a fast-track to power for himself. Major denies the chat ever occurred. Nobody seems to care that newspapers have reported for decades that Charles was frustrated in his role as heir.

Another plot line that has rankled some uptight viewers is the implication that Philip had an affair with Penny Knatchbull, now the Countess Mountbatten of Burma, who was more than 30 years younger than him. The show never outright says he did, or depicts any tacky shenanigans. One royal biographer called her the “second-most important woman in the Duke of Edinburgh’s life” and his “keeper of secrets.” But, hey, it’s the fault of “The Crown” for dramatizing it.

Some critics and powerful voices find the season’s release so soon after Queen Elizabeth’s death in September at age 96 to be in poor taste.

Oh, please. Royal riffs are nothing new. William Shakespeare’s “Richard III,” based entirely on rumors, depicted that old British monarch as a scheming villain who delighted in murdering anyone who stood in his way.

To this day, Dick’s evil reputation is disputed by historians. Richard also, it turns out, wasn’t a hunchback. But no one is demanding Shakespeare in the Park put a warning in its programs saying “‘Richard III’ is a work of fiction and should not be taken seriously.”

And why should the royal family be afforded considerations virtually no other subject of a biopic ever is?

Look at Netflix’s last megahit show, “Dahmer — Monster: The Jeffrey Dahmer Story,” about the cannibalistic serial killer. While there was a sprinkle of controversy about Ryan Murphy’s grotesque series, it was muted by comparison. Millions watched it. No celebrities or politicians vocally stood up for the still-living relatives of Dahmer’s victims. Their hurt feelings, apparently, are minuscule next to those of the taxpayer-funded royal family, who need our full and uninterrupted support 24/7.

The royal show continues to be a big-drama, frivolous, and yes fictional, guilty pleasure. Nothing wrong with a little palace intrigue.