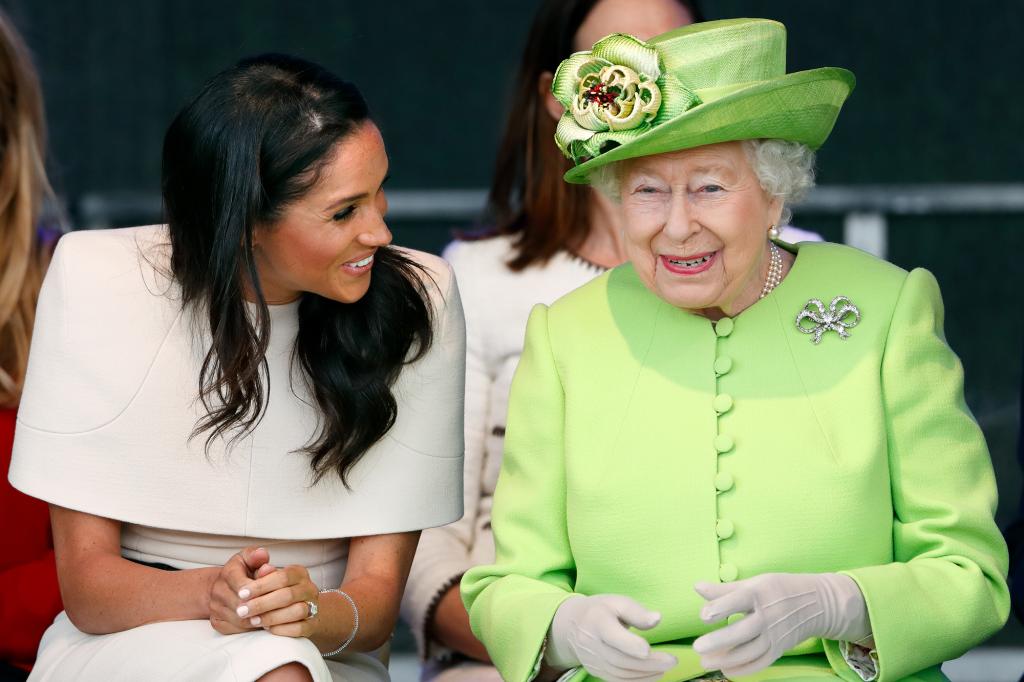 
Queen Elizabeth “would have supported” Meghan Markle and Prince Harry’s decision to live outside of England “for years,” according to royal expert Andrew Morton.

The “Diana: Her True Story — in Her Own Words” author described how the monarch would have been “understanding” of the Duke and Duchess of Sussexes’ decision to leave the Firm on the “Pod Save the King” podcast.

Harry, 38, and Markle, 41, made headlines in January 2020 when they opted to take a step back as senior members of the royal family.

They subsequently moved to Montecito, Calif.

The writer attributes his statements to the fact that the queen and her late husband Prince Philip lived in Malta for two years following their wedding.

“Back in the late 1940s after they married, the queen and Prince Philip lived in Malta for a while as he was pursuing his career in the Royal Navy,” Morton, 69, said. “Many thought he would end up as first lord of the Admiralty as he was such a star.”

He also noted how the Invictus Games founder and the former “Suits” actress were first thinking about moving to New Zealand and even spoke to the prime minister of the country at one point.

“They had all kinds of plots and thoughts for their future,” he claimed, adding: “It didn’t work out because when it actually comes down to it, Prince Harry is cursed with charisma but hates being a prince and I think that He saw Meghan as a way out. They didn’t have to leave the royal family in the way that they did, but they did.

“The queen has always been very understanding of anybody who wants to step back for a few years and just enjoy family life because you’re a long time being a royal,” the author pointed out.

Morton achieved worldwide fame when he published the biography of Harry’s mother Princess Diana in 1992. She had secretly recorded tapes of content that she passed to Morton in order for him to ghostwrite her thoughts on paper for the world to read.

The book detailed her rocky marriage to then-Prince Charles (now king), her eating disorder as well as her feelings of depression and loneliness while being in the royal family.

“She always had a fizzy sense of humor, ready to prick the merest hint of pomposity,” Morton reflected on Lady Di in a 2017 column he wrote for The Post.

“It was an exhilarating time, helping to shape the future of one of the world’s most famous young women right under the noses of Buckingham Palace and the mainstream media,” he added of listening to the tapes back in 1991.