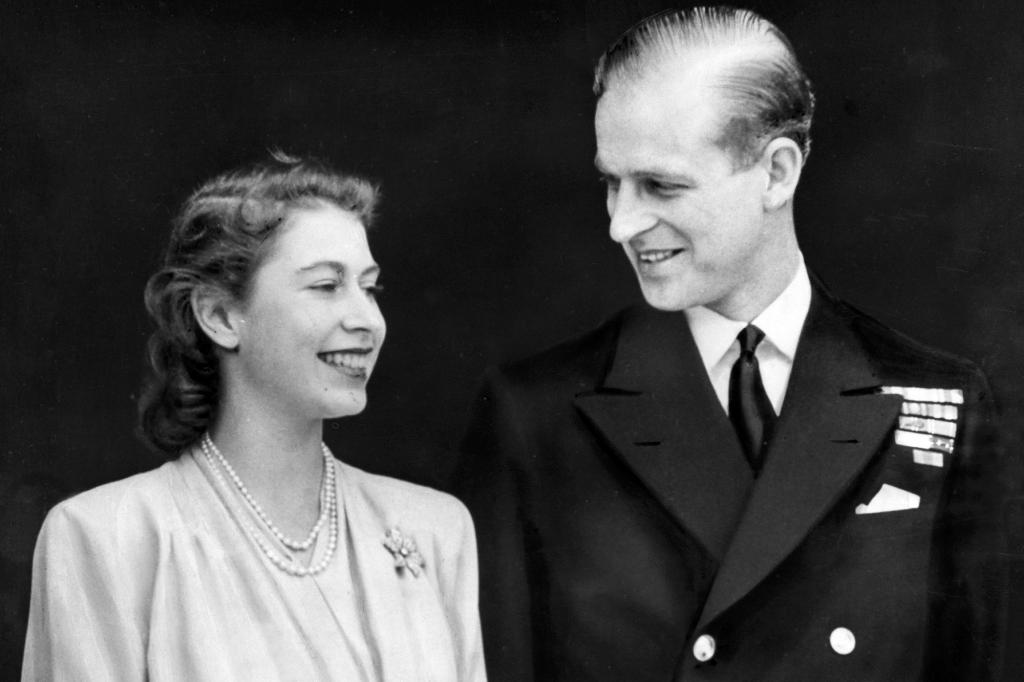 
Queen Elizabeth died peacefully in her sleep at Balmoral Castle at age 96 on Thursday — just a little over a year after her beloved husband passed on April 9, 2021.

Lasting more than seven decades, the romance between Queen Elizabeth II and Prince Philip was a love story that captivated followers for generations.

The legendary pairing — which was the longest marriage in the history of the British royal family — began in 1939, when a 13-year-old Princess Elizabeth of England officially met, and was instantly charmed by, the dashing young Prince Philip of Greece.

All of 18 at the time, Philip Mountbatten was preparing for a career in the Royal Navy, attending Britannia Royal Naval College in Dartmouth, England, where Elizabeth’s father King George VI had also attended.

Despite the pair having met at royal events before, the third cousins ​​— both of them shared a great-grandmother in Queen Victoria — weren’t properly introduced until young Elizabeth was touring the Naval College.

According to those close to the family, it was love at first sight.

Prince Philip was always ‘the right man for the job’

Queen Elizabeth’s nanny Marion Crawford wrote in her book “The Little Princesses” that the teenager would “turn pink” whenever she saw Philip, adding she “never took her eyes off him.”

Her interest in the young prince was also acknowledged by her cousin Margaret Rhodes, who wrote that the princess “was truly in love from the very beginning” in her autobiography “The Final Curtsey: A Royal Memoir by the Queen’s Cousin.”

Elizabeth wasn’t the only one taken with the handsome prince. King George VI reportedly felt Philip to be “the right man for the job” of the soon-to-be queen’s consort.

The young lovers spent years keeping in touch by exchanging letters with each other during World War II. Their engagement was finally announced in July 1947, just after Elizabeth turned 21. Philip renounced his rights to the Greek and Danish thrones, and the couple was married in November 1947.

The royal newlyweds spent the first couple of years of their marriage in Malta, where Prince Philip was stationed with the Royal Navy. However, the relocation proved to be short-lived, with King George unexpectedly passing away in 1952 after several years of illness.

He gave up everything for his queen

Just six years into their marriage, Elizabeth, then 27, became the Queen of England in 1953. With her assuming the throne, Philip was forced to give up his naval career. According to several reports, the Duke of Edinburgh initially struggled with the change, along with other quirks that came with being married to the queen. For example, their children (Prince Charles born in 1948 and Princess Anne born in 1950) were not given his surname due to their mother’s title.

Still, his allegiance never seemed to waver: At the coronation in 1953, Prince Philip knelt down in front of his wife, the queen, swearing: “I, Philip, Duke of Edinburgh, do become your liege, man of life and limb and of earthly worship.”

Accommodations were made over the years. In 1960, before their third child Andrew was born, the queen and the Duke of Edinburgh decided the Queen’s children, when they needed a surname, would be given the name Mountbatten-Windsor to reflect Philip’s surname. The Queen gave birth to her fourth child, Edward, in 1964.

Although the monarch never publicly “gushed” over her husband, she notably called him her “constant strength and guide” during her 2012 Jubilee speech.

“He is someone who doesn’t take easily to compliments, but he has, quite simply, been my strength and stayed all these years,” the monarch said during a speech on her 50th wedding anniversary in 1997.

She continued: “And I, and his whole family, and this and many other countries owe him a debt greater than he would ever claim, or we shall ever know.”

“I think the main lesson that we have learned is that tolerance is the one essential ingredient of any happy marriage,” he said while celebrating their 50th wedding anniversary. “It may not be quite so important when things are going well, but it is absolutely vital when the going gets difficult. You can take it from me that the queen has the quality of tolerance in abundance.”

After Philip’s death at age 99 in 2021, grandson Prince William spoke of his dedication to his wife and family.

“My grandfather’s century of life was defined by service,” he wrote on the Kensington Royal Instagram page. “To his country and Commonwealth, to his wife and Queen, and to our family.”

in 2021, during the queen’s annual Christmas speech, she spoke of her longtime husband, speaking of his “sense of service, intellectual curiosity and capacity to squeeze fun out of any situation,”

“That mischievous, inquiring twinkle was as bright at the end as when I first set eyes on him,” she said during her speech. “But life, of course, consists of final partings as well as first meetings; and as much as I and my family miss him, I know he would want us to enjoy Christmas.”

Like any couple in the public eye, the royal romance suffered rumors of infidelity, particularly on Philip’s part. However, none have been confirmed.

Ultimately, the epic relationship between the Queen of England and the Duke of Edinburgh was a lasting inspiration for the love of service.