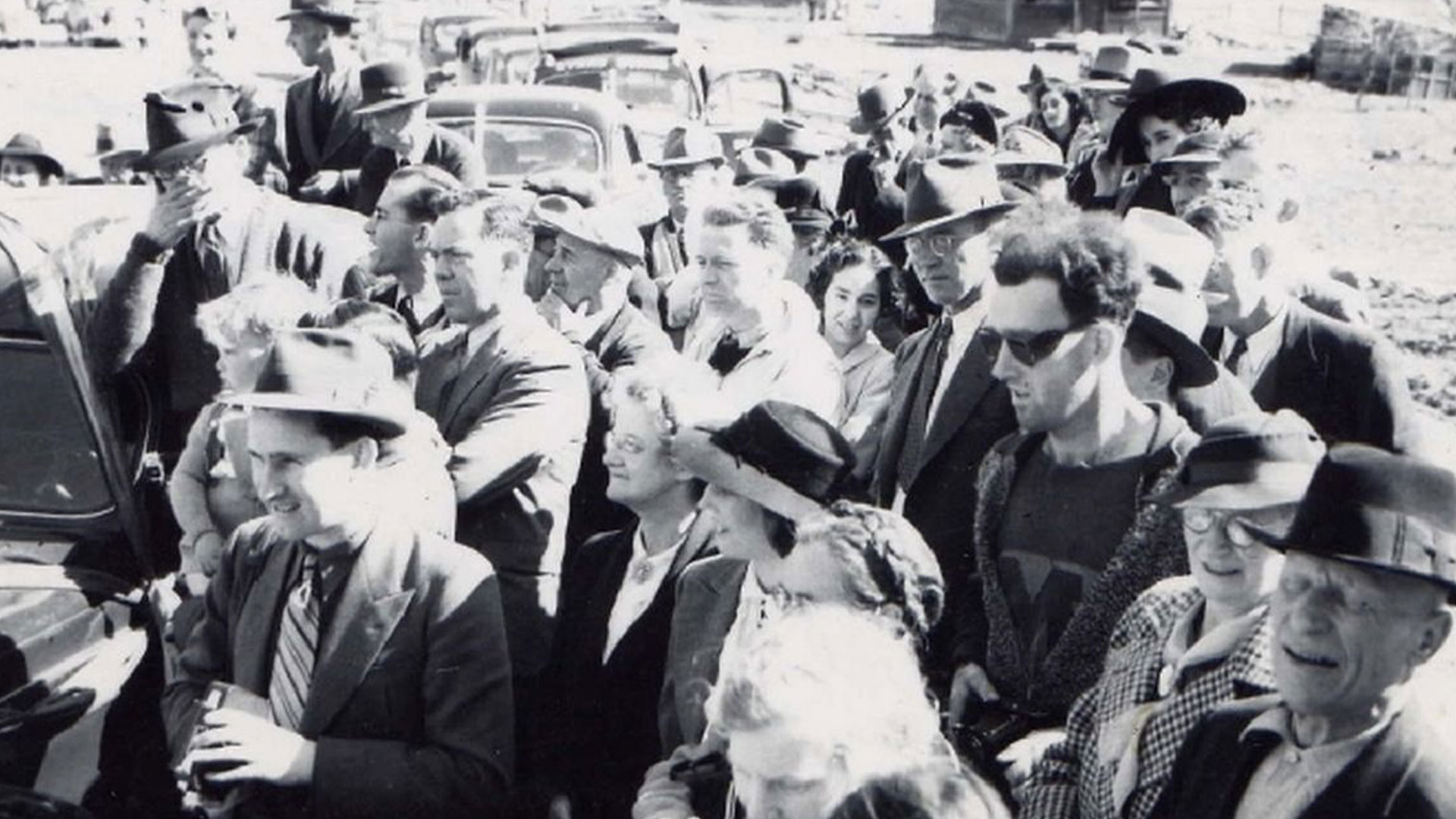 
CONSPIRACY theorists are once again claiming that a recently resurfaced photo from the 1940s proves time travel exists.

The photo in question was taken in 1941 at the reopening of the South Fork Bridge in Canada, according to the Mirror, and features a man appearing to wear modern clothing.

Specifically, the man is seen wearing dark sunglasses, a zip-up hoodie sweatshirt and a dark shirt that appears to have the letter “M” on the front.

Additionally, the man appears to be holding a portable camera in front of him.

Since the photo was first made public in 2004 and later on the internet in 2010, according to Snopes, conspiracy theorists hit the internet speculating that the man looked too modern for the 1940s.

“Logically, I know it’s not a time traveler, but it’s really hard to remember that when I see this picture. I love it,” one person wrote in a Reddit thread.

Another chimed in saying: “Even the lady next to him is looking at his camera like, ‘WTF is that!’

However, much to the chagrin of time travel believers across the internet, the man has been repeatedly proven not to be from the future.

In 2015, Snopes highlighted that all the items the man was wearing and holding were available in the 1940s.

Starting with this t-shirt, the fact-checking website noted that the “M” was the logo for the Montreal Maroons, a professional ice hockey team that played in the NHL from 1924 to 1938.

The sunglasses – while not popular at the time – were also available.

While the first DSLR cameras weren’t made until the 1990s, Kodak was manufacturing portable film cameras decades before, making the camera in the man’s hand accurate for the time.

Over the years, conspiracy theorists have often pointed to out of the ordinary photos from history as “proof” that time travel exists.

Last month, some time travel believers pointed to a photo of a New York dockyard from 1905, claiming that a man with a mohawk hairstyle was proof – despite him wearing similar clothes to everyone else in the photo.

Others spotted a man in a brown suit in a 1940s seaside photo, who appears to be holding an object that looks like a smartphone. Some social media users quickly shot down the theory, claiming the man was simply rolling a cigarette.

Some people are also convinced that a man in a 1943 photo taken in the Icelandic capital of Reykjavik is also holding a mobile phone.

Many people brushed off the theory saying he was simply scratching his ear, clutching his pipe, or even holding his watch up to check if it was working.

Conspiracy theorists have even gone as far as to attempt to prove that time travel is real by pointing to a 350-year-old painting by Dutch painter Pieter de Hooch, in which a man can be seen clutching a rectangular object that some have said is a smart phone.